Scott Foley Snapchat Name – What is His Snapchat Username & Snapcode? 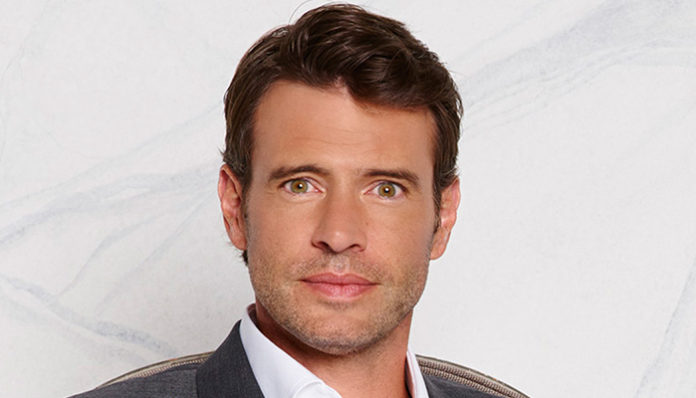 American actor Scott Foley has appeared in a variety of TV shows over the years including Felicity (1998), The Unit (2006), and Scandal (2013). Prior to his rise to fame in the show biz, he used to work at Mrs. Fields Cookies. It wasn’t until he was twenty three that he made his acting debut in an episode of Sweet Valley High (1995).

Born on July 15, 1972 in Canada, Scott Foley spent the initial years of his childhood in Kansas City with his two siblings before relocating to Australia and Japan due to his father’s work as an international banker. When he was fifteen years old, he moved back to St. Louis, Missouri with his family. As a teen, he went to Ladue High School before transferring to Clayton High School from which he eventually graduated from.

After a few minor roles in Sweet Valley High (1995), Crowned and Dangerous (1997), and Step by Step (1997), Foley landed his first recurring role in the popular teen drama, Dawson’s Creek (1998) where he played as Cliff Elliot. From there, he appeared in two TV films, Someone to Love Me (1998) and Forever Love (1998) before scoring his breakthrough with the drama series, Felicity (1998).

His first major role as an actor, Felicity saw him playing one of the lead characters alongside Keri Russell, Amy Jo Johnson, Tangi Miller, and Scott Speedman. Created by Matt Reeves and J.J. Abrams, Felicity revolved around the college life of the show’s protagonist, Felicity Porter (played by Russell). Introduced in the pilot episode, Foley took on the role of Noel Crane, the resident advisor.

Premiered on September 29, 1998, Felicity drew in an average of 4.4 million viewers during its initial season. While ratings dipped in the subsequent years, it went back up to 3.2 million during the fourth and final season in 2001. Generally well received throughout its four-year run, it was hailed as “One of the 100 Best TV Shows of All Time” by Time Magazine in 2007.

A main character for all four seasons, the actor ultimately appeared in all 84 episodes of the show. For his stunning portrayal of Noel Crane, Foley received four separate Teen Choice Award nominations, two in 1999, one in 2000, and another in 2002.

The brainchild of David Mamet, the show revolved around a top-secret military unit known as the Delta Force (modelled after a real-life special operations unit in the United States). One of the main characters from the start, the actor played as Sergeant First Class Bob Brown; he’s joined by actors Dennis Haysbert, Audrey Marie Anderson, Regina Taylor, Abby Brammell, and Max Martini.

Incredibly successful, perhaps even more so than Felicity, the first season garnered an average of 15.5 million viewers. Nominated for a Primetime Emmy Award, The Unit ultimately ran for three years before being cancelled by the network in the summer of 2009. Although his role didn’t net him any wards per se, it remains to be one of his more well remembered roles on television.

From there, Foley appeared in a few TV films including True Blue (2010), Open Books (2010), and The Doctor (2011). In 2010, he also played a recurring role in Grey’s Anatomy, where he portrayed the love interest of main character, Izzie Stevens. Later appearing as Patrick Devins in True Blood (20110), it wasn’t until 2013 that he returned as a protagonist in the political thriller, Scandal.

Created by Shonda Rhimes, the show has won numerous awards since its premiere including a Peabody Award for Excellence in Television. Playing the character of Jake Ballard, Foley started off as a recurring character in season two before being promoted to a series regular in season three. Following the end of season six in May 2017, it was announced that it had been renewed for a seventh and final season.

Perhaps the most noteworthy film that he’s starred in is the 2000 slasher, Scream 3. Directed by Wes Craven, its cast consisted of Neve Campbell, Patrick Dempsey, David Arquette, and Courteney Cox Arquette, among a few others. Screened on February 4, 2000, it ended up being a huge hit at the box office with a worldwide gross of $161.8 million.

For his portrayal of Roman Bridger, he received his fifth Teen Choice Award nomination for Choice Sleazebag.

After two more appearances in Stealing Time (2001), and Below (2002), it wasn’t until 2014, well over a decade later, that he returned on the big screen in Let’s Kill Ward’s Wife, a black comedy that he also helped to produce, direct and write.

Scott Foley has been married to Marika Dominczyk since 2007. A year after getting engaged, they tied the knot at a private ceremony in Hawaii. The couple have three children together, a daughter named Malina and two sons, Konrad and Keller.

Prior to this, he was married to actress Jennifer Garner; they separated and filed for divorce in 2003 after three years of marriage. 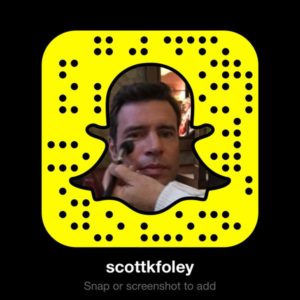 In January 2016, Foley announced through Twitter that he had joined Snapchat. If you’d like to add Scott Foley to your friend list, you can do so by clicking here.

If you want to follow Foley on Facebook, you can do so by liking his official page at @scotkellermanfoley.

Want to see some of his pictures/videos? You can do so by following him on Instagram at @scottkfoley.

The easiest way to stay connected with the star is probably through Twitter. You can find him at @scottkfoley.