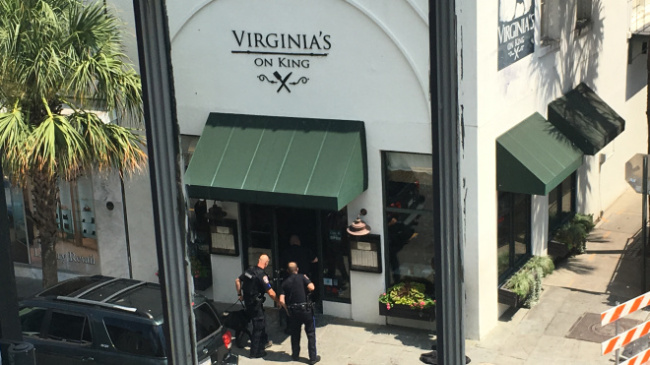 Police have shot and critically wounded an angry Employee who entered a restaurant and killed one person. The incident happened at a time when the restaurant was crowded.

Some people managed to escape but many were taken hostage by the man. The person killed by the man was a restaurant employee.

The incident, which happened in Charleston, South Carolina, began when the man entered the restaurant during lunchtime. The gunman took hostages and police used hostage negotiators to talk to him. The city’s mayor, John Tecklenburg, said the gunman is in critical condition. The mayor said this was not an act of terrorism or hate crime but a disgruntled employee.

Charleston police sent SWAT and a bomb disposal team to the restaurant. According to a police spokesman, the man took a couple of hostages. He was shot by police as they tried to end the hostage situation.

Interim Charleston Police Chief Jerome Taylor confirmed that all hostages had been rescued safely. The incident happened at Virginia’s restaurant, which is located in an area that is usually crowded. Authorities told everyone in the area to leave as they were dealing with a hostage situation. A couple that escaped from the restaurant told local media that the man appeared to be an ordinary grandpa but had a crazy look.

The man was shot by police and taken to a hospital. The mayor confirmed a few hours ago that the gunman is in critical condition.