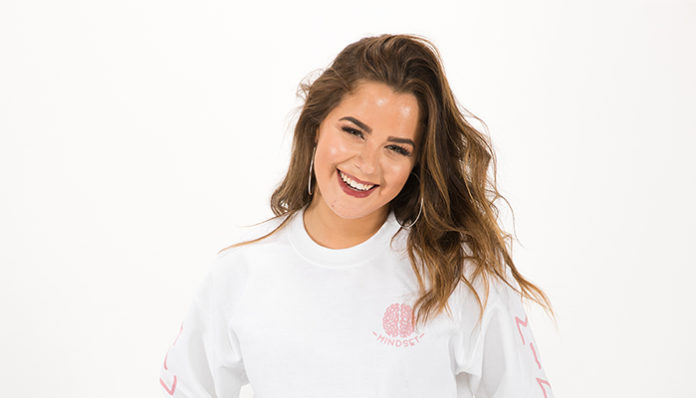 Known for her vlogs and dance videos, Tessa Brooks is one of the most popular personalities on Youtube. After taking up dancing at the age of two, she quickly realized that it was something that she wanted to pursue in life. While still in grade school, she caught the attention of a TV producer who subsequently signed her onto the show, Disney’s Next Big Thing.

Throughout her early teens, she appeared as a dancer in several productions including Dance Camp, Miss Coco Jones, and Diamond White. Then in 2011, Brooks decided to make herself known on social media- more specifically, on Youtube. After posting a series of dance videos, she eventually started to upload vlogs, which quickly garnered her a following on the site.

As of 2017, the 18-year-old has over 2.6 million subscribers on Youtube. Since then, she’s also attained a decent following on a few other platforms including Twitter, Facebook, and Instagram. Currently it is estimated that Tessa Brooks has an estimated net worth of $350,000. How did this fortune of hers come to by? Where does she earn her money from? Let’s find out.

How did Tessa Brooks Make Her Money & Wealth? 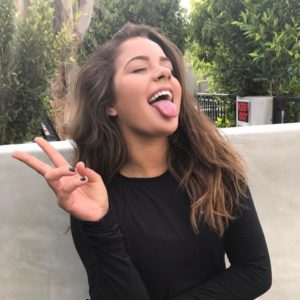 Born on April 5, 1999 in California, Tessa Brooks took her first dance lessons at the age of two. From a family of dancers, it quickly became apparent that she’d inherited her parents’ talents for the art form. Throughout grade school, the brunette performed a number of shows- ultimately, it was at one of those events that she’d caught the attention of a producer who happened to be in the audience. From there, she eventually landed a spot on, Disney’s Next Big Thing.

Since then, she has performed at a variety of events including at the Miss California Pageant, and at the Haiti Benefit Concert. At one point, she even danced as the famed Carnation Theatre as part of a Michael Jackson Tribute show. As an actress, Brooks has also appeared in a few national commercials such as those for Just Dance 4, Coca Cola, Skechers, and Aquestria Girls.

However, it wasn’t until the early 2010’s with the creation of her Youtube channel that her popularity began to soar. At the age of eleven, Brooks decided to jump onto the bandwagon that was the video-streaming site. Initially, she saw it as a platform to showcase her dance videos, as such, most of her early uploads consisted of her showing off her dance moves.

Today, Brooks is best known for her vlogs, most of which easily garner over a million hits each. Currently, her top video, Hickey Prank on Chance! (He Freaked Out) has received more than 7.4 million views. Some of her other popular uploads include Chance Moved in With Me!!, I Taught Jakes Mom How to Twerk!!!, I Got Robbed with Knife! Police Came! (Not Clickbait), and Coachella Got Crazy!.

Since she first created her channel in September 2011, the 18-year-old has amassed over 2.6 million subscribers with more than 164 million lifetime views. With the audience that she has on Youtube, it’s obvious that she’s been monetizing her content through Google’s partnership program. By displaying advertisements, users are able to earn a fixed amount per 1,000 views.

So how much has Tessa Brooks made from her Youtube channel? Typically, the site’s payout ranges anywhere from $2 to $5 per 1,000 monetized views. Despite the fact that she has over 164 million video views, typically only 40% of one’s total count can be monetized. Assuming this is true, and that she makes at least $2/1000 views, then she would have earned ~$65,000 from her channel so far.

Naturally, her earnings from Youtube would go up as her subscriber count (and view count) goes up. According to Socialblade, her channel has been growing exponentially since January 2017. From then until now, her following on the site has jumped from 8K to over 2 million! As of July 2017, it would appear that she gains upwards of 15K new subscribers a day.

Also noteworthy is the fact that she’s affiliated with Team 10- a group of social media stars who often collaborate and work with each other. Over the past few years, she’s posted several videos with fellow members including Jake Paul, and Chance Sutton.

Aside from her successful Youtube career, Brooks is also considered a social media influencer on Instagram with over 3.5 million followers on the app. Considering her wide reach, it wouldn’t surprise us to know that she’s partnered up with brands and companies in the past for endorsement or sponsorship deals. Did you know that such campaigns can easily reel in a few thousands of dollars for online celebrities?

Speaking of online endeavours, the 18-year-old even has her own merchandise store via fanjoy. From the looks of it, the site sells an array of items from phone cases for $16.99 to hoodies for $35.95. You can look at the products yourself by clicking here.

Currently it is estimated that Tessa Brooks has a net worth of $350,000. With all that’s been said above, it’s probably fair to assume that she earned most of this amount through endorsement deals and the like on social media. Still, it’s obvious that she has multiple things going for her.

Does Tessa Brooks Have a Boyfriend?

This June, Tessa Brooks broke the news on Youtube that she’d gotten married to her boyfriend, Chance Sutton, a fellow Team 10 member. Just a few days ago however, it was announced that the two had gone their separate ways.

On August 5, 2017, the dancer posted a short video onto her channel, one in which she explained how “[they] want their friendship to last as long as possible.” Despite the fact that they’re no longer a couple however, Brooks reassured fans that they’re still best friends and that they’ll still be blogging together in the future.

Does Tessa Brooks Have Any Children?

No, Tessa Brooks does not have any children that we know of.

Did Tessa Brooks Go to College?

From what we can tell, Tessa Brooks has not gone to college- having said that, not much is known about her education history.

At one point in time, Tessa Brooks lived with her then boyfriend, Chance Sutton in California. Unfortunately, we do not have any details nor photos of her location at this time.

What Kind of Car Does Tessa Brooks Drive?

From a dancer to being a social media star, Tessa Brooks had undoubtedly made her mark on the Internet over the past few years. To date, she has over 2.6 million subscribers on Youtube, more than 3.5 million followers on Instagram, and over 72K fans on Facebook.

How Much Did Tessa Brooks Make Last Year?

We do not have any information on Tessa Brooks’ 2016 income at this time.