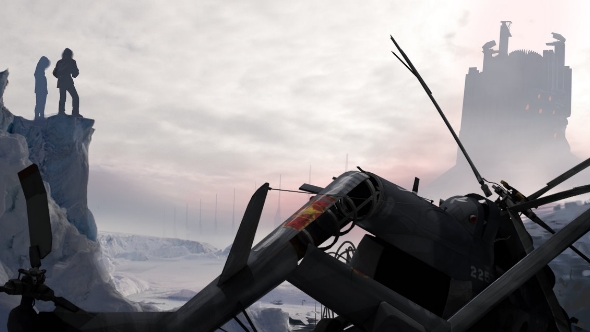 It’s been a long wait for any word on the Half Life Franchise. Most players would think that if a game’s main character has a habit of drifting in and out of time, the franchise itself would pop in and say hi to the fans once in a while. Well, much to our surprise and with little announcement, the specter of what made Valve the company it is today crept out to the world by way of writer Marc Laidlaw. So let’s take our crowbars and crack this case, shall we? Just as a fair warning to all those who haven’t played the Half-Life series, there’s going to be a good deal of spoilers and spoilers related discussion ahead.

First off, let’s dispel a few common rumors floating around the internet. Is this the fabled Half-Life 3 that has been the cause of memes, conspiracy theorists (seriously, some people think the Illuminati are causing HL3 to not be released) and people to prod fun at Gabe for never releasing a third installment of everything? Well, probably not. According to most sources, as well as the “script-like” document which can be found on Github, it appears it was more like a Half-Life 2: Episode 3, which is still a step in the right direction. Laidlaw ended up leaving the company not too long ago and thus appears to either have posted this as a means of gaining hype, or over frustration that the game hasn’t been released in basically a decade.

The document itself is composed much like a memoir of a soldier after a war. Written in the view of Gordon Freeman, it first addresses the fact that he has not been seen or heard from in quite some time, attributing that to crossing dimensions and being wholly unable to communicate as a result. After apologizing for the delay, he quickly delves into what should be going on in this episode.

Picking up after the death of Eli Vance, the story follows Freeman and Alyx Vance into the Antarctic wastes to find the ship Borealis, one that Eli very much wanted destroyed but the rest of the team thought could hold a promise of salvation. Unsurprisingly, along the way their transport is taken out of the sky, and there is a good deal of trauma induced amnesia. After this, the pair continue heading for the Borealis, who appears to be switching in and out of dimensions and is about to be captured by the Combine. Ironically, it turns out the pair are the ones detained, first thought to be by the Combine, but instead by the underling of Dr. Breen, who died in a previous installment but whose personality was grafted on to what is described as a biological blank (slug). Quickly it’s made clear the Breen doesn’t want to exist in his current state and is a prisoner of the Combine, and Gordon finds a more ethical way of ending him than how Alyx would have preferred.

Soon thereafter the pair run into Judith Mossman, who gave them the coordinates of the Borealis in the first place. A conflict between Alyx and Mossman breaks out as Alyx believes her to be part of the reason her father died, all the while breaking the news to Mossman for the first time. Mossman comes clean as she admits to being a double agent who was serving the rebellion the whole time, but was okay with being labeled a villain if it meant the mission’s success. The now trio find something called a “bootstrap” device made by Aperture Labs (is anyone else thinking a Portal cannon?) that can keep the ship solid enough to board as well as acting as a transporter without any outside devices being needed. They then clamber onto the ship to witness a confused space-time scenario, one moment in Michigan at the time of deployment of the Borealis, and another in their current geological and time space. As a fun aside, the Michigan dry dock of the Borealis is a nod to a location in Portal Two, where said location is part of a level. 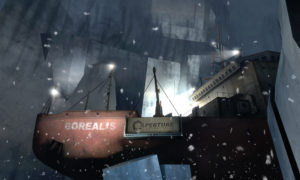 Now came the time for a great choice in the plot, would they destroy the ship (with themselves on it) as desired by the now dead Eli Vance, or would they try and use this tech to their advantage? As one could expect, despite some conflict, the solution of keeping the ship intact was decided upon. What came as a shock was that in a rage, Alyx shoots and kills Judith, and decides on the suicide mission of driving this ship as a missile into the heart of the combine. Before this occurs though, Alyx is contacted by someone that the player should know all too well, the G-Man. Unlike previous times, his purpose was not to wake, summon or save Freeman, but to carry Alyx away before the final moment. During what were thought of as his final moments, he saw the Dyson Sphere of the Combine and all their power, and knew full well this was a fool’s errand, and a worthless sacrifice. Before his death, he is then taken out of reality by the Vortigaunts, another familiar group.

The letter ends in saying that the resistance against the Combine either failed or succeeded without him, and will need to stay without him. This could be strung to imply that if there is another game, we may not play as Gordon Freeman, or anyone we currently know. Could there be a reboot of the series? Or is this the end of the line?

Does this mean Half-Life 2 Episode 3 Cancelled? 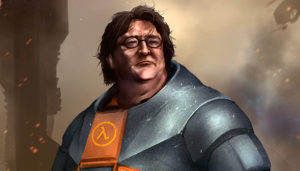 In a way, yes. The current iteration, the storyline that we have seen, can be seen as a nail in the coffin for that specific installment, but perhaps not the whole series. After uploading the story, Laidlaw tried to change the name of the main characters he was writing about to not license protected, but obvious references to said characters. And it would seem that Valve is not interested in shutting down this leak, which could make one believe this avenue of development has ended. However, in subsequent interviews, Laidlaw has claimed that he does not want to disclose clarifications on this document as Valve may one day want to use these plot points as building blocks or big reveals in later games.

Likewise, in previous years, Gabe Newell has made some comments that have lead many to believe that Half-Life 3 is not dead, but waiting. These comments have basically amounted to “We are awaiting technology to catch up to our ideas”, as each new Half-Life entry has served as a major introduction to new technological features, such as physics puzzles back in the second episode. That means for us fans, there’s still a wait to be had. So while Half-Life 2 Episode 3 is effectively cancelled, Half-Life 3 is still not quite confirmed, but at least there’s still hope.