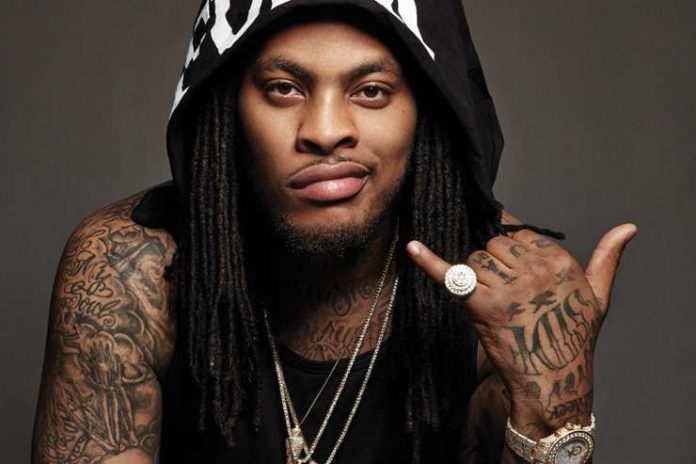 Waka Flocka Flame is a very well-known rapper who broke out into the mainstream scene during the early 2010’s. He worked very hard at becoming successful for a very long time, and all of that hard work ended up paying off. Today, Waka Flocka Flame is a majorly recognizable name in rap and in hip-hop as a whole. He isn’t in the news as often as he used to be, but he’s still someone that most hip-hop fans are familiar with. He has millions of fan who are avid supporters of his work. These fans are especially vocal on social networking platforms like Facebook, Instagram, Snapchat, Twitter, and even more. As someone who recognizes the role that his fans played in his rise to success, Waka Flocka is known to sometimes engage with his fans over social media.

Waka Flocka Flame, also known as Juaquin Malphurs, was born in May of 1986 in South Jamaica, New York. Although he was born in New York, he grew up for most of his life in Riverdale, Georgia. His mother has always played a very large role in his career, as someone who is the CEO of So Icey/Mizay Entertainment. Maplhurs got his first taste of real fame in 2009, with the release of the single “O Let’s Do It”. Although this single didn’t end up winning a Grammy or anything, it peaked at number 62 on the US Billboard Hot 100. It was just a first step, but it was still a very strong first step. Waka Flocka would end up releasing his debut album Flockaveli in 2010. Around this time, he was strongly associated with 1017 Brick Squad. 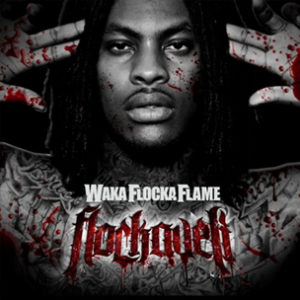 1017 Brick Squad was a hip-hop collective that consisted of Waka Flocka Flame, Gucci Mane, Frenchie, Wooh Da Kid, and OJ Da Juiceman. Gucci Mane and Waka Flocka were very close friends for a very long time, but due to some drama involving Gucci Mane firing Waka Flocka’s mother, some strain was placed on their overall relationship. Flockaveli was a very popular release regardless of everything that happened during its production, however. It was highly praised by critics and hip-hop fans alike, and it did very well for itself on a commercial level. It debut at number 6 on the Billboard 200 chart, selling over 35,000 copies in its first week of release.

Flockaveli spawned several successful singles, including “Hard in da Paint” and “No Hands”. These tracks would go on to become some of Waka Flocka’s most popular works. Following the release of this highly successful album, Malphurs took some time to crank out some mixtapes before he released a collaborative album with Gucci Mane entitled Ferrari Boyz. This album was successful, although it wasn’t really as successful as Waka Flocka’s debut album. It sold around 17,000 copies during its first week of release. Waka Flocka’s second album, Triple F Life: Friends, Fans & Family, was released in June of 2012. This was a star-studded release, featuring talent like Nicki Minaj, B.o.B, Ludacris, Drake, and Travis Porter. 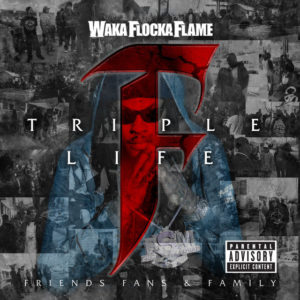 Triple F Life: Friends, Fans & Family was about as successful as Waka Flocka’s initial release, and it received similarly positive reviews. (The album also did very well for itself in Canada, interestingly enough.) Very shortly after the release of this album, Malphurs announced that he had finished his third album Flockaveli 2. However, following a ton of different delays, it seems like this album can be expected to drop later this year! It’s looking like it’s going to be released some time this October. I’m sure fans of Waka Flocka are very, very excited for this release, especially considering all of the hype that has surrounded it for the last few years. 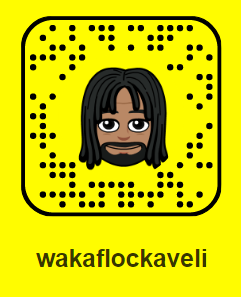 Waka Flocka Flame is in many ways a pop culture icon today, so it would only make sense that he would use something like Snapchat. His username with Snapchat is wakaflockaveli, and if you’re so inclined, you can add Waka Flocka Flame on Snapchat by clicking the link right here. Another thing that you can do is just scan his Snapcode using the Snapchat app. I have included an image of his Snapcode above for your convenience.

Waka Flocka has been using Twitter since all the way back in 2009, and since then he has been able to accumulate nearly 2 million followers. You can join the ranks of these 2 million followers if you have a Twitter account yourself. Waka Flocka Flame’s Twitter username is @WakaFlocka, and you can see what he shares with his followers by clicking here.

Waka Flocka Flame has a large fan base on Instagram! He has nearly 2.5 million followers on the social network as of this writing. The username attached to his official, verified account is simply wakaflocka. Feel free to check his account out by clicking the link right here.

I wouldn’t blame you for assuming that Waka Flocka Flame may have an account with the messaging application. However, if he does in fact have a Kik username or code, he hasn’t shared these details with any of his fans. It’s fully possible that Waka Flocka Flame has a Kik account, but he probably uses it personally and privately if he does have one. With that in mind, if you happen to encounter someone on Kik who is claiming to be Waka Flocka Flame, then they are fakes.