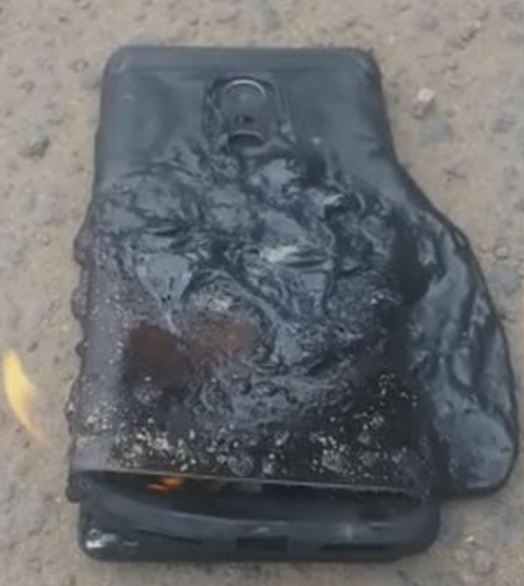 Xiaomi, one of China’s most popular smartphone makers, has launched an investigation after a report mentioned that a Redmi Note 4 had exploded in a person’s pocket.

The incident reportedly happened when the owner of a Xiaomi Redmi Note 4 was riding a bicycle. According to a local media report, the smartphone exploded in his pocket. The explosion left burns on the area of the leg where the pocket is located.

Images taken shortly after the incident show the burn and what appears to be a heavily damaged Xiaomi Redmi Note 4. In the images, the back cover can be seen almost completely melted. The camera and the fingerprint scanner are barely visible on the image. The images don’t show the front of the device but the explosion appears to have popped open part of the back cover.

According to the report, the owner is planning to take the matter to court and seek compensation. The report also mentions that the man bought the phone on Flipkart.

Xiaomi launched an investigation after the report surfaced. The company said it is trying to contact the owner and a spokesperson told Gadgets 360 that Xiaomi takes such matters seriously as customer safety is of utmost importance for them. The spokesperson also said that all their devices go through rigorous quality tests and that they have contacted the customer and are in the process of receiving the phone to investigate the case.

The Xiaomi Redmi Note 4 is a popular phone in India and a few other markets. The company said a few days ago that it had sold more than five million units in the country. The smartphone was released in India six months ago.

The report came just weeks after a video showed what appeared to be a Redmi Note 4 catching on fire. The company investigated and later confirmed that the phone seen in the video was not a Xiaomi Redmi Note 4.