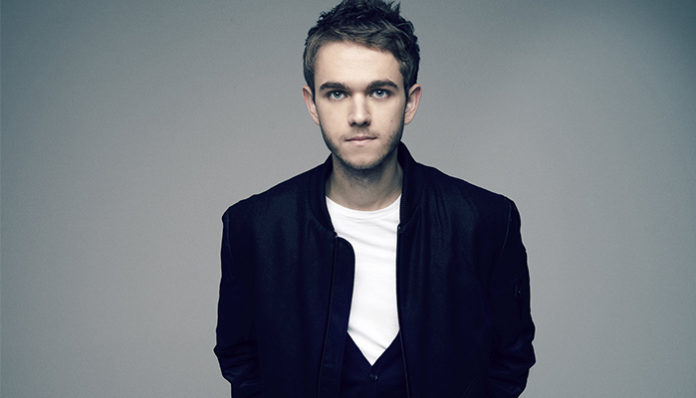 Hailing from Germany, singer-songwriter Zedd is best known for his electro house music. At the age of thirteen, he joined a German band called Dioramic with whom he performed with for several years. Ultimately it wasn’t until 2012, with the release of his second single, Spectrum that he rose to fame.

Born on September 2, 1989 in Saratov, Russia, Zedd (Real Name: Anton Zaslavski) grew up in the German city of Kaiserslautern; his family had moved there when he was just still a toddler. The son of two musicians, he began to play the piano at the age of four. As mentioned above, he played for a deathcore band, signed by Lifeforce Records, for a few years before deciding to pursue a solo music career.

Ultimately, it was the works of the French electronic duo Justice, that inspired him to pursue the electronic genre. Shortly after leaving Dioramic in 2010, he produced a number of original songs and remixes, a couple of which earned him  awards. In 2011, Zedd released his first single titled, Shave it Up via OWSLA Records; unfortunately, it did not create that much of a stir.

It wasn’t until he dropped his second record, Spectrum after signing with Interscope Records, that he first began to garner greater attention. Featuring Matthew Koma, the track ended up reaching number 80 in Germany. In the United States, it also enjoyed some degree of success, having peaked at number 36 on the Mainstream Top 40 and number 10 on the Hot Dance/Electronic Songs chart.

On October 5, 2012, Zedd delivered his debut album titled, Clarity. Produced by himself with help from Lucky Date, it received mixed reviews from critics upon its release. Despite this, it managed to enter the Billboard Top 200 at number 38 and the Top Dance/Electronic Albums at number 2; within the first week, it had sold approximately 12,000 copies. Some highlights from the disc include Lost at Sea, Clarity, Follow You Down, Fall Into the Sky, and Codec.

While the album didn’t chart in his native Germany, it did go on to reach as high as number 2 on the Top Dance/Electronic Albums chart in the United States.

By December, the 10-track project had given rise to his most popular single at the time, Clarity (Feat. Foxes). In the US, the song later received platinum certification from the RIAA.

In September 2013, Zedd released his next single, Stay the Night. Compared to Clarity by some, it featured vocals from Hayley Williams, the lead vocalist of Paramore. On the charts, the record number 15 in Germany and number 18 on the Billboard Hot 100. Given stellar reviews by critics, many of whom praised the artist’s potential, the song later earned him an MTV Video Music Award in 2014.

From there, his next bit hit was that of, I Want You to Know, released in February 2015. A collaboration with popular singer Selena Gomez, the electropop song entered the US Dance/Electronic Songs chart at number 6 and the Mainstream Top 40 chart at number 24. Hugely popular, it has since attained platinum certification in the United States.

That summer, Zedd released his long awaited studio album, True Colors. Featuring collaborations with Logic, Troye Sivan, and Jon Bellion, it contained the tracks Addicted to a Memory, Done with Love, Bumble Bee, Papercut, Beautiful Now, and Daisy. The winner of a Billboard Music Award, it reached number 50 on the German Albums chart. More popular in the United States, it settled at number 1 on the Top Dance/Electronic chart and at number 4 on the Billboard Top 200.

Since then, the artist has put out a number of additional tracks including Adrenaline, Ignite, Get Low, and State (with Alessia Cara), the last of which has gone platinum twice in the US.

Aside from his albums and singles, the 27-year-old star has also released a series of extended plays throughout the 2010’s. These include: The Anthem (Remixes), Autonomy, Shave It- The Aftershave, Stars Come Out (Remixes), Spectrum, Clarity (Remixes), and Beautiful Now (Remixes).

As far as other works go, he also contributed to the popular songs, Break Free by Ariana Grande and Starving by Hailee Steinfeld and Grey- both of which have since gone multi-platinum in the US.

Aspected from a popular artist, Zedd has performed in front of crowds countless times since his debut. In 2013, he embarked on his first tour, the “Moment of Clarity World Tour”, in support of his debut album. Then in 2015, he headlined a three-legged tour which saw him travelling to Asia, Europe, and North America.

Currently, he is in the middle of his 2017 Echo Tour. From the looks of it, it will be continuing until later this November.

Undoubtedly one of the most popular artists of the electronic genre, Zedd has garnered much recognition over the past few years.

In total, he has received over 60 nominations.

In 2016, he was also the focus of a documentary called, Zedd True Colors. 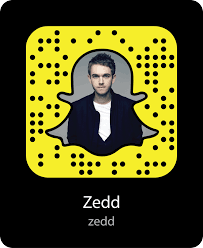 In May 2015, the German singer announced through Twitter that he had “finally” joined Snapchat. Want to add Zedd onto your Snapchat account? Simply click here to do so.

Over 7 million fans have already liked his Facebook page- now you can too! You can find the German singer’s official account at @Zedd.

Want to view some pictures from his every day life? You can do so by following him on Instagram at @zedd. He already has over 4.8 million followers!

To keep up to date with his latest releases, you can follow him on Twitter at @Zedd. As of 2017, he has more than 5.4 million followers.

Like many celebs, Zedd also has his own Youtube page. Since his channel was first launched in 2010, he has amassed well over 62 million lifetime views. You can find him on the site at @ZeddVideos.

To view his official music videos, you can also visit his official VEVO Youtube page at @ZeddVEVO. With more than 3.4 million subscribers, his MVs have been viewed over 1.1 billion times!