Aaron Carter Snapchat Name – What is His Snapchat Username & Snapcode? 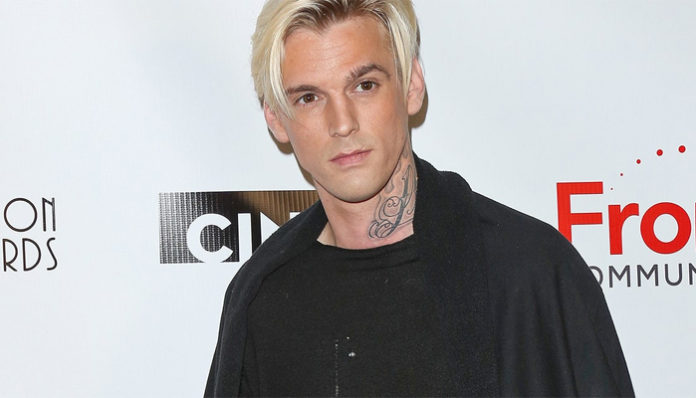 A former teen idol, Aaron Carter first established himself as a hip hop singer in the late 90’s. A performer since the age of seven, he eventually landed a music deal after opening for The Backstreet Boys at the age of ten. From there, he dropped his first single, Crush on You later that fall, which garnered him a considerable amount of attention. A few months afterwards, he dropped his self-titled album, which eventually went gold in a handful of countries.

Born on December 7, 1987 in Florida, Aaron Carter is the son of Robert Gene Carter and Jane Elizabeth Spaulding. The younger brother of Nick Carter- a member of the Backstreet Boys, he grew up listening to music. Following in his foot steps, he eventually started to perform at the age of seven as part of a rock band called Dead End. After leaving the group, he opened for a Backstreet Boys concert in Berlin for which he sang a cover of Crush on You by The Jets. As it happened, it eventually netted him a record deal.

At the age of ten, Carter released his eponymous debut album, Aarton Carter on June 16, 1998. A mix of dance and teen pop, the project came with thirteen songs including I Will be Yours, Crazy Little Party Girl, Tell Me How to Make You Smile, I’d Do Anything, Please Don’t Go Girl, and Swing it Out. Though it didn’t chart on the Billboard Top 200, the album did go on to peak at number 17 on the Top Heatseekers chart with more than 100,000 domestic sales.

Then two years later, he received a break with second full length project, Aaron’s Party (Come Get It). A strong follow-up to his earlier debut, it quickly propelled him to stardom in the early 2000’s. Produced by Steve Mac, the album boasted fourteen tracks including I Want Candy, The Clapping Song, Iko Iko, That’s How I Beat Shaq and Hang on Sloopy. Considerably more successful than its predecessor, it peaked at number four on the US Top 200; elsewhere, it also charted in Australia, Canada, Sweden, Germany, and Denmark.

Supported by a concert tour that summer, Aaron’s Party (Come Get It) remains to be his most successful album in the United States- as of 2017, more than 3 million copies have been sold across the US, a feat that earned it 3x platinum accreditation from the RIAA.

Following his big break, he came out with his third album, Oh Aaron on August 7, 2001. His second record with Jive, it featured guest vocals from No Secrets and his brother, Nick. Accompanied by a concert DVD, some highlights from the eleven-song track list include: Not Too Young Not Too Old, I’m All About You, Come Follow Me, and Aaron Carter Spoken ID. In the United States, Oh Aaron reached as high as number seven on the Billboard 200. To date, it has gone platinum in the US with over one million sales.

Then on September 3, 2002, he released his third album, Another Earthquake!. Produced by Martin Bushell, Jeff Coplan, Kenny Gioia, among others, it made it to number 18 on the Billboard 200 with approximately 41,000 sales. His final studio album, it contained thirteen tracks including Without You (There’d Be No Me), Do You Remember, You Get to My Heart, and Keep Believing. Though the project received favorable reviews, it did not manage to surpass the success of his earlier titles.

Though he stopped coming out with albums in 2002, the singer has continued to go on tour over the past years- most recently, he embarked on Aaron Carter’s Wonderful World Tour in 2014. Some of the other tours that he’s headlined in the past include his Party Tour, Aaron’s Winter Party, Rock Rap N’ Retro Tour, Jukebox Tour, and After Party Tour.

Aside from the ones that he’s headlined, he has also helped open for the Backstreet boys twice during the late 90’s, and once for Britney Spears in 2000. For a brief period, he also co-headlined the Kids Go Music Festival, and the Radio Disney Live World Tour.

Aside from his burgeoning music career at the time, Carter also appeared on television multiple times during the early 2000’s. For instance in 1998, he made his TV debut in an episode of the Nickelodeon game show, Figure it Out. Afterwards, he made a few guest appearances in Sabrina the Teenage Witch (2001), Lizzie McGuire (2001), 7th Heaven (2004), and Family Affair (2003).

As of 2017, the former teen idol is single. Earlier this summer, he had split from his girlfriend Madison Parker after coming out as bisexual on Twitter. According to reports, the decision was mutual and they had separated amicably. Allegedly, the couple had started to date each other in 2016 after meeting each other on Instagram./ 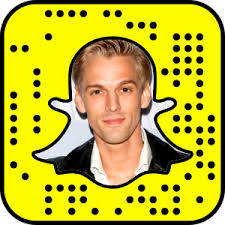 Are you a fan of the star? You’ll be happy to know that you can find him on Snapchat- to add him to your friend’s list, simply click here.

If you want to follow the singer on Facebook, you can do so by liking his official page at @AaronCarterMusic- it looks like he already has close to 5 million fans on the site!

Want to stay connected with the artist? Why not following him on Twitter at @aaroncarter? Over 630,000 fans have already done so!

Interested in seeing some photos from the star himself? You can find Carter on Instagram at @Aaroncarter, where he has more than 317,000 followers!

Perhaps you feel like listening to some of his hit songs? You can watch his music videos and more over at his official Vevo channel at @AaronCarterVEVO.