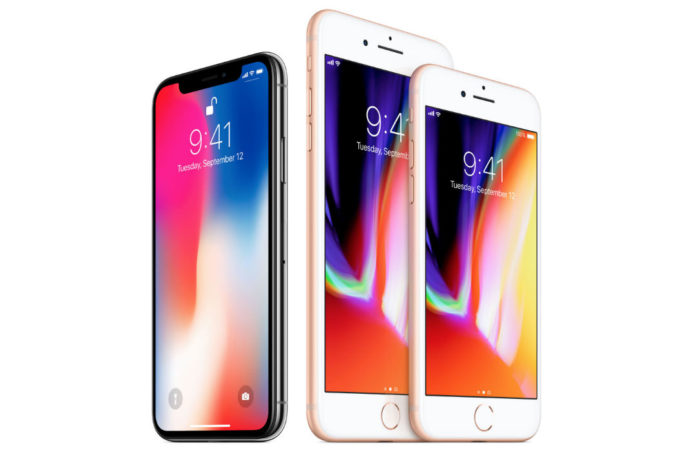 A few hours ago, Apple unveiled the new phones that fans had been waiting for but the tech giant also brought a few other products. The highly anticipated iPhone X has made its debut but the event was more than just one phone. Here are all the products unveiled on Tuesday at its new campus:

Last year’s release, the iPhone 7 and iPhone 7 Plus brought a few improvements but it wasn’t a huge difference from the previous device. On Tuesday, Apple announced the phone that had been appearing in rumors and concept images for quite some time.

The phone features facial recognition technology, something that had also been rumored a few weeks prior to the event. There is wireless charging and according to the company, the phone has two more hours of battery life. The color options are silver and space gray.

The removal of the home button means users will have to get used to the new features added to replace the many functions of the button. In previous iPhones, the home button was used for waking up the phone and going back to the apps section. With the iPhone X, users can wake up the device with a tap. The facial recognition technology can be used to unlock the phone.

One of the biggest question marks prior to the event was its price. In recent months, reports said the starting price could be as high as $1,200. Other reports revealed that it would be less at $999. The starting price is $999 and the phone will ship on November 3.

iPhone 8 and iPhone 8 Plus

Apple also announced two other iPhones, the iPhone 8 and iPhone 8 Plus. These two devices bring the same look as last year’s release but with a glass back. The phones also have wireless charging.

The iPhone X is a big change from previous releases but those who prefer a home button or don’t want to spend $999 for the premium phone have the iPhone 8 and iPhone 8 Plus, which have a similar design to the iPhone 7 but come with good improvements. The prices are:

The price is a little higher than previous releases and there is just two storage options, which means customers will have to spend $150 more to have the variant with the most storage.

In the event, Apple also announced the Apple Watch Series 3, which is the same size as last year’s release. The big addition on the new watch is the cellular connectivity.

The Apple Watch Series 3 pre-orders will begin on September 15 and the watch will start shipping on September 22.

The tech giant also announced an Apple TV 4K, which will be available for pre-order starting on September 15. The Apple TV 4K will begin shipping on September 22. The price for the 32GB will be $179 while the 64GB version will have a price of $199.

The Apple event on Tuesday brought a little bit of everything for fans. The iPhone X was the star of the show but the iPhone 8 and iPhone 8 Plus also look like solid options. There is also a new Apple Watch and a new Apple TV.

What do you think about the new Apple products? Are you waiting for the iPhone 8 or the iPhone X? Let us know in the comments.