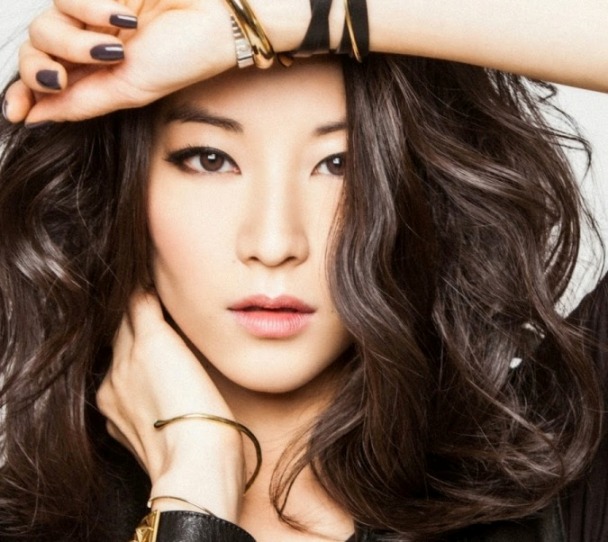 Arden Cho is an American actress, singer, model. She is most known for her role as Kira Yukimura on the MTV series Teen Wolf. Arden is also a popular social media personality, and is active on Youtube, Twitter, Instagram, and Snapchat.

Arden was born on August 16, 1985 in Amarillo, Texas to Korean-American parents. Growing up in Dallas, Texas, and then later in Minnesota, Cho participated in a variety of activities including dance, martial arts, painting, music, and cello. Many of these would in the future lay a solid foundation for Arden’s current multi-faceted career. Unfortunately, during this time she became a victim of bullying to the extent that she had to be hospitalized twice. Since then, she has spoken out in public about her experiences and against bullying.

Arden majored in psychology at the University of Illinois. This is where she took drama classes for the first time and began to seriously consider acting as a career. Upon graduating in 2017, she went on a two-month humanitarian trip to Kenya. By the time she returned, she had decided to move to Los Angeles to pursue acting full-time.

Arden first publicly emerged as an actress in 2008, in the 7-minute short film My First Crush. She played the grown-up version of the main character Hyori. In the same year, she appeared in Hoodrats 2: Hoodrat Warriors, written and directed by Edgar Arellano.

She would go on to have a series of roles in the upcoming years. Among the most notable would include guest-starring roles in CBS show CSI: NY where she played the main murder suspect’s daughter Gahee Paik, and in ABC Family’s Pretty Little Liars where she played Paige McCullers’ (Lindsey Shaw) friend Pru. In 2010, she starred in the long YouTube feature Agents of Secret Stuff, created and directed by well-known Youtube personalities Nigahiga and Wong Fu Productions. She appeared in her first full-length film in 2011, in which she played animal activist Gia in the monster film Mega Python vs. Gatoroid.

In 2014, Arden first appeared in the role that would make her famous: Kira Yukimura in Teen Wolf. Kira Yukimura arrived in Beacon Hills in season 3 as the new girl at school, and soon revealed herself to be a kitsune (a Japanese fox spirit). Over the course of the seasons, she learned more about her true identity, came into her own power, and fell in love with the protagonist Scott McCall. At the end of season 5, she left for training to hone her supernatural abilities. Arden appeared throughout the second half of season 3 as a guest star, and then as a series regular for seasons 4 and 5. Prior to season 6, Arden revealed on Youtube that she would not be returning.

Since Teen Wolf, Arden has starred in comedy series Tween Fest (2016-) as Lexii C. She is slated to have several movies come out: the action movie Joon, the thriller Flex, and Honored, where Arden plays one of four high school BFFs who reunite to fulfill a bucket list.

Many were introduced to Arden when she first appeared onscreen in Teen Wolf. Others might have known her already from her many other projects.

Years before she started acting, Arden won Miss Korea Chicago 2004. This led her to participate in the national Miss Korea competition in Seoul. Ultimately this was a disappointing experience as she found herself pressured to undergo plastic surgery.

This would not be the end of Arden’s career in Asia however. In 2010, she became the face of cosmetic brand Clinique’s advertisement campaign in Asia. Clinique reportedly stated that they “selected Cho not because she was Korean, but because she had the beauty to represent Asia”. She also modeled for Nike Japan in 2008 and for Reebok Korea in 2010.

Arden has an extremely active and popular YouTube channel with over 500,000 subscribers. In it, she posts her own original music, covers of songs, updates about her life, and plenty of other interesting content. You can find the link to her Youtube channel below.

On February 22, 2011, Arden made her music debut with the single I’m Just a Girl on iTunes, which she co-wrote and composed herself. The music video for I’m Just A Girl was self-produced and can be found on her Youtube channel. Two years later, she released her first EP, titled My True Happy. My True Happy contained 8 original songs (including the titular song My True Happy) and 2 covers. Music videos and lyric videos for many of the songs from her EP, as well as songs she’s released in the time since, have also been posted on her Youtube channel. Her music videos include collaborations with figures such as Tim Lacatena, Gerald Ko, Jason Chen, Ken Salomon and Megan Lee.

As of now, Arden has not been in a public relationship. There have been rumors that she dated/is dating Ryan Higa, more popularly known as NigaHiga, but they remain unconfirmed. Currently, Arden seems to be enjoying her single life. 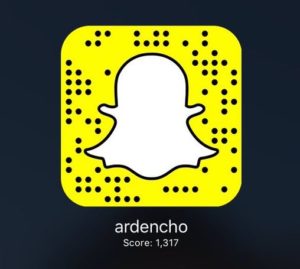 Arden Cho’s YouTube Channel – Arden has two youtube channels: ardenBCho, her channel for her music and more informal content, and ardencho, which houses her film/TV work.