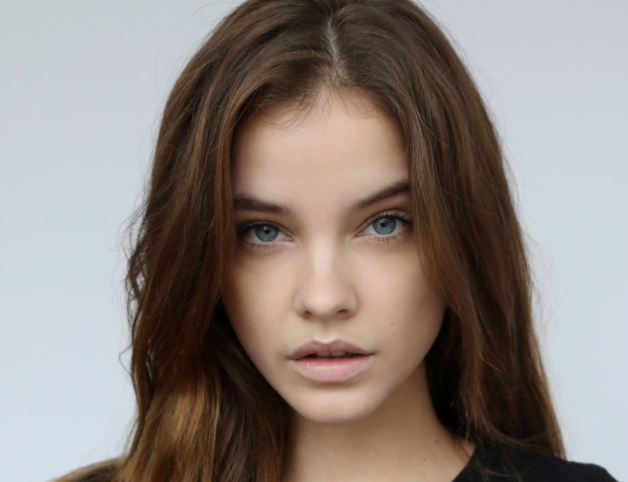 Barbara Palvin is a Hungarian model and actress. She was recruited at the age of 13 while walking down the street with her mother, and she’s only reached loftier heights in the ten years since.

Barbara Palvin was born in Budapest in 1993. As a child, she led an impressive but normal life, boasting fluency in Hungarian, French, and English, and she enjoyed hobbies such as singing and soccer.  Everything changed once she was discovered. Soon afterward, she picked up a series of bookings in Asia and lived in Japan for a while. After doing numerous photo shoots and magazine covers, she returned to Europe and began getting new, bigger opportunities.

In 2010, at the tender age of 16, Palvin was featured on the cover of major fashion magazines like the French and Russian editions of L’Officiel. She would also make her runway debut that year as well, striding down the catwalk during Milan Fashion Week modeling Prada.

Palvin had already been established in the modeling scene for six years, but in 2012, after her 19th birthday, she jumped into the mainstream limelight as a Victoria’s Secret Angel during the Victoria’s Secret Fashion Show. It was the first exposure she had in the mainstream, especially in North America, and her popularity only grew from there. She kept a regular gig as a Victoria’s Secret model, got picked up as the face of Gas Jeans, and became a spokesmodel for L’Oreal Paris at the Golden Globes within the next year. She even made an appearance in the 2014 feature film Hercules.

She has made numerous high-profile appearances since then. In 2016 she was featured in the Sports Illustrated Swimsuit rookie class. She was ranked #4 in Maxim magazine’s annual Hot 100 list the same year, and she is the official new face of Armani’s “Acqua di Gioia” fragrance.

She has walked for over a dozen high-profile brands, and models.com ranked her in the top 15 money girls in the modeling industry. With so much success, it’s hard to imagine how she could climb any higher, but at only 23 at the time of this writing, she’s still very young and still has many more accomplishments she can achieve.

As a famous model, Barbara Palvin is unsurprisingly popular with celebrity men. She is currently dating Julian Perretta, a 28-year-old British singer/songwriter. She had previously seen Niall Horan of One Direction fame and has been linked in rumors to other big stars, such as Formula One driver Lewis Hamilton, pop singer Justin Bieber, and actor Leonardo DiCaprio. 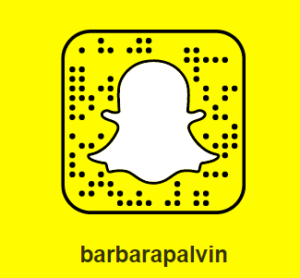 Barbara Palvin’s Snapchat username is easy to remember, as it’s just barbarapalvin. You can click here or use the snapcode above to add her.

Barbara Palvin Instagram Username — Keep up with all of Barbara’s latest Instagram pictures and videos at @realbarbarapalvin.

Barbara Palvin Youtube channel — Barbara has a youtube channel here. You can find many of her modeling videos there. Unlike all her other accounts, her name is shown in the standard Hungarian family-name-first order here.