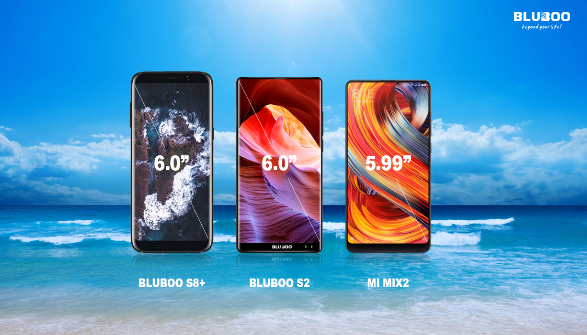 When you think about life beyond smartphones, you see that appearance is the first thing people look at. The smartphone industry is no difference as appearance has become a priority. One way to get a smartphone to stand out from the rest is to use the new full screen technology.

If you would like to check out the BLUBOO S1 you can click here to see the smartphone.

The BLUBOO S8 also uses this high screen to body ratio, and you can click here to learn more about the BLUBOO S8.

When it comes to BLUBOO, the company is not stopping there. They are developing two more full screen smartphones, which will be the BLUBOO S8+ and the BLUBOO S2. These two smartphones are set to really bring out the best qualities of both of the previous smartphones. 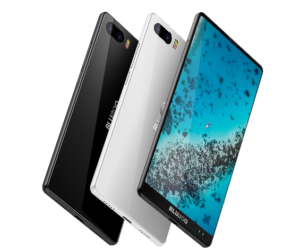 The BLUBOO S8+ will have the same 18:9 display but there will be a 6” HD screen with this smartphone. There will be 4G + 64G memory with the phone and it will come with a 3600mAh battery. The operating system will be the 360 OS, which is the same high performance and secure operating system as the BLUBOO S8. The cameras will be optimized as well, which means high quality pictures that you can take anytime or anywhere.

The BLUBOO S2 on the other hand, will also have the 6” display with the 18:9 aspect ratio. The front dual camera is going to have 258 sensors and will use the Sony IMX. The resolutions of the dual front cameras will be 13MP and 8MP. The rear camera will have 16MP and also have the Sony IMX 298 8MP sensors. Beyond that, the BLUBOO S2 will also more than likely have the optical fingerprint scanner. There are reports that the fingerprint scanner will be built into the screen itself, so we are excited to see that in action.

Regardless of how many companies try to use the Full Screen Display 2.0, the Chinese companies like BLUBOO seem to be taking things above and beyond. The price is attractive and the phone itself is also attractive. If you want more information about the new innovations that BLUBOO is coming up with, you can head to the official website.