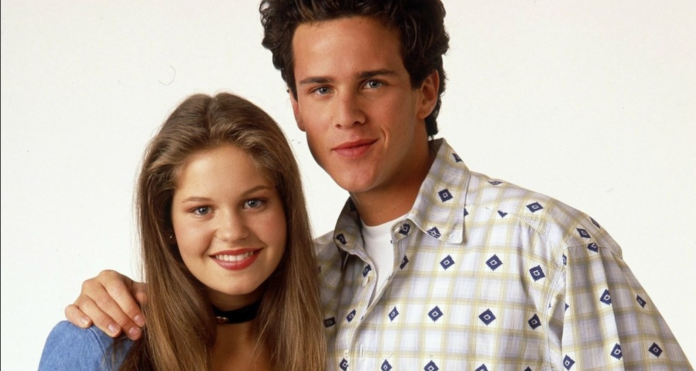 Candace Cameron Bure is perhaps most well known for her role as oldest sister DJ Tanner on Full House, and the follow-up, Fuller House. In addition to being an actress, she is also a talk show panelist, producer, and author. She has a famous brother in Kirk Cameron, who was also a child star. She was a talk show panelist for a year on The View, a daytime television talk show.

How Candace Bure Got Famous

Candace was born Candace Helene Cameron on April 6, 1976, in Panorama City Los Angeles California. Her parents were Robert and Barbara Cameron. Candace has three siblings, Bridgette, Melissa, and Kirk Cameron. Kirk is also an actor who is most famous for his role in Growing Pains. After watching her older brother in the acting business, Candace decided to also pursue that path. Her parents supported her while she started out in television commercials. Soon after, she started to get guest roles on popular TV shows of the time such as Growing Pains, Who’s the Boss, and St. Elsewhere. In 1985, Cameron had a guest role in the sitcom Punky Brewster where she played a girl who had been kidnapped by her father. In 1987, before she started in Full House, she was in the teen comedy Some Kind of Wonderful.

In 1987, Candace for your landed the role of Donna Joe Taylor, the oldest daughter on the television sitcom Full House. All Candace pure grew up during the course of that show, as she was a starring member from its start in 1987 until it’s and in 1995. She faced all kinds of childhood dilemmas, from getting along with her sisters to crash dieting. During the run of the show, Candace also got roles in made-for-TV movies such as No One Would Tell, Night Scream, and She Cried No. She was even on an episode of Bill Nye The Science Guy where she helped out Bill with his experiments. In 1990, Candace hosted the Nickelodeon Kids Choice Awards along with her co-star Dave Coulier. They brought her back in 1994 to host again.

Once Full Houses was over in 1995, Candace briefly guest starred on several shows before taking a break to care for her children. In the 2000’s, Candace took work on E network as a co-host on documentaries about child stars, and later when her kids were older she Guest starred on That’s So Raven. In 2009, Cameron was cast on Make It or Break It which ended in 2012. She competed on the 18th season of Dancing with the Stars, and along with her partner ended up in third place. When peak 90s nostalgia hit, it was announced that Candace Bure would act as DJ Tanner again in a Netflix spinoff called Fuller House. She also was chosen as a co-host of The View on season 19.

On June 2, 1996, Cameron married a Russian hockey player named Valerie Buri. They met at a charity hockey game, and they were introduced by her costar Dave cool yeah. The pair has three children, a daughter Natasha, son love, and another son Maxim. Candace took time away from her acting career in order to raise her family. When actress turned 20, she suffered from an eating disorder known as bulimia nervous that. She survived that episode in her life by becoming a Christian, and she also credits the strength of her marriage to her faith. 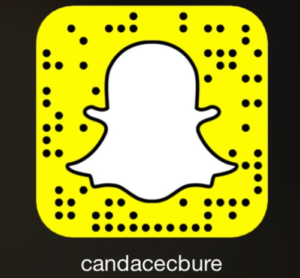 Candace Bure is on Facebook under the name Candace Cameron. She has 2.5 million followers on the social media platform. Her Facebook profile picture is a professional looking headshot, while her cover photo is the promo for her latest Hallmark mystery movie, A Bundle of Trouble: on Aurora Teagarden Mystery. The content that she posts is often regarding her Fuller House co-stars, various charity organizations that she is involved in, and promotion of whatever show she is in at that time. Just click here to join her Facebook followers.

Candace Bure has 2.5 million followers on Instagram. She has used that platform to post candids of her time at the beach, photos of her with costars such as John Stamos, Jodie Sweetin, and Bob Saget, and flashback pics of her husband playing hockey for the Panthers in the 2003 – 2004. Occasionally she also posts memes and photos of prayers that illustrate her faith. Just click here to join her followers in enjoying her content.

You can find Candace on the famous microblogging site under the Twitter handle candacebure. She had 563,000 followers, and over 28.7K tweets. She posted in early September of 2017 to raise funds for the Hurricane relief effort. Candace also uses this platform to repost her Instagram photos, and speak to her fans about things that are going on in her life. She posts news stories and promotions about the shows that she is on. Click here to get all of the awesome content she provides.

What is Candace Bure’s Kik Username or Code?

Candace Bure does not have a Kik messenger or at least a public username.

Candace Bure does not have her own official check marked Youtube page, but there is an account that claims to be her. The channel has 1,766 subscribers and hasn’t been updated in four years. It does have what appears to be videos from Candace Camaron Bure’s webcam and cell phone camera, so maybe it is legit, and she did not bother to get it authenticated. Decide for yourself, if you’d like. You can find plenty of other Candace content on YouTube by searching her name. There are many videos from the View, and scenes from her role as DJ on Full House.