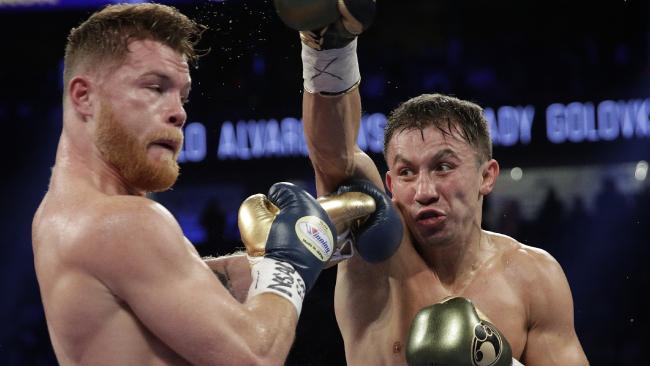 The match that many boxing fans wanted to see on Saturday ended in a controversial draw. Canelo Alvarez and Gennady Golovkin had an interesting fight but in the end, the crowd did not appear to be happy with the result.

Canelo and GGG had good moments throughout the match but boos were heard shortly after the results. Judge Dave Moretti scored the fight 115 – 113 Golovkin, Adelaide Byrd stunned many fans with a 118 – 110 score for Canelo while Don Trella scored it 114 – 114, ending the fight in a draw.

Canelo and GGG were quickly asked about the fight and what they thought of the score. Golovkin didn’t seem very happy about the result but said he was still the champion. Canelo responded to that by saying that it was a draw and that he didn’t win.

The question that everyone wanted to hear was asked shortly after. The two were asked about a rematch and Canelo said he would be interested if the people want one. Golovkin also agreed on the rematch.

The result continues to be a big topic on social media, with many criticizing the score by Byrd. Golovkin’s trainer Abel Sanchez also talked about Byrd’s score, saying he thinks she needs to be reviewed, go back to school and learn how to judge a fight.

The draw may have shocked many fans but the fight didn’t disappoint. Golovkin had a slow start but later controlled the pace of the match. Canelo struggled midway through the match but had strong final rounds.

The two displayed power early in the match and the first three rounds were very close. Golovkin had Canelo on the ropes on several occasions but he would often respond by shaking his head and saying no to his punches. Canelo bounced back late in the match and that effort appears to have saved him from a loss. Canelo said after the match that he had easily won seven or eight rounds.

The two called for a rematch after the fight, so we could soon see a Canelo Alvarez vs. GGG Part 2.