The Chainsmokers Snapchat Name – What is Their Snapchat Username & Snapcode? 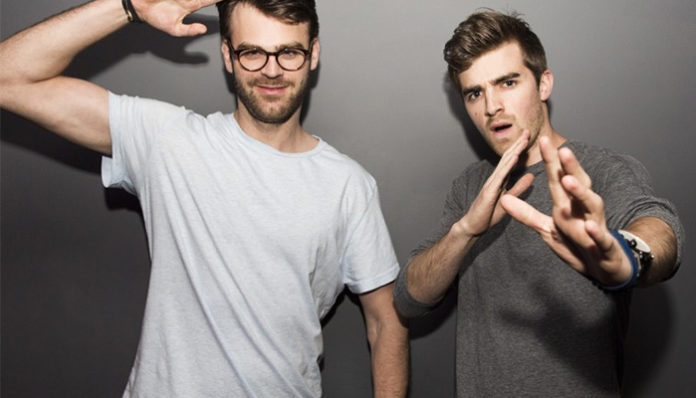 A well known DJ duo, The Chainsmokers gained widespread attention for their 2014 track, #Selfie. A two-man team consisting of Alex Pall and Andrew Taggart, the pair has since given rise to several other hits including Roses, Closer, Paris and Don’t Let Me Down, the last of which earned them their first Grammy Award win for Best Dance Recording. This past April, they released their first studio album titled, Memories…Do Not Open.

Originally, The Chainsmokers consisted of DJ Rhett Bixler and Alex Pall; it wasn’t after Bixler’s departure in 2012 that Andrew Taggart became a part of the duo. At the time, he was a student at Syracuse University while interning at Interscope Records. Prior to joining, he had released a few original songs on Soundcloud.

How The Chainsmokers Became Famous

After a couple of mediocre releases, the New Yorkers achieved widespread fame with their 2014 single, #Selfie.

Written and produced by the duo themselves, the EDM track is mostly instrumental with a few verses of vocals. Compared to Baauer’s Harlem Shake by some, it detailed a narcissistic young women who is concerned with taking selfies at a club. Despite negative reviews, the song quickly went viral on the web.

In the United States, #Selfie entered the Billboard Dance/Electronic Songs chart at number 19, after which it peaked at the top. In addition to that, the single also reached number 16 on the Billboard Hot 100, number 8 on the Dance Club Songs, and number 14 on the Mainstream Top 40. A global sensation, it eventually charted in dozens of other countries including Ireland, Germany, Norway, Canada, Australia, and Belgium, among others.

On the same day as its release, an accompanying music video was uploaded onto Youtube- one that featured actual selfies from Snoop Dogg, Steve Aoki, Tyler Breeze, and David Hasselhoff. As of 2017, the MV has been viewed over 507 million times on their channel.

The Chainsmokers’ Other Music Releases

A year after their breakthrough, the DJs dropped their debut extended play, Bouquet on October 23, 2015. Released through Columbia and Disruptor Records, it included a few guest appearances from Emily Warren, Waterbed, BullySongs, and Roses. Featuring five tracks, the EP ultimately gave rise to their second hit, Roses (Feat. Rozes).

A collaboration with American singer Elizabeth Mencel aka Rozes, Roses was released as a single on June 16, 2015. Co-written by the two parties, the song quickly became a sensation online- pulling in millions of views within just a few hours. On the charts, it peaked at number 6 on the Billboard Hot 100, number 11 on the Dance Club Songs and number 26 on the Adult Top 40. Outside of the US, it also enjoyed success in the UK, Sweden, Belgium, Ireland, and the Netherlands, among others.

An even greater hit than #Selfie, Rozes ended up going platinum three times in the United States with sales of over 3 million.

Then on November 4, 2016, The Chainsmokers released their second EP, Collage. Packed with five new tracks, the project debuted at number 6 on the Billboard Top 200 with 39,000 sales. Similar to before, the extended play included guest vocals from a few artists including XYLO, Phoebe Ryan, Charlee, Daya, and Halsey. More successful than Bouquet, it later received platinum accreditation from the RIAA.

A smash hit, the EP gave rise to two of their top-performing singles, Don’t Let Me Down and Closer.

Released on February 5, 2016, Don’t Let Me Down featured the vocals of American singer, Daya. Produced by The Chain Smokers, the record peaked as high as number three on the Billboard Hot 100; it later also topped the Hot Dance/Electronic Songs and Mainstream Top 40 charts. A viral hit, the song eventually won a Grammy Award for the category of Best Dance Recording.

The other single, Closer was made available on July 29, 2016. Written by Andrew Taggart, Ashley Frangipane, Joe King, and a few others, the track quickly soared to the top of numerous music charts including those in the US, Scotland, South Africa, Slovakia, Mexico, Ireland, and Norway. To date, the record has gone platinum seven times in the United States.

Most recently on April 7, 2017, the duo released their debut album, Memories…Do Not Open. Their first full length project, it boasted twelve tracks including Wake Up Alone, Last Day Alive, Something Just Like This, Young, It Won’t Kill Ya, My Type, and Honest; among those who made guest appearances were Jhene Aiko, Florida Georgia Line, Emily Warren, and Louane.

Despite unfavourable reviews, the album entered the Billboard Top 200 at number one with 221,000 sales. Supported by a concert tour, Memories..Do Not Open later also topped the charts in Canada, and South Korea. As of August 2017, it has been certified platinum in the United States.

Awards Received by The Chainsmokers

As mentioned earlier, The Chainsmokers have also won a Grammy Award for their single, Don’t Let Me Down (among three nominations). 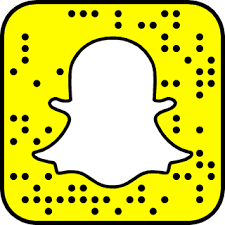 We have some good news for fans- The Chainsmokers are on Snapchat! If you’d like to add the duo to your friend’s list on the app, click here.

The Chainsmokers’ Other Social Media Accounts

As expected from a pair of celebrities, you can find them on Facebook- to follow them on the site, simply like their official page at @thechainsmokers.

If you want to stay atop of their news and announcements, be sure to follow the DJs over on Twitter at @thechainsmokers- it looks like they already have over 2 million followers on the platform.

Should you feel like listening to some of their hit tracks, be sure to head on over to their official Youtube channel at @thechainsmokers, where you can view many of their MVs.