Charlotte Crosby is perhaps best known for her work on the British reality television show, Geordie Shore. She was one of the original cast members and starred in twelve seasons between its start in 2011 and her departure in the summer of 2016. She is known in America for winning the 2013 season of the contest show Celebrity Big Brother.

How Charlotte Crosby Got Famous

Charlotte Crosby was born on May 17, 1990, in Sunderland England to parents Gary and Letitia Crosby. Her debut into acting, the British take on the popular American reality show Jersey Shore called Geordie Shore, was based in an area of north-east England known as the Tyneside area. Geordie is a derogatory term for the people in that area, who are known for their distinctive accents and dialect, also similar to the cast of the Jersey Shore. In the show, Charlotte had a tumultuous, on-again off-again relationship with mutual cast member Gaz that began in season one of the show.

In addition to acting on the British program Geordie Shore, Charlotte Crosby also appeared in the 2012 MTV Europe music awards alongside her cast mates to present the award for Best Male. That was the year that Justin Bieber won. In the winter of 2013, Charlotte appeared, again with other cast members, on the Sarah Millican Television Programme to promote her show. Later, in the summer of 2013, Charlotte Crosby became known to Americans by appearing in the 12th season of Celebrity Big Brother. She ended up winning the contest show, even though she was up against Abs Love, who was the runner up the prior year.

While she was working on Geordie Shore, Charlotte was working on many other projects as well. 2013 was a particularly busy year for the reality star. In addition to winning Celebrity Big Brother, she also hosted the BBC Radio 1 Teen Awards, and became standard panelist on a show called This Morning. Being a panelist became a thing for her, as she is also done it for Britain’s Got More Talent, Xtra Factor, and Celebrity Juice. Eventually, Charlotte Crosby got so big that she earned her own reality TV show on the channel TLC. The show was called The Charlotte Crosby Experience, and it involves her “spending time in extreme cultures and living with some of the world’s unique communities.”

In 2014, Charlotte released what was to be the first of her fitness DVDs which was called Charlotte’s Three-Minute Belly Blitz. This ended up being best-selling and chart topping fitness DVD. Since then, she is released another DVD and published a new health and fitness book called Live Fast, Lose Weight, Fat to Fit. The fitness book was not Charlotte’s first attempt at writing. She has a regular column in Star magazine. She also wrote an autobiography called Me Me Me which was published in the summer of 2015. Occasionally, Charlotte Crosby host MTV News. She has been a contributor to a documentary show called a Grannies Guide to the Modern World. Another documentary that she narrated was called Tattoo Disasters UK.

Most recently, Charlotte Crosby became the star of an MTV series called MTV Asks Charlotte Crosby. This featured her mansion that she bought in the Northeast of England. Showing her versatility, Charlotte is the official brand ambassador for a range of haircare products by Mark Hill. She was used as a stand-in presenter for the British Capital Northeast Breakfast Show when the normal host went on a vacation. In the summer of 2017, Charlotte and her boyfriend were in a tattoo reality show called Just Tattoo of Us where they designed each other’s tattoos.

Since she became famous, Charlotte Crosby has been in relationships with many famous men. From 2011 to 2013, the reality star was with Gary Beatty, Mitchell Jenkins, Samuel Bentham, Adam Gabriel, and David Hawley. In 2015, Charlotte dated Max Morley, who is a 24-year-old English cricket player. She then moved on to Ash Harrison, who was a contestant in the reality show big brother, as well as a male model. In late December 2016, Charlotte Crosby became involved with Stephen Bear. Stephen is another Bristish reality television star. The pair were recently the discussion of the scandal as Crosby claimed that Bear had cheated on her, before taking it back. The two are now back together as of an official report by The Sun on August 27, 2017. 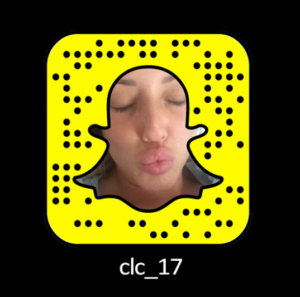 While it doesn’t seem that Charlotte Crosby has a personal Facebook profile, you can find her official page under the username CharlotteLCGshore, or by clicking here. Charlotte has over 2.5 million followers on the social media platform. Her cover photo features an advertisement for her fitness DVD, Charlotte’s Three-Minute Bum Blitz. Most of her Facebook post focus on advertising for things that she has made, or that she is a professional brand ambassador for. You can see posts regarding the launch of her cosmetic brand Flique cosmetics in Ireland. The reality star posts videos and photos of her wearing stylish outfits, or performing tutorials for products that she is promoting.

You can find Charlotte on the photo sharing platform by clicking here. Crosby has over 6 million followers, and post often with over 2000 posts to her name. She does use the site for advertising like she does her Facebook, but Instagram is filled with more candid shots both of Charlotte and her little puppy. Charlotte also posts professional photos of herself and her boyfriend Stephen Bear.

Charlotte’s Twitter handle is charlottegshore. You can join her 3.18 million followers by clicking here. It seems like you can expect more personalized content from Charlotte on the micro blogging site. She takes time out to thank her friends and fans for helping her be successful and also retreats when people tweet at her regarding her products.

What is Charlotte Crosby’s Kik Username or Code?

Charlotte does not appear to be public on Kik or have an account with this messenger app.

Charlotte just recently joined YouTube in 2015, and has only amassed 400,000 subscribers since then. You can join them by clicking here. She has playlists full of her favorite reality show moments, as well as videos of her Pomeranian named Baby.