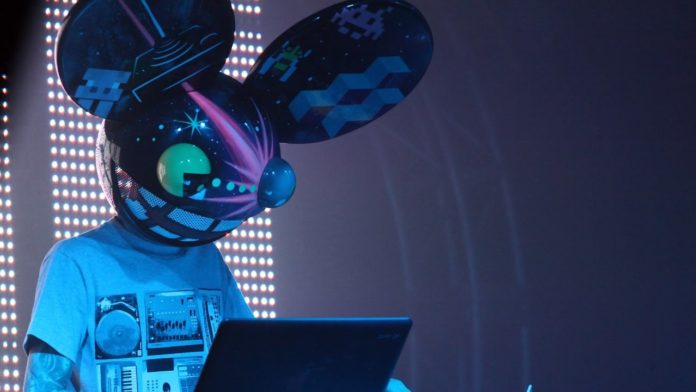 Joel Thomas Zimmerman, perhaps more famously known as Deadmau5 (pronounced simply as “dead mouse”) may be one of the hottest acts in the EDM world today. Deadmau5 started from humble beginnings and worked his way up to feats including a residency as a DJ on BBC’s radio network, six Grammy Award nominations, and numerous timeless albums with a worldwide following. He is one of the more approachable and relatable musicians, showcasing his love for nerd culture not only in his actions but also on his body from his many gaming-inspired tattoos.

The Origins of Deadmau5

Born to a family based out of Ontario, Canada, Joel Zimmerman began to experiment with music at a young age. He took to interacting with other like-minded people on message boards and IRC chatrooms, where his name originates from. Joel smelled something odd coming from his computer and when he took it apart, there was a dead mouse inside. He tried to name himself “deadmouse,” but this would not fit, so he took to the name “deadmau5” as a form of 1337-speak. 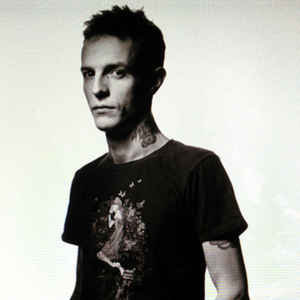 Deadmau5 dropped out of high school when he was young, eventually returning to receive a diploma from Westlane Secondary School from Niagra Falls. At this point, he had managed to find some odd-jobs online through making music (he had a natural talent for making music, even as a young adult). After a time, he managed to find a flash library in the early 2000’s when Flash was really taking off, and he signed on to produce music that businesses could license for their Flash interactive media on a website. His music stood out and he had the best sales of any of the library, and he soon took to making his own music.

His very first album was released in July of 2005, where a few songs helped him to establish himself. Three songs, “Just before 8bit,” “Uploading and Downloading,” and “Nice Try, Kiddo” were remixed specially for the album by Deadmau5 himself. The album would perform okay, but would help to establish the name. Just a year later, in 2006, Deadmau5 would sign with his first record label – Play Records.

Deadmau5’s Fame as a Producer

Under the Play Records label, Deadmau5 would release Vexillology, his second album, in November of 2006. This was a one-record affair, and Deadmau5 would go on to form his own record label, Mau5trap. His third album, Random Album Title, was released with backing from Ultra Records and Ministry of Sound. Several songs became a hit from this album, including Deadmau5’s collaboration “I Remember” with Kaskade. The other singles included Faxing Berlin and Not Exactly.

In 2009, Deadmau5 would release his best-performing album, For Lack of a Better Name. This was released under the Ultra Records label, and would perform incredibly well. Almost every song was a hit, but his collaboration with Rob Swire (of Pendulum and Knife Party fame) would become his best-known song to date. In a subsequent tour the year following the album’s release, the performance was available for purchase on a USB wristband keepsake. This also included a digital version of the For Lack of a Better Name Album. He would also be named as the resident DJ for the MTV Music Awards in 2010.

Deadmau5 would release his fifth album, 4×4=12, in December of 2010. The album was named after a joke, where Zimmerman mistakenly told his streaming audience that 4 times 4 equalled 12. The album did not perform as well as For Lack of a Better Name, but did feature singles like “Some Chords,” “Animal Rights,” “Raise Your Weapon,” and “SOFI Needs a Ladder.”

His sixth album, “W:/2016ALBUM/,” was released in August of 2012. This was otherwise an unnoteworthy album, although The Veldt showed just how humble Deadmau5. The Veldt contains vocals from a viewer of Deadmau5’s stream, where Joel found that the vocals stood out. The two collaborated to produce the final song.

Following his sixth album, Deadmau5 would take a temporary leave from making music. He admitted to suffering from depression in 2015, although he vowed to continue producing music in 2016. Prior to him taking some time off, he worked with Valve to create a collection of sound bytes that is available in DOTA2. He also performed at the gaming event, The International 5, which was the largest eSports tournament to-date at the time.

Deadmau5 eventually released his latest album, “W:/2016ALBUM/,” which is named after the directory where the album is digitally stored (allegedly.) He also released a compilation named “Stuff i used to do,” which is a collection of tracks that he produced from 1998 up until 2007. He is currently out touring on his “Lots of shows in a row” tour, which is expected to begin wrapping up at the end of October 2017. He currently lives in the Campbellville locale of Milton, Ontario, where he has his own music-producing castle (quite literally.) 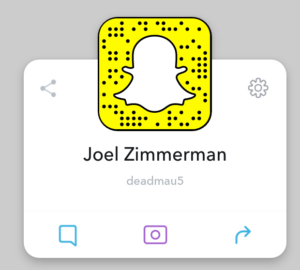 Surprising almost no one, Deadmau5’s Snapchat Username is Deadmau5. On his Snapchat, he frequently posts videos and pictures to his story of his exciting life which includes touring (at the time of writing, he’s currently on his “Lots of Shows in a Row” tour), music, and now his MasterClass that he is teaching. Deadmau5 does not take to interacting with his followers much through Snapchat, and prefers virtually any of his other avenues.

Facebook – Deadmau5’s Facebook is “https://www.facebook.com/deadmau5/”, which contains information about his tour dates and what he is currently up to.

Twitter – Deadmau5’s Twitter is “https://twitter.com/deadmau5”, and is the best avenue to reach out and communicate with him.

Instagram – Deadmau5’s Instagram is “https://www.instagram.com/deadmau5/” which contains numerous photos and videos of his life, both travelling and domestic.

Soundcloud – Deadmau5’s soundcloud is “https://soundcloud.com/deadmau5”, where he frequently uploads samples and bytes of his music, as well as tracks created exclusively for Soundcloud.