DJ Khaled Snapchat Name – What is His Snapchat Username & Snapcode? 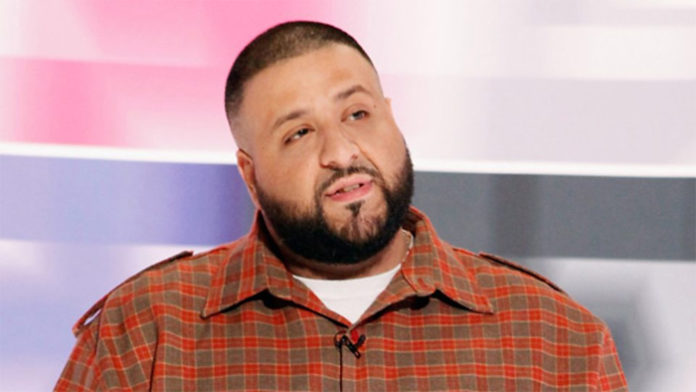 A two-time Grammy Award nominee, DJ Khaled has come out with dozens of records throughout his music career. Interested in rap at a young age, he worked with several artists early in his career, after which he got involved with radio. Eventually signing with Koch Records, he released his debut album, Listennn…the Album in 2006. Most recently this year, the rapper dropped his tenth project Grateful, which has since become a major hit.

Born on November 26, 1975 in New Orleans, Louisiana, DJ Khaled (Real Name: Khaled Mohamed Khaled) grew up in a devout Muslim family. The son of two musicians, he developed an interest in music early in his childhood. Later as a teen, he worked at a local record store, which helped to lay foundations for his eventual career. Prior to making himself known as a solo artist, he worked at a few radio stations including the Florida-based WEDR.

On June 6, 2006, he dropped his debut album, Listennn…the Album via Koch Reords and Terror Quad Entertainment. Produced by the disc jockey himself along with Cool & Dre, The Runners, Kanye West, DJ Nasty, Jon Brion, among others, it included seventeen tracks- most of which were collaborations with other artists. For instance, the album featured guest appearances from Pitbull, Rick Ross, Lil Wayne, Twista, Birdman, T.I. Young Dro, and Slim Thug.

Praised by critics for its standout performance and production, it entered the Billboard Top 200 at number twelve, with 44,000 sales by the end of the first week; eventually, the album also reached number three on the Top R&B Albums and the Top Rap Albums. As of 2017, over 230,000 copies of the album have been sold worldwide.

Over the next few years, DJ Khaled released a handful of albums including We the Best, We Global, Victory, and We the Best Forever, during which his popularity steadily grew.

His sixth album, Kiss the Ring was made available on August 21, 2012. Executively produced by the artist himself, it featured several guests including Kendrick Lamar, Ace Hood, T-Pain, Nas, Chris Brown, among others. Preceded by two singles, the album gave rise to twelve tracks including I Did it For My Dawgz, Suicidal Thoughts, They Ready, I Wish You Would, Take it to the Head, and I’m So Blessed. Well received, it debuted on the Billboard 200 at number four, having sold 41,000 units in the initial week.

A year later, the disc jockey released his next album, Suffering from Success. Originally announced in January 2013, it received a mix of reviews, though the general consensus was positive. Shortly after its release, it entered the Billboard Top 200 with number seven; from there, it eventually peaked at number two on the Top R&B Albums chart. Some notable highlights from the album include No New Friends, I Wanna Be With You, I’m Still, Black Ghost, Never Surrender, and Give it All to Me– similar to his previous title, most of said songs were collaborations with other artists.

Following another album released, I Changed a Lot in 2015, DJ Khaled received a small break with his next full length project, Major Key. Released on July 29, 2016, it marked his first album with Epic Records. A blend of hip hop and trap, fourteen tracks were included in the disc including Don’t Ever Play Yourself, Forgive Me Father, Do You Mind, Pick These Hoes Apart, Work for It, Progress, and Holy Key.

A major hit, I Changed a Lot ended up entering the Billboard Top 200 at number one, making it DJ Khaled’s first album to achieve such a feat. The best selling album of the week with 59,000 sales, it charted in several other countries including Canada, the UK, Australia, New Zealand, and Belgium. His first RIAA certified album, over 500,000 copies have since been sold in the United States.

Most recently, his tenth album was made available on June 23, 2017. Like before, it featured a number of guest appearances from artists such as Kodak Black, Alicia Keys, Migos, Chance the Rapper, Future, and Justin Bieber. Despite mixed reviews, Grateful has since become his most successful album to date, with over a million sales in the US. Certified platinum, the album came complete with eleven numbers including Wild Thoughts, I’m the One, I Love You So Much, Don’t Quit, and To the Max. Three singles were released from the album- Shining, I’m the One, and Wild Thoughts.

Upon its release, Grateful debuted at the top of the Billboard 200 with over 149,000 units sold, making it his second album to reach number one on the chart. A global hit, the album has charted in many other countries including France, Canada, Australia, the UK, Norway, and Finland, to name a few.

For many years, DJ Khaled has been engaged to his long-time partner, Nicole Tuck. Though it’s unclear where exactly the two had met, they had reportedly dated for many years prior to becoming the power couple that they are today.

Last October, the pair welcomed a son named Asahd into the family- interestingly enough, the music producer had taken it upon himself to film his birth on Snapchat. 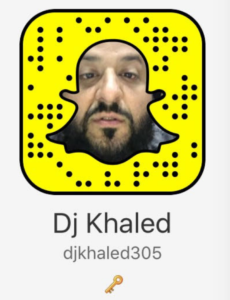 Speaking of Snapchat, you can find the 41-year-old star on the app at @djkhaled305. To add him to your friend’s list, click here!

If you want to follow DJ Khaled on Facebook, you can do so by liking his official page at @officialdjkhaled.

Want to stay atop of his news and announcements? Be sure to follow the disc jockey on Twitter- you can find him on the site at @djkhaled.

Who wouldn’t want to add him on Instagram? Luckily for us, the disc jockey is active on the photo sharing app- you can add him at @djkhaled.

Like most artists, you can also find DJ Khaled on Youtube. Feel like watching some of his music videos? No problem- simply head on over to his Vevo channel at @DJKhaledVEVO.