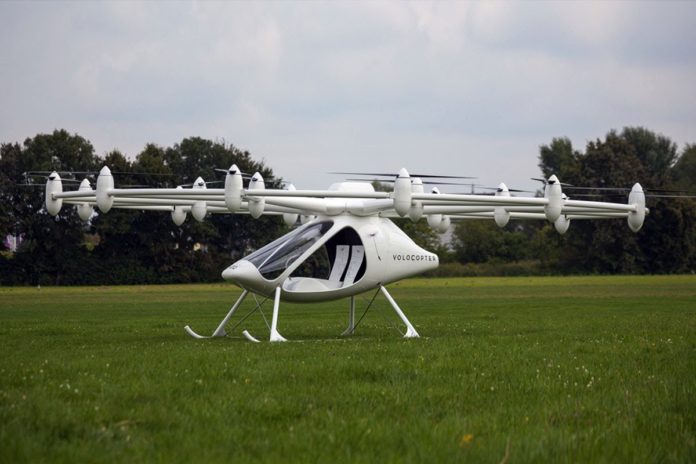 Five days ago, the city of Dubai added 50 Tesla cars to its taxi service. The electric cars are part of a plan by the city to have a high percentage of driverless journeys in the future. But Dubai is already looking at other technology to continue improving its taxi fleet.

On Monday, the city staged a test flight for a drone taxi service that it is planning to debut in the future. The flying taxi from the company Volocopter looks a lot like a small helicopter. The cabin has two seats but the big difference is at the top, where there are 18 propellers. The flying taxi service is probably some time away from making its big debut but Dubai began testing it at a ceremony. The Crown Prince of Dubai Sheikh Hamdan bin Mohammed was at the ceremony to watch the test run.

The flying taxi is something straight out of a futuristic movie but many companies are already working on their own. The flying taxi the city is testing can fly for half an hour. The company behind the creation is one of many working on this idea. Driverless cars are currently being tested across the world but the mix of an electric car that flies is also something that many companies are considering. Volocopter is one of more than ten European and US companies working on this technology. In June 2017, the German company announced that it had signed a deal with Dubai.

Monday’s flying taxi test lasted five minutes but gave spectators a look on the future. Volocopter CEO Florian Reuter said the developers are looking to initiate the taxis within five years. Last week, the city added 50 Tesla cars to its taxi fleet. The electric cars have self driving technology and are available to users who order taxis in the city.