Gigi Hadid Snapchat Name – What is Her Snapchat Username & Snapcode? 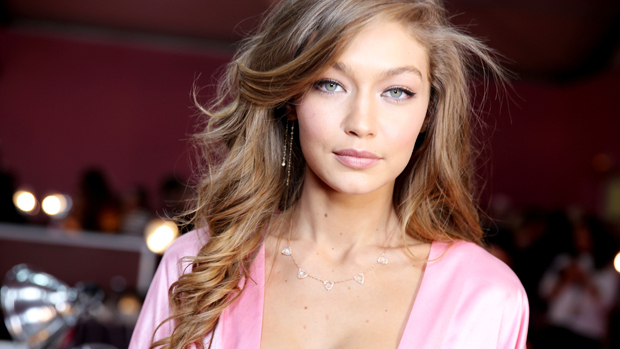 Gigi Hadid is one of the famous Hadid siblings who are all well-known in the modelling industry. She has walked numerous runways, appeared in many magazine covers, and released a vast array of collections in collaboration with famous brands. Read on and find out more about her career and her online whereabouts.

Jelena Noura Hadid was born on April 23, 1995, in Los Angeles, California. At the age of two, Gigi had already started modelling by appearing in the advertisement campaigns of clothing brand Guess.  However, she had to stop in order to focus on her studies. During grade school, her teacher asked her mother if she had a nickname as there was another girl in class named Helena, and by that time Hadid was known as Gigi.

In 2011, she went back to modelling for Guess and appeared in three of their campaigns. Also, she signed to IMG Models during the same year and graced the catwalk for the first time in 2014 at the New York Fashion Week, showcasing the clothing brand Desigual. Moreover, Gigi appeared at the cover of magazines Galore and CR Fashion Book, and starred in the campaigns of fashion designer Tom Ford.

In 2015, Gigi walked for a wide variety of designers such as Max Mara, Jean Paul Gaultier, and Marc Jacobs. She ended the year with a bang by appearing at the annual Victoria’s Secret Fashion Show for the first time. Gigi continued walking for notable brands in 2016 and also became the ambassador for the campaigns of Tommy Hilfiger and Reebok. The December of that year was another grand moment for her career as she received her wings in the Victoria’s Secret Fashion Show, and was given the International Model of the Year award by Donatella Versace during the British Fashion Awards. She is still very active in 2017 by gracing magazine covers and runways.

Gigi is also renowned for a lot of things outside of modelling. She made multiple appearances in the reality series The Real Housewives of Beverly Hills from seasons three up to six. She co-hosted the Fashion Media Awards event of Daily Front Row in 2014, plus 2016’s American Music Awards and the iHeartRadio Much Music Video Awards. She made appearances in shows like MasterChef, RuPaul’s Drag Race, and Lip Sync Battle, and in the music videos of songs such as Zayn Malik’s “Pillowtalk”, Taylor Swift’s “Bad Blood”, and “How Deep Is Your Love” by Calvin Harris and Disciples. 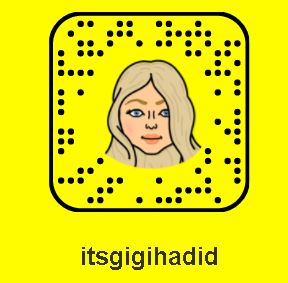 Click here to add the model to your Snapchat.

Gigi Hadid Kik Username or Code – Gigi does not have an account on Kik. However, you should keep this page bookmarked as we will definitely update this information in case she decides to sign up on that site. Be wary of accounts that claim to be the model as they are most probably fanmade.