Hopsin Snapchat Name – What is His Snapchat Username & Snapcode? 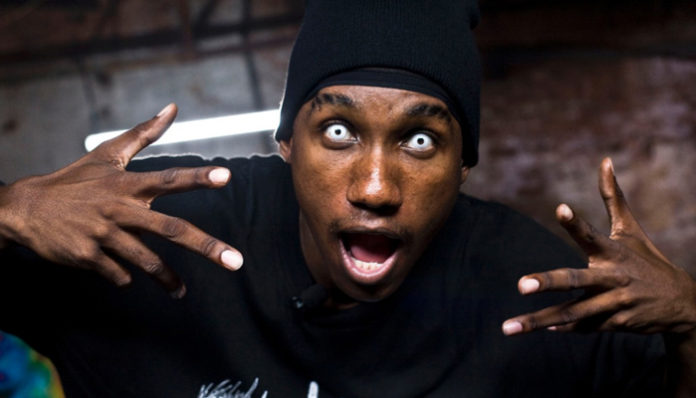 A rapper and record producer, Hopsin has released several records since the early 2000’s. After getting into rap at the age of sixteen, he chose to drop out of high school in order to pursue a music career. Citing Eminem as his greatest inspiration, he eventually released his first project, Emurge in 2002. Continuing to perfect his sound over the next few years, he later released his debut album, Gazing at the Moonlight in 2009.

Born on July 18, 1985 in Los Angeles, Hopsin (Real Name: Marcus Jamal Hopson) grew up in the Panorama City area of LA. A student at James Monroe High School, he often skateboarded in his free time- a hobby that he still enjoys to this day. Like many rappers, he got into hip hop in his teens; however, it wasn’t until 2003 that he began to take his hobby more seriously. By 2004, he had dropped out during his senior year to pursue a career in music. After releasing his debut project, Emurge, he signed with Ruthless Records with whom he started to work on his debut album.

The album titled, Gazing at the Moonlight was made available on October 27, 2009. Produced by Hopsin himself with help from Tomica Woods-Wright, it featured a blend of comedy hip hop, pop rap, and horrorcore. His only release with Ruthless Record, it contained fifteen tracks including Don’t Trust Em, Super Duper Fly, Who Do You Think I Am, Break it Down, Story of Mine, and Chris Dolmeth. Though the project was well received, it was unfortunately, a commercial failure.

Then the following year, he rose to stardom with the release of his breakout single, Sag My Pants. Taken from his second studio album, the song was written and produced entirely by Hopsin himself. Released on October 8, 2010 as a digital download, the record effectively propelled his fanbase to prominence; not only that, but it also garnered him a XXL Freshman Class nomination that year.

The same day as its release, an official music video was uploaded onto the artist’s Youtube account. Hugely popular, the MV directed by Hopsin himself, has since been played over 46 million times on the site.

A month later, his second album, Raw was released. Featuring guest appearances from Cryptic Wisdom and Swizzz, it came with sixteen titles including I’m Not Crazy, I’m Not Introducing You, You are my Enemy, Blood Energy Potion, and Where Will I Go?. Supported by two singles, one of which includes the breakout mentioned above, it managed to reach number 46 on the Top Heatseekers Album in the United States.

Fast forward three years, the artist dropped his third album, Knock Madness on November 24, 2013. Once again handled entirely by himself production-wise, it came preceded by three singles, Ill Mind Six: Old Friend, Rip Your Heart Out, and Hop is Back. Praised for its catchy hooks, the project showcased eighteen new titles including Who’s There (Feat. Dizzy Wright and Jarren Benton), The Fiends are Knocking, Rip Your Heart Out (Feat. Tech N9ne), Lunch Time Cypher (Feat. Passionate MC and G-Mo Skee), and Caught in the Rain.

A considerable success, the album entered the Billboard Top 200 at number 132 just three days after being released. From there, it eventually peaked at number 76 with over 12,000 copies sold by the end of the first week. Aside from the Billboard 200, Knock Madness also reached the top ten on the Independent Albums, and Top Rap Albums charts. By 2015, more than 58,000 copies had been sold domestically. In support of the project, he later hit the road for a two-month tour in late 2012.

On July 24, 2015, Hopsin delivered his fourth studio album, Pound Syndrome. Supported by four singles, all of which reached the US charts, the title of the project is a loose pun on the genetic disorder, Down Syndrome. Allegedly “higher quality” compared to his earlier releases, the track list contained fourteen titles, a few of which were collabs with artists Jarren Benton, Swizzz, and Dizzy Wright. Shortly after its release, the album entered the Billboard Top 200 at number 17, having sold over 17,000 copies in the initial week.

The 11th highest-selling album in the US that week, Pound Syndrome received positive reviews from publications including XXL and HipHopDX. Outside of the Untied States, it eventually charted in New Zealand, Canada, Australia, and Belgium.

On top of the albums mentioned above, Hopsin has since also dropped an additional mix tape, Haywire (a collaboration with Swizzz) in 2009.

Hopsin on TV and Film

Though acting is not his main focus, the rapper has appeared in a few films and television shows. After making his movie debut as an extra in Max Keeble’s Big Move (2001), he played a supporting character in the musical drama film, Fame (2009), which went on to become a box office success. Since then, he has starred in two documentary films, Bomb the World (2010), and Independent Living: The Funk Volume Documentary (2013).

On television, he made his debut in an episode of the Disney Channel sitcom, That’s so Raven in 2003. He later appeared as Fatty B in the TNT crime drama, Murder in the First in 2015. 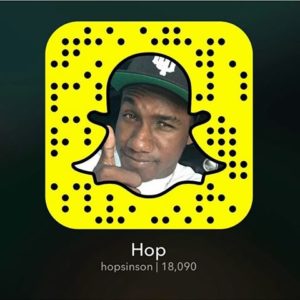 If you want to follow the artist on Facebook, you can do so by liking his official page at @hellphopsin- it looks like he already has close to 3 million fans!

Looking for an easy way to stay connected with Hopsin? Why not follow him on Twitter? You can find him on the site at @hopsin.

If you’re interested in seeing some behind the scene photos, be sure to add him on Instagram- he’s active under the username @hopsinson.

Feel like watching some of his music videos? You can do that and more over at his official Youtube channel at @Hopsinstv. As of 2017, his videos have already been viewed over 490,000 times!