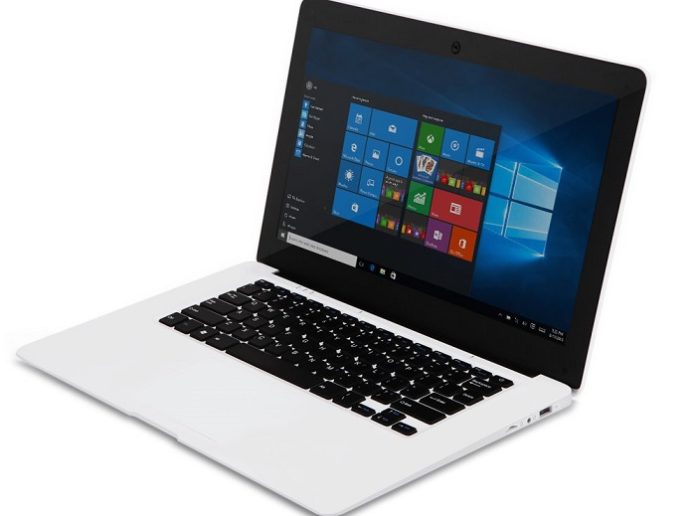 Cannot believe it has taken this long for a laptop to fall into my… lap. All too often I am tasked with reviewing tech that I only have a passing familiarity with. it means I spend days researching the history and the competitors on the market, like with last weeks BlitzWolf earphones, but not today. No, I got me a netbook, or mini laptop, to review, and there is little I don’t know about this particular market. The iRULU SpiritBook is filling a niche that is weirdly growing. The advent of tablets has pulled the rug out of the small form factor laptop market, and I for one am a touch displeased by this. Very few tablets run x86 processors, meaning that I cannot use my favorite programs on them. Granted, I could pony up the cash for a Surface or something, but who has that kind of money just laying around. The mini laptop is an excellent alternative to tablets, and even low power options like the SpiritBook pack enough punch to get some serious work, and some serious play, done.

iRULU as a firm have been around since the mid 2000s, but didn’t get into the computing business until 2011. They specialize in low cost hardware. Don’t expect anything to be cutting edge, cause it isn’t, but they offer some very pretty builds that fill some much needed niches, and what they lack in power they more than make up for in price. You would be hard pressed to find anything on the market that is as cheap as these things, and unless you go with a Chinese firm. iRULU are based in the US, meaning that we get some local customer support to go with our purchases, which is always something to consider.

Let’s take a closer look at the iRULU SpiritBook 1 Pro, see where it succeeds, and see where it could be better. 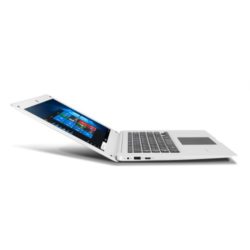 I start all my reviews with a look at the build first, and it is in this category that the SpiritBook knocks it out of the park. I mean, look at the thing, taking a leaf from the Apple school of design, and they nailed it. I may be a touch bias here, my desktop has an NZXT H440 White case on it, and my phone matches it, so yeah, I like all white hardware. It comes in black as well, but that just doesn’t look as pretty. The build is light too, a little over 2lbs, and with dimensions of 12″ x 8.3″ x 0.8″ it is one of the most compact options on the market right now.

The screen is far from the best on the market. The resolution leaves much to be desired, with its limited 1366 x 768 res. It would have been nice to see something a little more substantial here, but the small size of the screen means the the res looks crisps, if not detailed. It is multi touch capable though, which is fairly unique in this form factor. The hinge is interesting too, with a full 180 degrees of rotation, meaning you can lay it flat and open, I’ve seen this on a number of other builds before, and I imagine it makes drawing on it easier, even if that not the primary purpose of the SpiritBook it is nice to add another feature to the box. Ports are pretty standard, two USB 3.0 slots, a micro SD card slot and a headphone jack. It also has a 0.2 mega pixel front facing camera, far from the highest end, but again, another feature for the box.

The specs are okay, using the old Intel Atom tech here, over the low power draw variants of the big bow CPUs that you see in the higher end netbooks. So far a I know Intel are not pursuing the Atom CPU line, which is a shame, as they were great little CPUs, packing in the power, the low draw and the low price. Here we have the x5-Z8350, with a peak power draw of 4W this thing will get the job done without draining the battery, just don’t expect miracles out of the thing. It comes with Intel’s video processing, and while it will run movies well I do not recommend trying to run any games made after 2005 or so, unless they are particularly low fidelity.

The memory is a little lacking as well. There are two models right now, one with 2GB and one with 4GB I recommend that you get the 4GB variant of the SpiritBook, just for the extra head room. Storage is similarly lacking, with only 32GB of internal storage. The build comes with Windows 10 installed by default, and I am not a fan, but at least the kernel is small. I was going to install 7 on it, but with all the updates that wold put me at 33GB for the OS alone. I supposed you could forgo all but the most critical updates, but I do not recommend it. There is a micro SD card slot, rated to handle 128GB cards, which is a must.

Overall, we should not expect miracles at this price point, but for what you get is a well priced item. I love the look of the build, and it is clear that the folks over at iRULU have done their best to make this on the go laptop as versatile as possible. I would like to have seen a more modern CPU in the thing, even a low end i3 would really enhance the overall package, but again, for $200 you can’t ask for miracles. 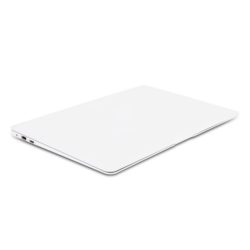 Kinda let the cat out of the bag early there, eh? Yup, the iRULU SpiritBook is in the sub $200 price range, depending on how much RAM you want in the build. The 4GB version is the only one worth getting, so expect to pay the full $200 from the get go. That is a discounted price, cut by near 40% right now, so don’t expect that price to stick around forever.

The warranty offered by iRULU is nothing to write home about. Fairly standard, but considering they are a local firm there is a level of trust involved there, and you have a certain amount of peace of mind too. You have a 60 day guarantee to begin with, covering wrong items, damaged items and simply not wanting the item. in the case of not wanting the item you will have to pay for return shipping to get the refund, but small price that. The one year of limited coverage that follows that is more tricky in my opinion. It does not cover accidental damage, fair enough, but it does cover factory faults that arise due to normal use. Now, seen as this is a light weight travel laptop, normal use is fairly bumpy, and i would argue that if the laptop breaks down within a year of using it in all manner of places, bar outside since it is not IP rated, counts as a manufacturer fault. I have used this argument in the past to great effect, though I have had to dig my heels in on occasion.

Overall the price is the key thing to think about. If you need a laptop that travels well, at a bargain basement price point, then this is an excellent option. The warranty could be more comprehensive, but at this price range you have to make a few sacrifices, not many, but a few. I feel like iRULU have done what they can with that.

So, an interesting little build. I used to use a netbook almost exclusively for a year or so, and they work well enough. Good fro browsing, writing and playing a few old school games. I did some minor audio editing on this one, using Audacity rather than full production tools, and it handled it like a champ. The look of the build is top notch, that white/black build is almost a work of art. The core specs are a bit backwards these days, but at this price point there is little that can be done about that. The price is amazing, $200 for a laptop is almost unheard of, at least in the “New” section of a site, and the warranty will keep you somewhat covered.

If you are looking for something light weight for travel use the iRULU SpiritBook 1 Pro is one to pay attention to, the form is right, the price is right and most importantly, it will get the job done. Provided the job isn’t too hard.