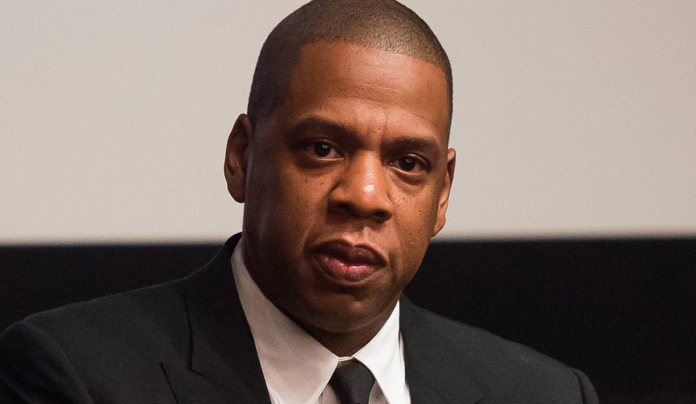 Jay-Z, born Shawn Carter, is one of the most well-known and successful music artists in the world. With a career spanning nearly three decades, the 47-year-old rapper and music mogul has stayed ahead of the times for most of his career. In most ways, anyway.

Jay-Z grew up in rough conditions in the Marcy Houses housing project in Bedstuy, Brooklyn. Raised by a single mother after his father abandoned him and his two siblings, he started dabbling in drug dealing to make ends meet in his later school years. At the same time, he was discovering a love for music. He started writing lyrics and rapping, and he changed his neighborhood nickname of Jazzy to Jay-Z. During his high school years, he attended school with future rap stars Busta Rhymes and Notorious B.I.G.

Jay-Z’s name was an homage to his mentor, Jaz-O, and one of his first appearances on video or record was on the Jaz-O track “Hawaiian Sophie.” For years he would make cameo appearances on songs and albums by better known New York rappers of the time, like Big Daddy Kane and Big L. He was gaining notoriety in the streets among rap fans but it wasn’t getting him any closer to getting a record deal like the rappers he was opening for and collaborating with.

Taking matters into his own hands, Jay-Z and his friend, Damon Dash, started selling CDs out of his car. They formed an independent label called Roc-A-Fella Records, negotiated a distribution deal with Priority Records, and released Jay-Z’s “Reasonable Doubt” album on the label. The album featured top-notch production from some of the most sought-after producers of the time, and it is widely considered a hip-hop classic today. At the time, it peaked at #23 on the Billboard 200, quite an impressive feat for an independent project.

From there, successes just kept on coming. His second album, “In My Lifetime, Vol. 1” was produced by Sean “Puffy” Combs and was an even bigger commercial success. Subsequent albums in the Vol. series were equally large hits, and Jay-Z was a certified rap superstar at that point. He played a big part in the launching of Kanye West’s superstardom, featuring four West-produced tracks on “The Blueprint” and many more tracks on future albums. Jay-Z and Kanye would team up a decade later for the collaborative album “Watch the Throne,” which would become yet another platinum album in Jay-Z’s almost exclusively platinum discography.

Perhaps more interestingly, he was growing as a business mogul. While he frequently rapped about spending extravagantly on expensive clothes, cars, and parties, in real life he was reinvesting his income into new business ventures. From the beginnings of starting Roc-A-Fella Records, Jay-Z has incrementally expanded his reach in business. He and Damon Dash founded Rocawear, an urban clothing brand with selections for men, women, and children. He started a sports agency called Roc Nation Sports to represent professional athletes, and he purchased a stack in the NBA’s Brooklyn Nets franchise. He also purchased and is currently the primary owner of Tidal, a music streaming and distribution service and supposedly the only artist-owned streaming service in the world.

Jay-Z started collaborating with R&B singer Beyonce in 2002, first on the song “03 Bonnie & Clyde,” then later on Beyonce’s “Crazy in Love.” Their collaborating went beyond music, though, and they started dating. The couple was married in 2008 and have three children, including twins born in June of 2017. With Jay-Z being the rap artist and business superstar that he is, and Beyonce being the biggest female artist in the world, the two make an unrivaled celebrity power couple. 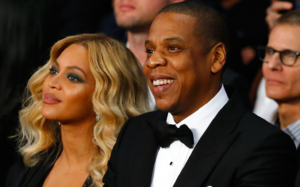 Sorry to disappoint, but Jay-Z doesn’t have a Snapchat account. In fact, he’s better known for how much he doesn’t understand Snapchat.

After the Super Bowl in 2016, Jay-Z and his superstar wife Beyonce were posing for what Jay-Z thought was a photo with R&B sensation Usher. Usher said he was taking a video for Snapchat, to which Jay-Z replied “I don’t even know what that means.” Usher had to explain to him how Snapchat works.

So, no luck with Snapchat, but if you want to keep up with Jay-Z and popular music’s first family are doing, you can connect with any of his other social media accounts.

Jay-Z Instagram username — Jay-Z doesn’t have an Instagram account. He created one in 2015 but deleted it less than 24 hours later. He just doesn’t seem to be into social media activity that much.

Jay-Z Youtube username —  You can watch Jay-Z music videos and listen to Jay-Z songs on his Youtube channel, https://www.youtube.com/user/JayZVEVO