Juicy J Snapchat Name – What is His Snapchat Username & Snapcode? 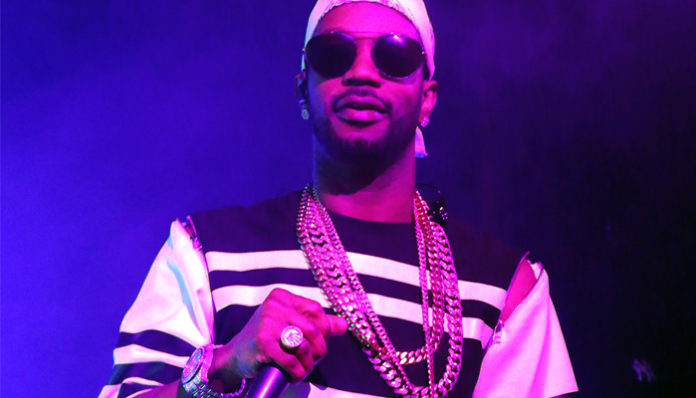 Juicy J originally rose to fame as a member of the Southern hip hop crew, Three 6 Mafia. A music enthusiast since he was young, he started to create his own music in his teen years. Eventually founding the group alongside Lord Infamous, and DJ Paul in 1991, they released their debut album, Mystic Stylez in 1995. As a solo music artist, the Tennessee native has also released a few projects including, Chronicles of the Juice Man, Hustle Till I Die, and Stay Trippy.

Born on April 5, 1975 in North Memphis, Tennessee, Juicy J (Real Name: Jordan Michael Houston) developed an interest in music at a young age. Due to the fact that his parents weren’t able to afford any musical instruments for him, he often practiced drums on jars of oatmeal as a child. Many years later, he was able to purchase a recording machine, which he used to record some of his initial songs.

Eventually in his early twenties, Juicy J met DJ Paul and they formed a group. Recruiting Lord Infamous as a member, they performed under the name Backyard Posse. Ultimately, it was with the crew that the rapper first rose to prominence.

In 1995, they released their first record. Though it gained some degree of attention, it wasn’t until their third project, Chapter 2: World Domination in 1997 that they garnered widespread fame. Met with critical acclaim, the album gave rise to many hits including Spill My Blood, I Ain’t Cha Friend, Are You Ready 4 Us, Tear Da Club Up ’97, Neighborhood Hoe, and Flashes.

Their first widely distributed album, it eventually earned itself gold certification after selling over 500,000 copies in the US, making it the group’s first RIAA-certified record.

Then in the summer of 2000, they reached another high point with their new album. Produced by Juicy J along with DJ Paul, the project boasted a mix of crunk and hip hop tracks including Sippin’ on Some Syrup, Who Run It?, Tongue Ring, and Weak Azz Bitch, all of which were eventually released as singles. Well received, it peaked at number six on the Billboard Top 200 and number two on the Hip-Hop Albums chart. Within six months, it had gone platinum with one million domestic sales.

Since then, Three 6 Mafia have come out with six additional albums including Da Unbreakables, and Most Known Unknown, both of which have attained RIAA accreditation.

Juicy J’s debut album, Chronicles of the Juice Man came out on July 16, 2002. Not only did it include guest appearances from his fellow band members, but it also featured other artists such as Project Pat, La Chat, and Frayser Boy. Released through Hypnotize Minds, it boasted fourteen hip hop tracks including Buck Gangsta Beat, Like a Pimp, Dick Suckin’ Hoez, Smoke Dat Weed, and Killa Klan. Upon its release, the project peaked at number 93 on the Billboard Top 200- it later also charted at number 17 and number 4 on the Top Hip-Hop Albums and Independent Albums charts respectively.

Following a prolonged break, he dropped his second album, Hustle Till I Die on June 16, 2009. Produced entirely by Juicy J himself, a number of tracks featured guest vocals from artists such as V-Slash, Gorilla Zoe, Webbie, Project Pat, and Gucci Mane- some of said titles included 30 Inches, Ugh Ugh Ugh, Purple Kush, Get Me Some Money, and Fiyayaya Weed. Chart performance wise, it peaked at number 106 on the Billboard Top 200.

Then on August 23, 2013, the rapper released his third album, Stay Trippy. His first record with Taylor Gang Records, its production was handled by many individuals including Timbaland, Supa Dups, Lex Lugar, Young Chop. Some notable titles from the track list include Show Out (Feat. Big Sean and Young Jeezy), Bandz a Make Her Dance (Feat. Lil Wayne and 2 Chainz), and Bounce It (Feat. Wale and Trey Songz).

One of the top hip hop albums of 2013 according to Spin Magazine, Stay Trippy eventually spawned four singles, two of which ended up receiving platinum and gold certification.

Aside from the above studio albums, Juicy J has self-released a number of mixtapes over the years. Most recently, he came out with Gas Face on May 15, 2017.

A member of the hip hop trio TGOD Mafia, the crew released their debut album, TGOD Mafia: Rude Awakening on June 3, 2016. Released by Columbia and Atlantic Records, the project boasted several hits including Green Suicide, I See It I Want It, All Night, Breaking News, Itself, and She’s in Love. By the end of the first week of the album release, it had been streamed over 4.1 million times online.

Last year, Juicy J married his longtime girlfriend, Regina Perera at an imprompto ceremony in Las Vegas- it was later announced this past August that they are expecting a baby girl. 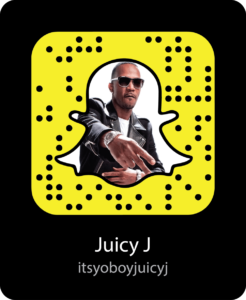 You can go to @juicyjmusic- it looks like he already has over 4.5 million fans on his official page.

You can view many of his videos over on his YouTube channel @TheJuicyJVEVO.