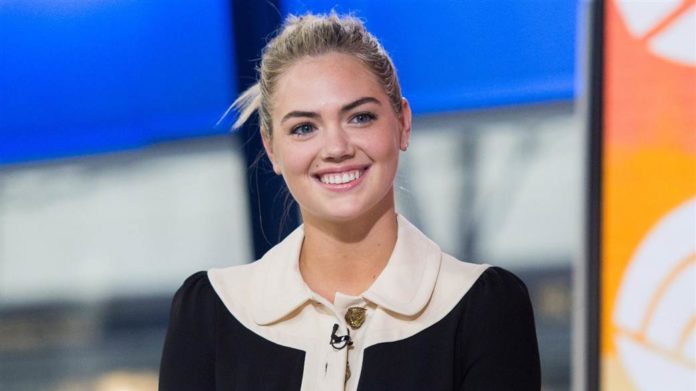 In a relatively short period of time, Kate Upton has been able to become one of the biggest names in modeling. She only saw her major debut in 2011, but she’s already on top of the modeling world. Upton has appeared on numerous magazine covers and she has acquired many sponsorships, and I would argue she’s probably one of the most well-known models in the entire world. Because of this popularity, it’s only natural that Kate Upton would have a lot of fans. She has millions of them, honestly, and they are known to show their support for Kate on social networking platforms like Facebook, Snapchat, Instagram, and Twitter. Sometimes, Kate will even use those platforms to interact right back with her fans, too.

Kate Upton was born in June of 1992 in St. Joseph, Michigan. When she was very young, however, her and her family ended up moving to Melbourne, Florida. While living in Florida, Upton studied at Holy Trinity Episcopal Academy. As a student, Upton was very much interested in horses, and she had strong showings at the American Paint Horse Association. Make no mistake. This wasn’t just a hobby. Upton was able to compete at a national level during this time. However, she didn’t seem interested in being an equestrian for the rest of her life. In 2008, she went to Miami to attend a casting call for Elite Model Management. She was signed the very day of said casting call, and that was that. 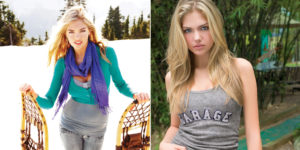 Upton spent some time with Elite Model Management, but she was eventually able to move to New York City and sign with IMG Models. Her career didn’t really get going until 2011. Kate started out by modeling clothes for Garage as well as Dooney & Bourke. She was also face of Guess between 2010 and 2011. However, her biggest break probably came in 2011 when she appeared in the illustrious Sports Illustrated Swimsuit Issue, where she was featured in the body paint section. That pretty much thrust her directly into the spotlight, and she was named the Rookie of the Year for that issue. To a lot of people, it may have seemed as if Kate Upton had blown up overnight.

2011 was a huge year for Upton overall. She went on to appear in Complex and Esquire, and she even appeared in the film Tower Heist. She was rapidly becoming a pop culture icon. Fast forward today, and Upton has a remarkable modeling portfolio. She has appeared in music videos, films, and television. Kate Upton has been on the covers of Vogue, Elle, GQ, Esquire, and Vanity Fair. She’s been featured in advertising campaigns by Sam Edelman, Victoria’s Secret, Express, David Yurman, and a lot more. Upton also still has very close ties with Sports Illustrated, which is only natural when you consider the key role that the publication had in helping her career take off. Considering how young both her and her career are, I’m sure she’ll just continue to rise in fame from here. 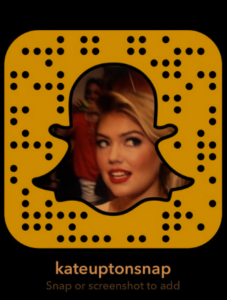 If you want to add Kate Upton on Snapchat, then you’re in luck! She has had an account there for the last year or so, and you’re completely free to add her if you’re interested. Her username on Snapchat is kateuptonsnap, and you can add her either by searching for her through the app or just by clicking the direct link right here. You also have the option of scanning Kate Upton’s Snapcode to add her, which I’ve included an image of above. You can just use the Snapchat app to scan the code, which should allow you to add her almost instantly.

Kate Upton is one of the most popular models in the entire world, so I don’t think that it should come as a surprise that she is a regular user on one of the most popular social networks in the entire world. You can find Kate Upton on Facebook through her official, verified page. This page can be found by simply searching for @officialKateUpton. If you click the link right here, you can be taken directly to her page.

Kate Upton has been on Twitter since October of 2010, and she has been able to accumulate over 2 million followers on there since then. She uses her Twitter to post all kinds of stuff, and if you’re a fan, then I suggest you check it out. Kate Upton’s official Twitter handle is just @KateUpton, and you can take a look at the kind of stuff she tweets about by clicking the link here.

Although Kate Upton is popular on Twitter and Facebook, by far her largest following can be found on Instagram. (I don’t think this is all that shocking, especially when you consider how popular Instagram is among the fashion and beauty community.) Upton has over 5 million followers on Instagram as I write this, and you can join those followers if you have an Instagram account. Her username is kateupton, and I encourage you to click the link here in order to take a closer look at her Instagram.

I’m sure there are a lot of people who would love to have a conversation with Kate Upton, and Kik probably seems like the perfect place to have that conversation. If you’re unfamiliar, Kik is a messaging app that has been around for ages and that is widely used by a lot of people. Unfortunately, it doesn’t seem like Kate Upton is one of those users. I’m sure it’s possible that Kate Upton uses Kik, but as of this writing she has yet to share any information regarding a Kik account with her fans. So if you happen to run into someone on Kik who says that they’re the one and only Kate Upton, I think that they’re probably lying to you.