Major Lazer Snapchat Name – What is their Snapchat Username & Snapcode? 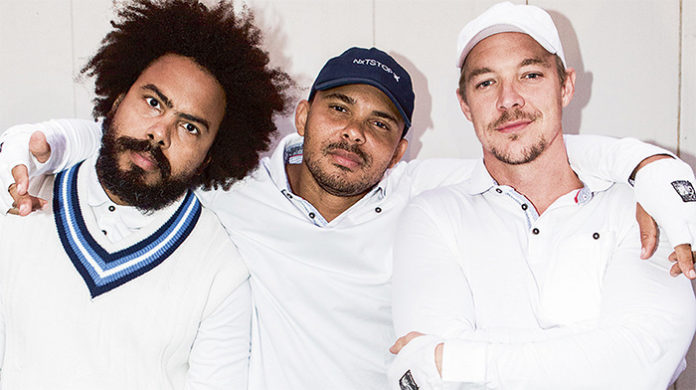 Formed in 2009, Major Lazer- an electronic music trio, made themselves known in 2009 with the album, Guns Don’t Kill People…Lazers Do. Founded by Switch and Diplo, their current line up consists of the latter, Jillionaire, and Walshy Fire. Since their debut, they’ve released several hit tracks including Watch Out For This (Bumaye), Lean On, Cold Water, and Run Up. Most recently this summer, they dropped their fourth EP, Know No Better.

Known for their mix of reggae with house, reggaeton, dancehall, and moombahton, Major Lazer was originally formed in 2009 by DJs Switch and Diplo; the two had become acquainted with one another after working together with M.I.A. Getting to work at the studio, their first single, Hold the Line was eventually released later that same year.

Born on November 10, 1978 in Tupelo, Mississippi, DJ Diplo (Real Name: Thomas Wesley Pentz) developed a love for music early on in his life. While attending Temple University in the late 90’s, he began to garner attention for the first time as a disc jockey. Prior to meeting Switch, he released a number of mixtapes and extended plays including Epistomology, Newsflash, and Diplo Rhythm.

Originally from London, England, DJ Switch (Real Name: David James Andrew Taylor) established his own music label, Dubsided with fellow record producer Sinden in 2006. Prior to forming Major Lazer with Diplo, he worked extensively with M.I.A., having co-produced a number of her hit tracks.

Preceded by their debut single Hold the Line, some highlights from the track list include the titles Pon de Floor, Keep It Going’ Louder, What U Like, When You Hear the Baseline, Jump Up, and Keep it Going’ Louder. Well received, the album garnered favourable reviews from many publications including The Guardian, Vibe, and and Pitchfork Media.

In the United States, Guns Don’t Kill People…Lazers Do ended up peaking at number 169 on the Billboard Top 200, number 7 on the Top Electronic Albums, and number 4 on the Top Heatseekers.

A few years later, they dropped their second studio album, Free the Universe on April 16, 2013. More successful than its predecessor, it reached as high as number 34 on the Billboard 200; eventually, it also managed to top the Dance/Electronic Albums in the US. Major Lazer’s first global hit, the project also charted in Japan, Australia, Denmark, France, Germany, and New Zealand, among a few other countries.

Supported by eight singles, Free the Universe gave rise to fourteen numbers including Bubble Butt (Feat. Bruno Mars, Tyga and Mystic), which went on to become their first record to attain RIAA certification in the United States. A few other highlights include Watch Out For This (Bumaye), Jah No Partial, Got Free, and Scare Me.

On June 1, 2015, they released their third album, Peace is the Mission. Made available as a digital download, it spawned the single, Lean On, which became a number one hit in the Netherlands, Finland, Denmark, Belgium, and Australia. Executively produced by Diplo, the project entered the Billboard Top 200 at number 12 with 16,000 copies sold. Elsewhere, it charted within the top ten in the UK, Sweden, Norway, Finland, among a few other countries.

Relatively well received, Peace is the Mission boasted nine tracks including Light it Up (Feat. Nyla), All My Love (Feat. Ariana Grande and Rachel Montano), Powerful, Blaze Up the Fire, and Roll the Bass.

Aside from the above albums Major Lazer has also come out with a handful of extended plays- their first charting EP, Apocalypse Soon was released on February 25, 2014. Produced entirely by DJ Diplo, five tracks were introduced including Aerosol Can (Feat. Pharrell), Lose Yourself (Feat. RDX and Moska), Dale Asi (Feat. Mr. Fox), Come On to Me (Feat. Sean Paul), and Sound Bang (Feat. Rachel Montano).

In the United States, the extended play peaked at number 137 on the Billboard Top 200, number 6 on the Top Dance/Electronic Albums and number 28 on the Independent Albums chart.

Most recently this summer, they released their fourth EP, Know No Better. Produced by the trio themselves with help from King Henry and Gilberto Magana, a number of artists made guest appearances in the extended play including Camila Cabello, Travis Scott, J Ballin, Ice Prince, Sean Paul, among others. A six-track project, it gave rise to Front of the Line, Sun Cara, Particula, Jump, Know No Better, and Buscando Huellas.

According to reports, Major Lazer will be releasing a brand new album titled, Music is the Weapon in March 2018. 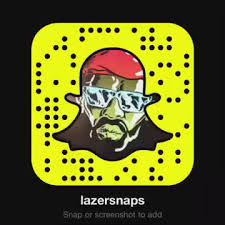 The electronic music group had revealed their Snapchat username via Twitter back in 2014. If you want to add Major Lazer to your friend’s list, click here.

Want to add them on Facebook? You can follow them by liking their official page at @majorlazer- they’ve already got themselves over 3.8 million fans on the site!

Want to stay up to date with the boys? Go ahead and give them a follow on Twitter- you can find their official account at @Majorlazer.

You can view many behind the scene photos/videos posted over at their Instagram account at @majorlazer- their follower count has already surpassed the 3 million mark!

Feel like listening to some of their hit tracks? Be sure to visit their official Youtube channel at @majorlazer for many of their music videos and more!