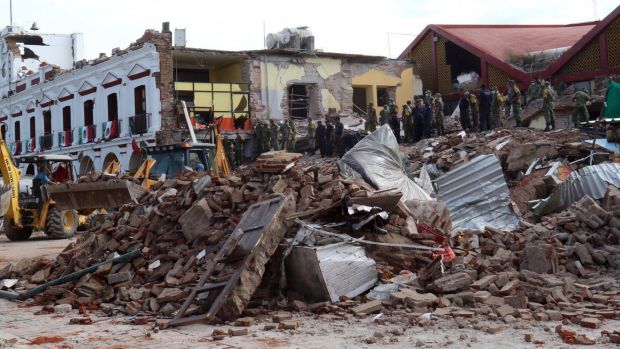 The two big earthquakes that have damaged hundreds of buildings in Mexico in recent weeks could cost over $2 billion. President Enrique Peña Nieto said earlier today that the estimates of the damages caused by the two earthquakes could be more than $2 billion.

Entire apartment buildings were closed and demolished shortly after the earthquake. Other buildings remain closed as authorities continue assessing the damages. Two earthquakes have struck Mexico in recent weeks, with the latest being a magnitude 7.1. The two earthquakes have left hundreds of people dead and many others injured. Authorities said the death toll of last week’s earthquake was now 338.

The government will also spend on helping the victims of the 8.1 magnitude earthquake. More than $350 million will be transferred by the government to those affected. The electronic transfers will help people repair their homes.

Authorities are still assessing the damage but they have revealed that the most recent earthquake caused the collapse of 38 buildings in the capital. Other buildings remain closed as they show heavy damage on the walls.

A number of shelters have been created for those who cannot enter their homes. Many now want to know when they can go back but it could take some time as many buildings were damaged across several states. Schools are some of the places being used as shelters.

The magnitude 8.1 earthquake that struck Mexico earlier this month was the strongest to hit the country in 100 years. The second earthquake came less than two weeks after.