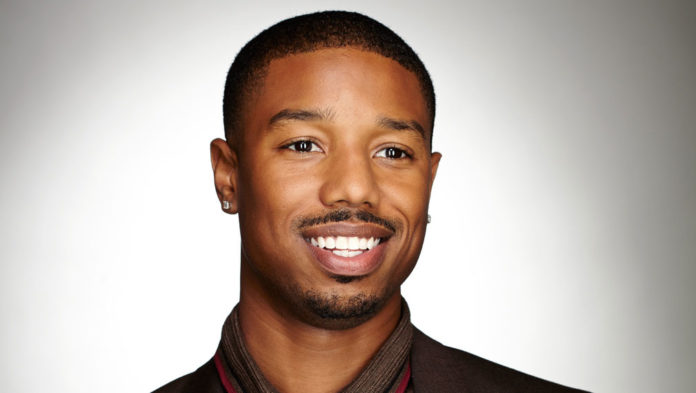 Michael B. Jordan has done a great deal of acting in both television and film over the years. However, he has only recently become a significant and well-known name in Hollywood. This is due to his roles in blockbuster films like Fantastic Four, Creed, and Black Panther. Jordan has come a very long way since he first began acting, and he has been able to accumulate a ton of fans over the years due to his extraordinary work.

Michael Bakari Jordan was born in Santa Ana, California in February of 1987. Although he was born in California, he and his family ended up moving to Newark, New Jersey when Michael was still very young. Initially, acting wasn’t really in the cards for Jordan. He did a little bit of local modeling, but he didn’t really seem interested in acting professionally. That ended up changing, though. In 1999, he had very brief appearances in television shows like Cosby and The Sopranos. His first major role came in 2001, when he had a large role in the comedy Hardball. This movie admittedly wasn’t a blockbuster, but it still gave a young Michael B. Jordan the ability to really get his feet wet in the entertainment industry. 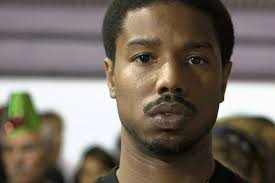 In the years to come, he would encounter even more important roles. In 2002, he played the role of Wallace in The Wire. Needless to say, Michael was really getting involved in acting, and he was associating himself heavily with some well-regarded productions. His breakout adult role came in 2009, when he starred in the NBC show Friday Night Lights. Jordan played Vince until the show ended, and this role really allowed him to break into the mainstream. This positive trend continued into 2012, when he held a lead role in the box office hit science fiction movie Chronicle. Probably the most critically acclaimed role to come from this time period is when he played Oscar Grant.

He co-starred alongside Zac Efron and MIles Teller in That Awkward Moment. (This comedy film received very poor reviews, but it performed excellently in the box office.) In 2015, Jordan played Johnny Storm in Fantastic Four. This was a big budget movie, but it didn’t do very well at all. Later that year, he redeemed himself when he starred in Creed. Creed served as a spin-off to the popular Rocky film franchise, and it was well-received on both a commercial and critical level. The biggest role that Michael B. ordan has coming up right now lies in the Marvel Cinematic Universe, where he is set to play Erik Killmonger in 2018’s Black Panther. This is a highly anticipated film, and knowing Jordan’s past accomplishments, he’s sure to deliver an electrifying performance. 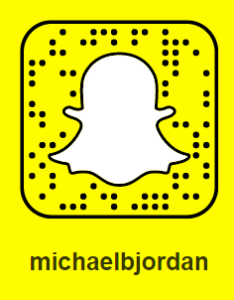 If you want to add Michael B. Jordan on Snapchat, then there are a few different things that you can do. First, you should consider just scanning his Snapcode. For your convenience, I’ve stuck a picture of his Snapcode just above. Use the Snapchat app to scan this image, and you can add him. If you want, you can also just click the link right here to add Michael B. Jordan’s official Snapchat account.

Like many other celebrities, Michael B. Jordan has an official, verified Facebook page. As of this writing, the page has nearly 800,000 likes. That’s a lot, especially when you consider that he hasn’t been that popular in the mainstream for that long. You can find this page through Michael’s username, which is @michaelbjordan. Take a look at this Facebook page simply by clicking the link here.

Believe it or not, but Michael B. Jordan has actually been on Twitter since early 2009. Since then, he has been able to accumulate over 420,000 followers. If you want to become one of those followers, I suggest you navigate to his account by clicking the link here. Otherwise, you can just find him by searching for his official Twitter handle, which is @michaelb4jordan.

Although Michael B. Jordan has a large following on both Twitter and Facebook, without a doubt, his most popular social media account is his Instagram. He has over 2.5 million followers on the image-based social platform. Michael B. Jordan’s Instagram username is simply michaelbjordan. Check out the kind of stuff that he shares with his followers by clicking the link here.

So we know that Michael B. Jordan is a regular user of Facebook, Instagram, and Twitter. Does that mean that he’s also a regular user of Kik? (If you’re unfamiliar, Kik is the name of a very popular messaging app. It has been around for ages, and it’s pretty much always been popular.)