Nicki Minaj Snapchat Name – What is Her Snapchat Username & Snapcode? 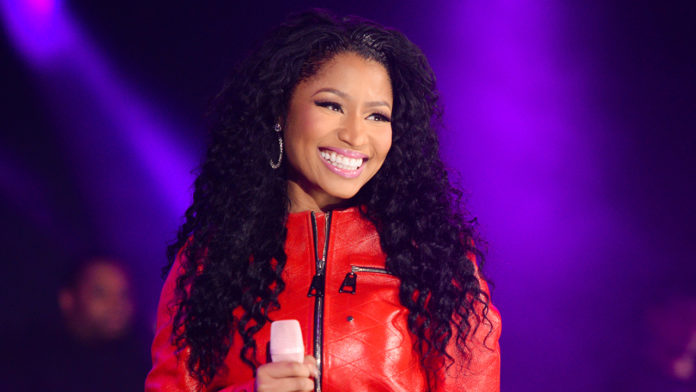 An award-winning hip hop artist, Nicki Minaj has been hailed as one of the most influential female rappers of all time. Raised in Queens, New York, she initially wanted to become an actress after graduating from high school. It wasn’t until she was in her early twenties that she rapped on stage for the first time as a member of the group, Full Force. Eventually leaving the crew, she released her debut mixtape, Playtime is Over in 2007.

Born on December 8, 1982 in St. James, Trinidad and Tobago, Nicki Minaj (Real Name: Onika Tanya Maraj) is the daughter of Robert and Carol Maraj, both of whom are gospel singers. Due to his father’s drug and alcohol addiction however, she was raised majorly by her mother and grandparents. When she was five years old, they moved to Queens, New York, where they lived on 147th Street. As a teen, she went to LaGuardia High School in Manhattan, an institute that focused on the visual and performing arts.

Following her graduation, Nicki wanted to become an actress. Though she was cast in an Off-Broadway production of In Case You Forget shortly afterwards, acting soon proved to be difficult as she eventually struggled to land more roles. In order to support herself, she went on to work a number of jobs including as a waitress at Red Lobster and as an office manager for a local business.

Then in 2004, she signed with the Brooklyn music group, Full Force- though she didn’t stay long. After recording a song together, she left to pursue a solo career. Adopting her current stage name, she dropped her debut mixtape, Playtime is Over on July 5, 2007. A couple more soon followed including Sucka Fee and Beam Me Up Scotty in 2008 and 2009 respectively.

From there, she eventually landed a record deal with Young Money Entertainment in 2009 after being discovered by Lil Wayne. A year afterwards, she released her debut album, Pink Friday on November 22, 2010. Produced by Blackout Movement, J.R. Rotem, Swizz Beatz, and T-minus, among others, it came complete with thirteen tracks including Check it Out, Save Me, I’m the Best, Last Chance, Moments 4 Life, and Fly, many of which featured guest vocals from artists such as Rihanna, Drake, Kanye West, Eminem, and will.i.am.

A considerable hit, the album entered the Billboard Top 200 at number two with 375,000 sales in the initial week- a new record for a female hip hop artist at the time. A successful debut, Pink Friday eventually topped the Billboard 200, as well as the Top R&B Albums and Rap Albums charts. Showered with praise, it eventually gave rise to eight singles- one of which includes the eight times platinum, Super Bass.

Responsible for propelling her into stardom, her debut album later received a Grammy Award nomination for Best Rap Album, as well as ones for Best Rap Performance and Best New Artist in 2012. As of 2017, Pink Friday has gone platinum three times in the United States with close to 2 million domestic sales.

On April 2, 2012, Nicki released her second album, Pink Friday: Roman Reloaded. A mix of dance-pop and hip hop, the project featured several guest appearances from Cam’ron, Rick Ross, 2 Chainz, Lil Wayne, and Chris Brown, and a few others. Produced by a number of collaborators, it showcased nineteen new tracks including Va Va Voom, Pound the Alarm, Starships, Beez in the Trap, and Right by My Side– all five of which were later released as singles. Another major success for the artist, it garnered high reviews from many publications including Rolling Stone, and The Guardian.

Two years later, she came out with her third album, The Pinkprint on December 15, 2014. Produced by Minaj herself alongside Ronald Williams, Lil Wayne, Birdman, and a variety of musicians, the project’s notably more hip hop compared to its predecessor. Supported by seven singles, it gave rise to another sixteen tracks including Bed of Lies (Feat. Skylar Grey), Buy a Heart (Feat. Meek Mill), Want Some More, Feeling Myself (Feat. Beyonce), and Pills n Potions.

A smash hit, it entered the Billboard Top 200 at number two with 244,000 sales and 16.8 million streams online by the end of the first week. Nominated for Best Rap Albums at the 58th Grammy Awards, it has since sold over 734,000 copies in the US, which resulted in it earning 2x platinum accreditation from the RIAA.

A multi-platinum selling artist, Nicki Minaj has sold over 60 million singles worldwide. With millions of fans around the world, it’s not surprising to know that she’s also received her fair share of industry accolades. Since her debut, she has won countless awards including six American Music Awards, eleven BET Awards, seven BET Hip Hop Awards, fifteen BMI Awards, three MTV Video Music Awards, among numerous others. As if that wasn’t impressive enough, the singer has also been nominated for ten prestigious Grammy Awards.

In early 2015, it was announced that the rapper had begun a relationship with fellow artist, Meek Mill. After two years of dating, it was revealed via Twitter that they had broken up in January 2017. 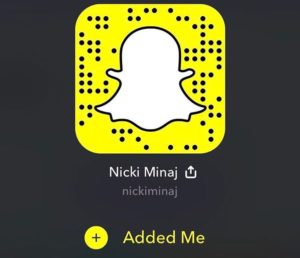 Better late than never, the rapper recently joined Snapchat this summer. If you’d like to add Nicki Minaj to your friend’s list, you can do so by clicking here.

If you want to follow Nicki on Facebook, you can do so by liking her official page at @nickiminaj.

Want to stay up to date with the rapper? You can find her over on Twitter at @Nickiminaj- where she already has over 21 million followers!

Interested in seeing some behind the scene photos/videos? Go ahead and follow her on Instagram- you can find her on the app at @nickiminaj, where she has over 82 million fans!

If you feel like watching some of her music videos, head on over to her official Youtube Vevo channel at @NickiMinajAtVEVO.