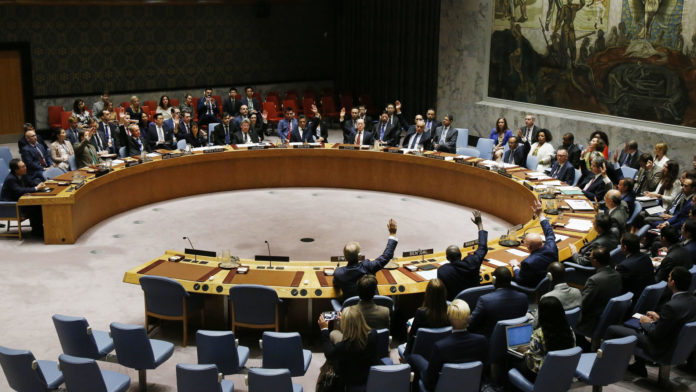 North Korea has threatened the US after the sanctions by the United Nations. The latest threat comes following sanctions that were approved by China and Russia. The two countries agreed to the sanctions after they were reduced from what the US had originally proposed.

The latest sanctions look to stop the country from receiving income for its missile program. The sanctions not only restrict oil imports but also ban textile exports. The sanctions come days after a nuclear test by North Korea.

North Korea’s ambassador to the UN spoke about the sanctions, saying he categorically rejected them. He also called it an illegal resolution. The ambassador said during a conference that the upcoming measures by North Korea will make the United States suffer the greatest pain it has ever experienced.

The initial sanctions included a ban on oil imports, the freezing of assets and a travel ban for North Korea’s leader but those were later changed. China and Russia reportedly voted for the sanctions after they were softened.

The new sanctions now include a ban on exports of textiles, one of the most important industries in the country. There is also a limit on imports of oil and oil products and a ban on new visas for workers.

The new sanctions come just months after others were also approved. Back in August, the UN banned North Korean exports of materials such as coal and ore. Earlier this year, China, its only ally, also suspended coal exports from North Korea.

The sanctions come after many missile tests by North Korea. The recent tests have raised concern among neighbors in the region, with Japan holding evacuations and nuclear drills in the last few months.