Pia Mia Snapchat Name – What is Her Snapchat Username & Snapcode? 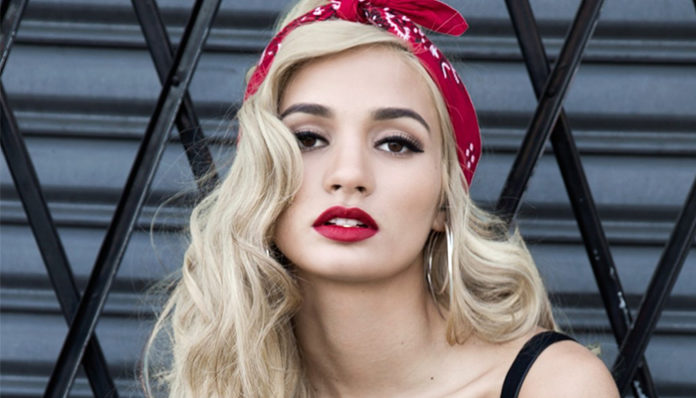 A singer-songwriter from Guam, Pia Mia originally rose to fame on Youtube, where she had posted videos of herself singing. Eventually signing to Interscope Records, she released the single, Fight With U (Feat. G-Eazy) in 2015. Later that same year, she attained widespread attention for the song, Do It Again (Feat. Chris Brown and Tyga). From what we can tell, the blonde is currently working on her debut studio album.

Born on September 19, 1996, Pia Mia is the daughter of Peter Perez Jr. and Angela Terlaje Perez. Raised in the tropical island of Guam, he fostered a love for music at a young age. Especially interested in singing, she eventually began to post covers of popular songs onto Youtube.

Creating her own channel at the age of thirteen, Pia Mia uploaded a number of cover songs onto the site including of At Last, Part of Your World, The Prayer, Listen, On My Own, and Mad World. As she continued to post new content diligently, her following gradually increased.

With time, her subscriber count eventually hit the thousands, and later, the tens of thousands. As of 2017, this figure has grown to surpass 249,000- on top of that, she’s also received over 34 million views across all of her videos. Her most popular upload at the moment, a cover of Drake’s Hold On, We’re Coming Home, has accumulated over 9.8 million views. Some of her other top hits include her covers of Going Home, It will Rain, and Bubblegum Boy.

As her popularity grew over time, more and more people became aware of her work. Many years after she first started to post on Youtube, she was introduced to record executive About Thiam, who also happened to be the manager for Chris Brown. As one thing led to another, she eventually found herself working with Nic Nac, whom she’s since been in a relationship with.

On December 23, 2013, the singer dropped her debut EP, The Gift. Produced by Nic Nac, the project was originally released independently as a digital download. Primarily an R&B and pop record with elements of trap and hip hop, it contained eight tracks including On My Mind, Lost & Found, Mr. President, Shotgun Love, and I Got It, among others.

One of the greatest highlights of the extended play, was her cover of Drake’s Hold On, Were Going Home. Originally posted onto Youtube on August 23, 2013, the song has since racked up millions upon millions of views online (as mentioned earlier, it remains to be the most popular video of her channel).

Thanks to the success of the cover, Pia Mia soon landed a multi-album deal with Interscope Records in February 2014. Through the imprint, she subsequently released Fight For You, a joint venture with Chance the Rapper written for the film, Divergent (2014). Supported by the success of the action movie, the soundtrack went on to peak at number sixteen on the Billboard Top 200.

Her first record with the label, Do It Again was released on May 4, 2015. Featuring Tyga and Chris Brown, the song’s production was handled by Chris O’Ryan and Nic Nac. Met with success, the single charted at number 71 on the Billboard Hot 100 and number 19 on the US Rhythmic. Elsewhere, it was also a hit in New Zealand, Scotland, Australia, and the UK.

Eventually certified platinum by the RIAA, Do It Again has sold over 1,000,000 copies across the United States. A testament to her success, the accompanying music video has since received over 315 million views on her official Vevo channel.

A few months later on October 30, 2015, the American singer released her next single, Touch (also taken from her upcoming debut album). Co-written by Pia Mia along with Justin Tranter, Julia Michaels, Tor Erik Hermansen, and a few others, it proved to be a decent hit- though not as popular as Do It Again.

While Touch didn’t chart in the United States, it did go on to reach number 10 in New Zealand, number 28 in Scotland, and number 47 in Australia and the UK. As of 2017, the official music video has racked up over 26 million hits.

Since then, the twenty year old has come out with two additional singles, We Should Be Together, and I’m a Fan (Feat. Jeremih). Unlike her previous works however, neither of them charted upon release.

Aside from her solo releases, Pia Mia has also been collaborating with other artists on a regular basis over the last two years. For instance last year, she was featured in will.i.am’s hit song, Boys & Girls. Made available on the web on April 8, 2016, the single charted in several different countries worldwide including the UK, Scotland, Australia, Germany, Scotland, and France.

As mentioned earlier, the American singer is currently in a relationship with music producer, Nicholas Balding (aka “Nic Nac) whom she met back in 2013 (they started dating many months later in November 2014). As of 2017, the couple have not made any mentions of tying the knot anytime soon.

Prior to this, she was romantically involved with American actor, Remy Thorne. 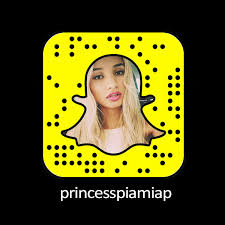 For those who’d like a glimpse of her every day life, be sure to add the singer on Instagram- you can find her on the photo sharing app at @piamia, where she’s already got close to 5 million fans!

You can find the singer’s official Youtube channel at @6peasinapod.

Alternatively, you can stream many of her music videos and the like, on her Youtube Vevo page at PrincessPiaMiaVEVO.