Rowan Blanchard’s Snapchat Name – What is Her Snapchat Username & Snapcode? 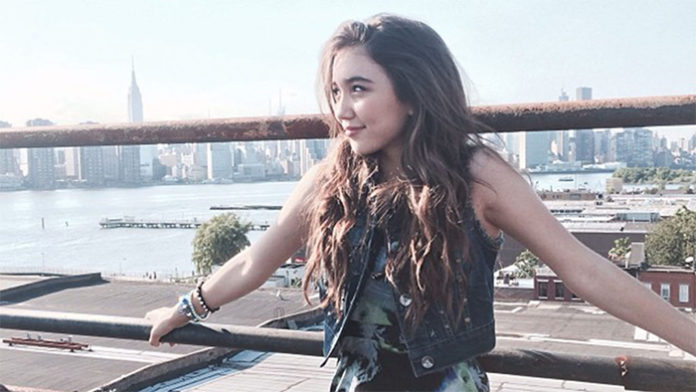 A teen actress, Rowan Blanchard is perhaps best known for playing Riley Matthews in the Disney sitcom, Girl Meets World. Interested in drama since the age of five, she landed her first official acting role in the romantic comedy, The Back-up Plan in 2010. Later that same year, she was cast in the TV series, Dance-a-Lot Robot (2010).

Born on October 14, 2001 in Los Angeles, California, rowan Blanchard is the daughter of Mark and Elizabeth Blanchard, both of whom are yoga instructors. The oldest of three siblings, she has a sister named Carmen and a brother named Shane. Like many young stars, she got involved with acting at a young age. By the time she was nine, she had made her movie debut in the film, The Back-Up Plan, playing alongside Jennifer Lopez, Alex O’Loughlin, Michaela Watkins and Eric Christian Olsen.

With her natural flair, she soon landed a lead role in the Disney Junior Original Series, Dance-a-Lot Robot (2010). From there, she co-starred in Robert Rodriguez’s spy comedy, Spy Kids 4: All the Time in the World (2011). The final instalment of the Spy Kids franchise, the cast also included Jessica Alba, Alexa Vega, Joel McHale, Daryl Sabara, and Mason Cook.

Released in theatres on August 19, 2011, Spy Kids 4: All the Time in the World grossed $11 million over the weekend, after taking in $4 million on opening night. Despite negative reviews, the movie ended up being a huge commercial success, with a worldwide gross of $85.7 million- over three times that of its production budget! For her portrayal of Rebecca Wilson in the comedy, Blanchard received a Young Artist Award nomination for Best Performance in a Feature Film.

Then in 2014, the actress reached a turning point after being cast as the lead protagonist in the Disney sitcom, Girl Meets World. Created by April Kelly and Michael Jacobs, it served as the sequel to Boy Meets World, revolving around the life of Blanchard’s character. Her television breakthrough, her performance in the series garnered her much acclaim, as well as another Young Artist Award nomination.

Released on June 27, 2014, Girl Meets World premiered to 5.16 million viewers in the United States. Following a successful season, the show was renewed for two additional seasons before being cancelled in 2017. By then, the sitcom had earned itself the title of being one of the most popular series to have aired on the Disney Channel. In total, it ran for 72 episodes from 2014 to 2017.

Not only did Girl Meets World garner the actress an award nomination, but the series itself also received three Primetime Emmy Award nomination for Outstanding children’s Program, among many others. Throughout its three-year run, the show received countless praises from critics including those writing for The Daily Beast and Pittsburgh Post-Gazette. To date, it remains to be one of the greatest highlights of Blanchard’s career.

After making a guest appearance in the comedy series, Best Friends Whenever, she starred in the Disney Channel Original Movie, Invisible Star. Based on a book by Beatrice Colin, the story revolved around a young teen who accidentally turns her older sister invisible during a botched science experiment. While Blanchard played the part of Cleo, the younger sister, actress Paris Barely portrayed the role of her older sister, Molly.

In addition to the two young stars, the movie also featured actors Karan Bear, Alex Desert, Rachel Crow, Austin Fryberger and Will Meyers. Released on October 9, 2015, the film was watched by over 4 million viewers in the United States, most of which were in their early teens. The third most-watched show on cable that night, it later drew in another 2.3 million viewers during the encore broadcast the next morning.

Most recently, the actress joined the cast of the period sitcom, The Goldbergs (2017). Created by Adam F. Goldberg, the show takes place in 1980’s Jenkintown, Pennsylvania. Premiered in 2013, it wasn’t until this year that Blanchard made her debut as Jackie Geary, the girlfriend of protagonist, Adam (played by Sean Giambrone) in season four. Following a 24-episode run, the season came to an end on May 17, 2017. A fifth season will be premiering on September 27, 2017.

It has been announced that the actress will be making an appearance in the upcoming Disney film, A Wrinkle in Time. Starring Storm Reid, Oprah Winfrey, and Reese Witherspoon, it is scheduled to come out in theatres on March 9, 2018. For now, it has not been revealed what role the actress will be playing in the movie.

Talented beyond her age, Rowan Blanchard has received a handful of award nominations over the past few years. As mentioned earlier, she garnered her first Young Artist Award nomination in 2012 for her portrayal in the spy comedy, Sky Kids: All the Time in the World.

Most recently this year, she received her second Teen Choice Award nomination for the category of Choice Changemaker. 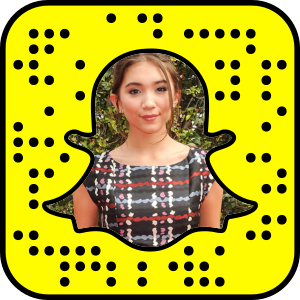 Want to stay on top of her news and announcements? Be sure to follow her on Facebook- you can find her official page at @rowanblanchardofficial.

If you’re a fan, you wouldn’t want to miss out on her Twitter either- you can find her official account over at @rowanblanchard.

Interested in seeing some behind the scene photos from Blanchard herself? You’ll be happy to know that she’s also on Instagram! You can follow her at @rowanblanchard.

Though it only has four videos, you can find the actress’ official Youtube channel over at @RowanBlanchard. Who knows, maybe she will upload some new material onto her page some day!