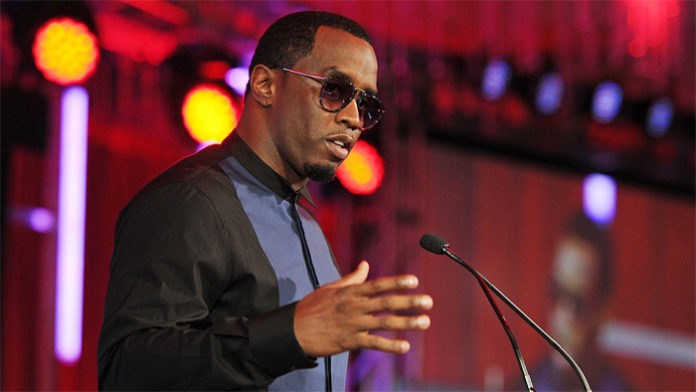 One of the most successful musicians in the country, Sean Combs made his debut many years ago with his 1997 album, No Way Out. A former intern at Uptown Records, he established Bad Boy Entertainment after being fired from the company in 1993. Over the next few years, he signed many acts to the label including Faith Evans, Father MC, and Carl Thomas. It wasn’t until 1997 that he made his professional debut under the stage name, “Puff Daddy.”

Born on November 4, 1969 in Harlem, New York City, Sean John Combs was raised in the city of Mount Vernon. When he was still a toddler, his father- a former US Air Force officer, was shot to death in Central Park. As a teen, he went to Mount Saint Michael Academy, a Roman Catholic high school in the Wakefield neighborhood. A splendid athlete, he was a member of the school football team, for which he eventually helped to win a division title. After completing high school, he went to Howard University where he majored in business, though he ultimately dropped out during his sophomore year.

From there, he landed a job at Uptown Records as an intern. During his time there, he helped to develop artists Mary J. Blige and Jodeci. At one point, he also helped to promote an immensely successful AIDS fundraiser. Eventually relieved of his position in 1993, he set off to establish his own music label, Bad Boy Entertainment with Arista Records.

On July 1, 1997, he released his debut album, No Way Out through his label, Bad Boy. Produced by Combs himself with help from a few other individuals, the project contained seventeen hip hop titles including  I’ll Be Missing You, Can’t Nobody Hold Me Down, Victory, Been Around the World, and It’s All About the Benjamins (Remix), all of which were later released as singles. A considerable success, the album quickly reached the top of the Billboard 200 within the first week, with 561,000 sales; it later also topped the R&B/Hip Hop Albums chart.

Outside of the United States, No Way Out also enjoyed success in Canada, Greece, the UK, Belgium, and France, among a few other countries. A breakthrough for Combs, the album effortlessly shot him into super stardom. To date, the project has gone platinum seven times in the United States, having sold over 7 million domestic copies.

Two years after his successful debut, he dropped his second studio album, Forever on August 24, 1999. Produced by himself and The Hitmen, it boasted nineteen tracks- many of which featured guest appearances from artists such as R. Kelly, Carl Thomas, Redman, Lil’ Kim, Mario Winans, and Hurricane G. Supported by four singles, the album mostly received mixed reviews from critics. Despite this however, it proved to be another commercial hit, with over 205,000 first week sales.

Upon its release, Forever entered the Billboard Top 200 at number two and the Top R&B Albums at number one. Elsewhere, it also charted decently in Canada, Germany, Switzerland, the UK, France, and Austria. As of 2017, more than 1.4 million copies of the album, which has since gone platinum in the US, have been sold across the globe.

Then on July 10, 2001, Combs came out with his third endeavor, The Saga Continues… His only album to be credited under “P. Diddy”, it boasted twenty five tracks, making it considerably longer than his previous releases. Well over an hour in length, it gave rise to many hit songs including Blast Off, Diddy, Let’s Get It, That’s Crazy, Where’s Sean?, and  Roll on Me. His last joint endeavor with Arista Records, it entered the Billboard Top 200 at number two and the Top R&B Albums chart at number one.

His fourth studio album, Press Play was later released on October 17, 2006. His first full length project in four years, it included several guest appearances from Keyshia Cole, Christina AGuilera, Nicole Scherzinger, Paris Hilton, among others. A loose conceptual album with a mix of hip hop and dance-pop oriented sounds, it came with nineteen numbers, four of which were eventually released as singles (e.g. Come to Me, Through the Pain (She Told Me), Last Night, Tell Me).

More successful than The Saga Continues…, it debuted at number one on the Billboard Top 200; by the end of the first week, more than 173,000 copies of the album had been sold. Within a month, the album had sold over 500,000 copies, earning it gold accreditation in the United States.

A distinguished individual of the music industry, Combs has received countless recognitions since his debut in the late 90’s. So far, he has won three Grammy Awards (e.g. Best Rap Album, Best Rap Performance by a Duo or Group), two MTV Video Music Awards (e.g. Best R&B Video, Viewer’s Choice), and an NAACP Image Award for his acting in the TV film, A Raisin in the Sun (2008).

The musician is currently dating American singer, Cassie Ventura. The father of seven children, he has had several relationships in the past with Diana Bianchi, Sky Nellor, Naomi Campbell, Jennifer Loez, Kim Porter, among a few others. 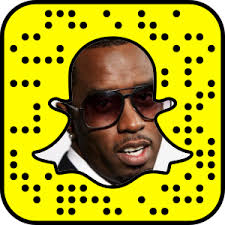 Want to follow the star on Facebook? You can do so by liking his official page at @Diddy, where he’s already amassed over 4.5 million fans!

Looking for an easy way to stay up to date with the musician? Why not follow him on Twitter? You can find Sean Combs over at @diddy.

Perhaps you’d like to look at some photos taken by the artist himself? If so, you should add him on Instagram over at @diddy. With over 8.6 million followers, he’s quite the popular guy!

From the looks of it, it doesn’t seem like Sean Combs has an official Youtube channel of his own (as of yet anyway).