Sofia Carson Snapchat Name – What is Her Snapchat Username & Snapcode? 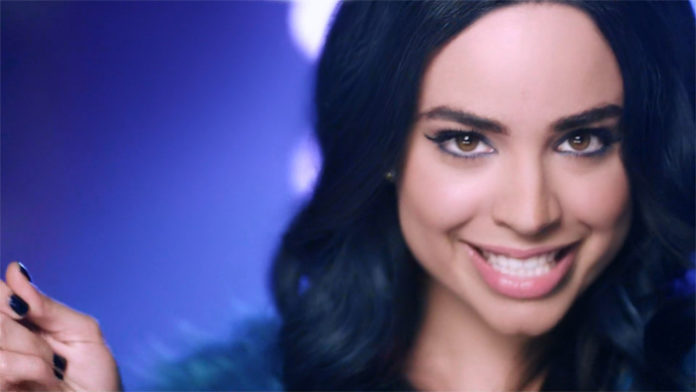 An actress and singer, Sofia Carson is perhaps best known for playing Evie in the Disney Channel Original Movie, Descendants. Originally from Florida, she kick started her acting career in her early twenties in an episode of the teen sitcom, Austin & Ally. Since then, she has appeared in several TV shows including Soy Luna (2016), Walk the Prank (2016), and Adventures in Babysitting (2016). In 2016, she made her film debut in Tini: The Movie.

Born on April 10, 1993 in Ford Lauderdale, Florida, Sofia Carson is the daughter of Laura Char Carson and Jose F. Daccarett, both immigrants from Columbia. As a teen, she went to St. Hugh School briefly before transferring to the Carrollton School of the Sacred Heart from which she graduated from in 2011. Upon completing high school, the brunette went to UCLA where she majored in communications.

Signing with BMI in 2012, Carson eventually landed a guest role in the popular Disney sitcom, Austin & Ally in 2014. Just a few months afterwards, she was cast as a recurring character in the MTV comedy, Faking It (2014).

A year after her debut, she received a breakthrough with the musical fantasy film, Descendants. Written by Sara Parriott and Josann McGibbon, the movie revolved around the teen children of Cruella De Vil, the Evil Queen, Jafar, and Maleficent. Responsible for launching her into stardom, it saw her portraying the role of Evie, the daughter of the Evil Queen. Joining her as members of the main cast were Dove Cameron, Booboo Stewart, Cameron Boyce, Mitchell Hope, and Sarah Jeffery.

Released via the Disney Channel on July 31, 2015, Descendants attracted over 6.6 million viewers during its premiere night, most of which were in their early teens. Outside of the US, the TV film also enjoyed success in Australia and Britain where it was watched by 151,000 and 827,000 viewers respectively.

Following the success of the TV film, Disney released a sequel in the form of a computer animated cartoon called, Descendants: Wicked World (2015). Picking up where the movie had left off, it introduced several new characters from Auradon and the Isle of the Lost. Carson’s first voice-acting role, she lent her voice to Evie, while the rest of the original cast returned for the voicing of their respective characters.

Premiered on September 18, 2015, the animated series ultimately continued for two seasons- during which it was nominated for a Teen Choice Award.

After guest starring in a few episodes of Soy Luna (2016), and Walk the Prank (2016), Carson found herself co-starring in John Schultz’s TV film, Adventures in Babysitting (2016). A remake of the original 1987 film, it aired on the Disney Channel on June 24, 2016. Watched by 3.45 million viewers during its premiere, the story revolved around two teens with the same passion for photography, despite their polar opposite personalities. Playing alongside Sabrina Carpenter who portrayed the role of Jenny Parker, Carson portrayed the part of Lola Perez.

Filmed in Vancouver, British Columbia, Adventures in Babysitting is noteworthy in that it marked the milestone of being the 100th Disney Channel Original Movie.

Then on July 21, 2017, the actress reprised her role as Evie for a second time (not counting the cartoon) in the Disney movie, Descendants 2. A direct sequel to the 2015 film, it saw the return of most of the cast including Dove Cameron who played as Mal, Cameron Boyce who played as Carlos de Vil, and Booboo Stewart who played as Jay, among others. More successful than its predecessor, its premiere ended up being viewed by close to 9 million viewers.

In 2016, the actress co-starred in the Spanish-Italian film, Tini: The Movie, which served as a sequel to the Disney telenovela, Violetta. Screened in Spain and Italy that May, the movie was later digitally released in the United States in December 2016.

That same year, she starred in the direct-to-video movie, A Cinderella Story: If the Shoe Fits opposite of Thomas Law, for which she also contributed to the soundtrack.

Sofia Carson as a Singer

Though she hasn’t released any solo albums, the brunette has worked on a few original movie soundtracks, as mentioned above.

For instance in the summer of 2015, she performed a few songs in the first original soundtrack including Rotten to the Core, Good Is the New Bad, Set it Off, both of which were collaborations with her fellow cast mates. Made available on July 31, 2015, it entered the US Billboard Top 200 at number one during its first week of release, with over 42,000 sales. Elsewhere, the album also charted in Australia, Spain, Italy, France, and Belgium.

Most recently this July, she provided the vocals for the tracks, Ways to be Wicked, Space Between, It’s Goin’ Down, Kiss the Girl, You and Me, Rather Be with You, and Better Together in the original movie soundtrack for Descendants 2. Upon its release, the album entered the Billboard Top 200 at number six with approximately 46,000 sales in the US.

Aside from those two, Carson had also worked on the soundtrack for A Cinderealla Story: If the Shoe Fits in 2016. 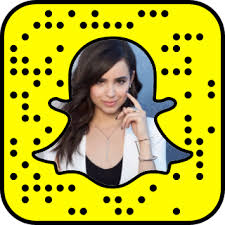 The actress revealed her Snapchat username via Twitter a couple of years. Want to follow the Descendants star on the app? You can do so by clicking here.

Interested in staying atop of her announcements? Why not join over 480,000 other fans in following her on Twitter?

Perhaps you’d like to view some photos posted by the star herself? You can find Sofia Carson on Instagram at @sofiacarson, where she already has over 8 million followers.

You can stream many of her official music videos at her Vevo Youtube channel which is accessible at @SofiaCarsonVEVO. As of 2017, her account has already received more than 133 million views across all of her uploads!