Swae Lee Snapchat Name – What is His Snapchat Username & Snapcode? 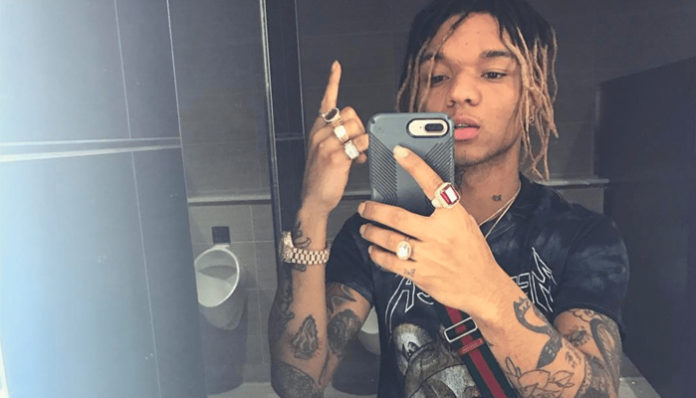 A recording artist from Mississippi, Swae Lee is perhaps best known for being one half of the hip hop duo, Rae Sremmurd- the other half being that of his brother, Slim Jxxmi. Into music ever since their teens, the two siblings began taking music more seriously in 2009, after performing a bit with a local group called Dem Outta St8 Boyz. Eventually signing with EarDrummers Entertainment, they released their debut single, No Flex Zone in 2014. A year later, they followed up with their first studio album, SremmLife.

Born on June 7, 1995 in Inglewood, California, Swae Lee (Real Name: Khalif Malik Ibn Shaman Brown) grew up in Tupelo, Mississipi with his brother, Slim Jxmmi (Real Name: Aaquil Iben Shamon Brown). Due to the fact that their father had left the family early on, the siblings were raised single handedly by their mother. Interested in music at a young age, Swae and his brother started to write their own music while they were still in grade school.

Eventually in their teens, the brothers met Jemiah Middlebrooks with whom they later decided to form a band called Dem Outta St8 Boyz. Using their own savings, they purchased the necessary recording equipment to produce music at home. Drawing inspiration from the Soulja Boys, they recorded a number of songs which they subsequently released online.

After a while, the group split. Ultimately, it was following that event that the siblings began to take music more seriously. As one thing led to another, the brothers were able to land a record deal with EarDrummers Entertainment, an Atlanta-based imprint in 2013; Swae was eighteen at the time.

Forming a music duo with his brother, they two adopted the name of “Rae Sremmurd.” In 2014, they released their debut single, No Flex Zone via digital download on the web. Produced by Mike Will Made It, the hip hop track quickly propelled them to fame as it peaked at number 36 on the Billboard Hot 100. Their breakthrough hit, the record eventually also charted among the top ten on the Hot R&B Songs, Hot Rap Songs, and Hip-Hop Airplay charts in the US.

Written by the brothers themselves, an official music video was later uploaded online a few days afterwards on September 18, 2014. As of 2017, the MV has been streamed well over 277 million times. The song itself, has since also received platinum certification with more than one million domestic sales.

A year after their breakthrough, Swae and his brother released their next big hit, No Type on September 15, 2014. More successful than its predecessor, it reached as high as number three on the Billboard Hot 100 not long its release; eventually, the single also charted at number three on the Billboard Hip-Hop Songs and number two on the Hot Rap Songs. Their second RIAA-certified track, it has since gone platinum three times in the United States. Elsewhere, the single has also charted in Belgium, Canada, France, Denmark, and the UK.

Following another single release, the duo dropped their debut album, SremmLife on January 6, 2015. Supported by five singles, the project contained eleven hip hop tracks including Throw Sum Mo (Feat. Nicki Minaj and Young Thug), Safe Sex Pay Checks, This Could be Us, Up Like Trump, and Come Get Her. Generally well received, it garnered a four star rating from Complex and Rolling Stone Magazine.

Chart performance wise, the album peaked at number five on the Billboard Top 200 with 34,000 copies sold in the first week. Outside of the US, it also charted in Canada, Norway, Belgium, Sweden, and the UK.

On August 12, 2016, their second album, SremmLife 2 was released. A sequel to SremmLife, it entered the Billboard Top 200 at number seven, selling 15,000 copies within the first week. Preceded by two singles, Look Alive and By Chance, eleven tracks were featured in the playlist including Shake it Fast, Came a Long Way, Take it or Leave it, Do Yoga, and Now That I Know. Similar to their earlier studio effort, the album also included a few guest appearances from artists Juicy J, Lil Jon, and Gucci Mane.

Supported by a concert tour which ran for two months, SremmLife 2 ultimately gave rise to their most popular single to date, Black Beatles (Feat. Gucci Mane)- a chart topper that has since gone platinum four times in the US.

Speaking of collaborations, the hip hop duo have worked with many other artists over the years including Kendrick Lamar, Davido, Baauer, and Future. Perhaps one of their most noteworthy collabs is that of Blase with Ty Dolla $ign, a song that has since been certified platinum by the RIAA. Some of their other joint ventures include the titles Come Down, Rowdy, Young Dumb & Broke (Remix), and We.

In 2016, the twenty something year old announced that he was working on his solo debut album, to be called, Swaecation.

A Grammy Award nominee (for his work as a songwriter on Beyonce’s hit song, Formation), Swae Lee has received a couple of other accolades over the past two years including an MTVU Woodie Award nomination for Songwriter of the Year, and a Soul Train Music Award nomination. 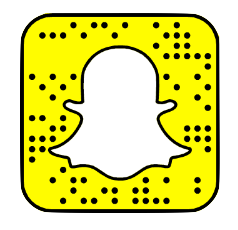 If you want to add the hip hop artist to you friend’s list on Snapchat, click here.

Want to follow him on Facebook? You can do so by liking his official page at @OfficialSwaeLee. Alternatively, you can also follow Rae Sremmurd’s page at @RaeSremmurd.

Interested in seeing some behind the scene photos from the celebrity himself? Why not follow him on Instagram? You can find him on the app at @swaelee.

Though Swae Lee himself doesn’t seem to have a Youtube channel, you can find Rae Sremmurd’s account over at @RaeSremmurd if you feel like listening to some of their hit songs.