Taylor Lautner Snapchat Name- What Is His Snapchat Username & Snapcode 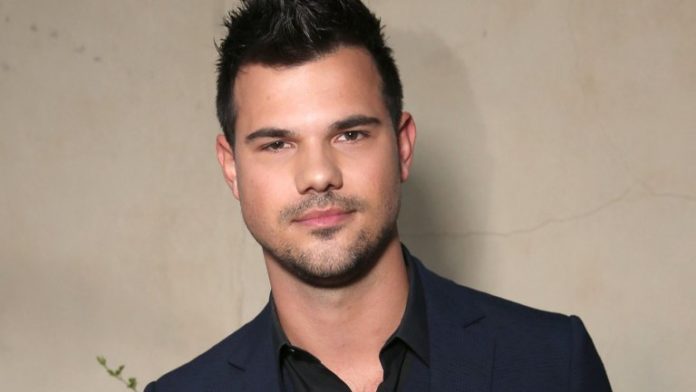 Taylor Lautner has been in the entertainment industry for a very long time. When he was very young, he was appearing in films like The Adventures of Sharkboy and Lavagirl in 3-D. However, he is perhaps best known for his portrayal of Jacob Black in the hit Twilight film series. Twilight has had an enormous fan base for a very long time, and Lautner sort of inherited that fan base when he took on a major role in the franchise. Although the Twilight series concluded a few years ago, Taylor Lautner has still been able to retain a lot of his fans from back then. He has millions of fans, and these fans are known to show their support for him on social platforms such as Instagram, Twitter, Snapchat, and Facebook. Sometimes, Taylor even uses social media as a way to reach out to his fans directly.

Taylor Lautner was born in February of 1992 in Grand Rapids, Michigan. His father was a pilot and his mother worked in software development, so acting wasn’t really in the family. Believe it or not, but Lautner didn’t actually grow up with acting in mind, initially. He was originally just a karate student. He took his first karate class when he was six years old, and quickly showed an aptitude for it. By the time he was just eight years old, Taylor had already earned his black belt and won a few junior world championships. That wasn’t the only interest that Lautner had, though. In junior high, he was also involved in baseball, football, and dance. He was a very busy (but also very talented) young guy. 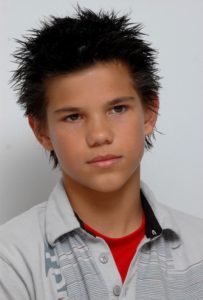 While he was in high school, Taylor picked up acting on a recommendation by Michael Chaturantabut. Chaturantabut and Lautner had a lot of history in karate together. (He is perhaps best known for playing the Blue Ranger in the television series Power Rangers Lightspeed Rescue.) Taylor really took this advice to heart, and he spent a lot of high school flying back and forth between Los Angeles and Grand Rapids in order to attend auditions. During this time, Lautner was bullied a lot by his peers for pursuing acting as a career. He didn’t let it phase him, though. In fact, in 2002, he and his family moved to California permanently in order to help him further his career.

It didn’t take very long for Taylor to get right into acting when he made that move. Originally, he started out doing voice roles. Lautner did voice work for shows like Danny Phantom, Duck Dodgers, Rugrats Go Wild, and even What’s New, Scooby-Doo?. He also had a few small television roles. He didn’t really get his first breakout role until The Adventures of Sharkboy and Lavagirl in 3-D, where he played the titular Sharkboy. Although the film received mixed reviews itself, it was very popular, and it definitely helped to put a young Lautner on the map, so to speak. Just a couple of years later, Taylor would find his defining role when he was cast as Jacob Black in Twilight, the first film of many in the Twilight series. To this day, Jacob Black is probably Taylor Lautner’s most iconic role, and it pretty much got him where he is today. 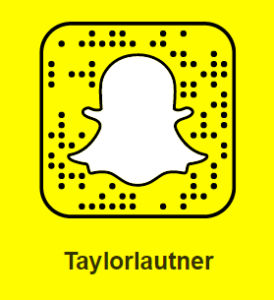 If you want to add Taylor Lautner on Snapchat, you’re in luck! There are several different things that you can do to add this movie star on the social platform. First of all, you can just scan his Snapcode using the Snapchat app. As you can see, I have included an image of his Snapcode above for your convenience. Another thing that you can do is just search for Taylor through his username, which is just ‘Taylorlautner’. If neither of those work for you, you can also just click the link right here to follow him quickly and easily.

Although Taylor Lautner doesn’t have a personal Facebook account in the traditional sense, he has the next best thing. If you search for @TaylorLautner on Facebook, you will find his official, verified fan page. This page has over 30 million likes, and it is used pretty frequently. Feel free to check Taylor Lautner’s Facebook page out for yourself by clicking the link here.

Believe it or not, but Taylor Lautner doesn’t actually seem to have a Twitter account! There are a few accounts on Twitter that claim to be his official Twitter, but none of them are actually verified. This means that, more than likely, they are impersonators or parody accounts. If you find someone who says that they’re Taylor Lautner on Twitter, I think that that they are probably being dishonest with you.

I am sure that if you’re a big fan of Taylor Lautner, you might have a strong interest in holding a conversation with him. However, I’m not sure that something like that is really possible through Kik. Kik is a very popular messaging app, but it doesn’t seem as if you can count Lautner among its users. He has never shared anything publicly that would lead me to believe that he has a Kik account. You should still be able to engage with him through his other accounts, though.