Teyana Taylor Snapchat Name – What is Her Snapchat Username & Snapcode? 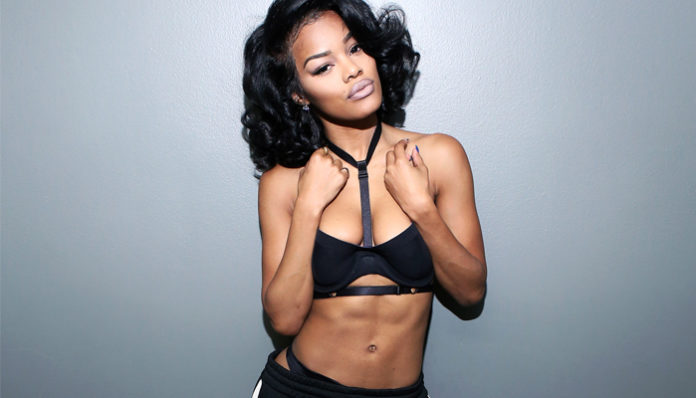 A talented R&B artist, Teyana Taylor first made herself known with her 2008 debut single, Google Me. Hailing from New York, she’s been performing ever since she was nine years old. At the age of seventeen, she landed a record deal with Pharrell Williams’ music imprint, Star Trak Entertainment. Shortly afterwards, she was featured on MTV’s My Super Sweet Sixteen, which garnered her a considerable amount of attention.

Born on December 10, 1990 in Harlem, New York City, Tayana Taylor is of Afro-Trinidadian descent. Raised almost single handedly by her mother, she discovered her love for performing at a young age. Throughout her childhood, she participated in several talent competitions including the well known National All-Star Talent Search at the Apollo Theater. Some of her greatest musical inspirations include Michael Jackson, Lauryn Hill, Janet Jackson, and Stevie Wonder.

After working with Beyonce for her Ring the Alarm music video in 2006, she secured a music deal with Pharrell William’s record label, Star Trak Entertainment. That year, she was featured in Jay-Z’s Blue Magic music video, after which she released her first single titled, Google Me. Produced by Jazze Pha, the song enjoyed a certain degree of success- it even caught the attention of Google. A solid debut, it ended up peaking at number 90 on the Hot R&B and Hip Hop Songs chart.

A year later, she released her debut mixtape, From a Planet Called Harlem on August 16, 2009. Made available as a digital download, the hip hop project boasted 25 tracks including Switch it Up!, Something Light, You Make Me Feel…, I Need a Girl (Remix), Let’s Get Right, and Good Enough. Praised by fans, it featured guest appearances from Lil’ Wayne, Nicki Minaj, Chris Brown, Fabolous, Trey Songz, Lil’ Kim, among others.

On September 18, 2012, Taylor was featured as one of the artists in GOOD Music’s compilation album, Cruel Summer. Pack filled with hip hop tracks, the singer made a few appearances in the songs, To the World, Sin City, and Bliss. Generally well received, it debuted at number two on the Billboard Top 200 with over 200,000 first week sales; the album eventually also peaked at number one on the Top Hip-Hop Albums chart. If anything, the project had earned her further exposure as a new artist.

Two years later, she dropped a new song titled, Maybe, which featured American rappers Yo Gotti and Pusha T. Taken from her debut album, the track is cowritten by Taylor herself with help from Brian Soko, Terrence Thornton, Mario Mims, and Andre Proctor, among others. Produced by The Order Music, Jaramye Daniels, and Kyle Owens, it ended up peaking at number 11 on the Top R&B Songs Chart and at number 10 on the Bubbling Under Hot 100 Singles- making it her most successful single to date.

Taylor’s major label debut album, VII was later made available on November 4, 2014. A mix of soul and hip hop, it boasted twelve tracks including Put Your Love On, It Could Just Be Love (Interlude), Broken Hearted Girl (Feat. Fabolous), Do Not Disturb (Feat. Chris Brown), In the Air, and Dreams. A successful release, it earned positive reviews from several publications including Entertainment Weekly and HipHopDX. By the end of the year, it had spawned three singles, Do Not Disturb, Business, and Maybe.

In terms of chart performance, VII entered the US Billboard 200 at number 19 with 16,000 sales in the initial week; it later sold an additional 8,000 copies by the end of the third week. Eventually, the album also managed to reach number one on the Top Hip-Hop Albums chart. According to Niel Soundscan, over 24,000 copies have since been sold in the United States.

Besides the above, Taylor has also made several guest appearances over the years. For instance, she’s worked with Missy Elliott, Jadakiss, Meek Mill, John Legend, Travis Scott, Brianna Perry, and Vince Staples, among others. Some of said songs include: Hell of a Life, Rock Wit Me, Hold You Down, Take My Breath Away, and Want You Back.

In 2010, the singer made her movie debut as a supporting character in the drama film, Stomp the Yard: Homecoming. Directed by Rob Hardy, its main cast consisted of Collins Pennie, Jasmine Guy, David Banner, Keith David, and Pooch Hall. Then a year later, she appeared in the comedy, Madea’s Big Happy Family, which came out in theaters in April 2011. A box office hit, it ended up grossing over $54 million in the United States.

According to IMDb, she will be starring in an upcoming music drama film titled, Honey 4 (2018) which will come out sometime next year.

Last fall, it was revealed that the singer had been secretly married to her long-term boyfriend, Iman Shumpert, a professional NBA basketball player for the Cleveland Cavaliers. On December 16, 2015, the couple welcomed a daughter into their family named Iman Tayla Shumpert Jr. Allegedly, Shumpert had delivered her with his bare hands at home after she had gone into early labor. 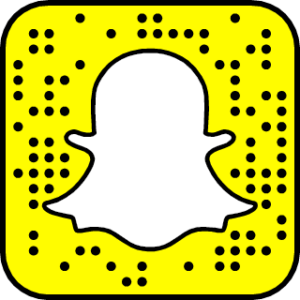 A couple years back, it was announced that her and Shumpert had gotten a couple’s snapchat. If you’d like to add them to your friend’s list, click here.

If you’d like to follow the singer on Facebook, you can do so by liking her official page at @teyanataylor where she already has close to 2 million fans!

Want to see some pics from Taylor herself? You can find her on the photo/video sharing app at @teyanataylor.

The easiest way to stay in touch with the artist is probably via Twitter. You can find her over on the platform at @teyanataylor.

Feel like listening to some of her hit songs? You can stream most of her music videos at her official Vevo channel at @TeyanaTaylorVEVO.