Tiesto Snapchat Name – What is His Snapchat Username & Snapcode? 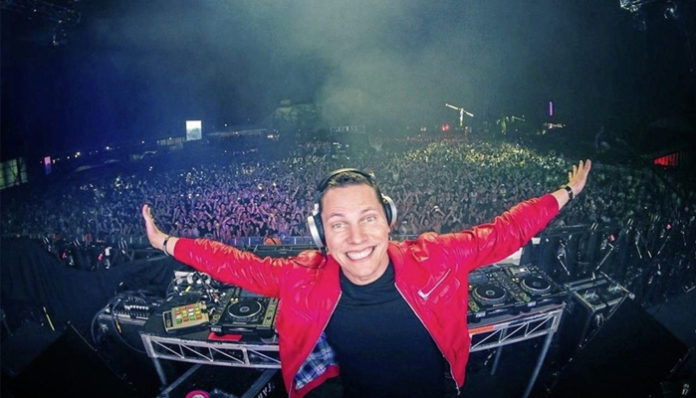 One of the greatest DJ of all time, Tiesto has been creating jams for over two decades. The founder of Black Hole Recordings, he released his debut album In My Memory in 2001, which gave rise to a handful of hits including Lethal Industry. Over the years, he has come forth with many new projects including Just Be, Elements of Life, Kaleidoscope, and A Town Called Paradise.

Born on January 17, 1969 in Breda, Netherlands, Tiesto (Real Name: Tijs Michiel Verwest) first got into music at the age of twelve. However, it wasn’t until he was in his early teens that his passion for the art form intensified- before long, he was Djing at a number of events including school parties. At one point in time, he even performed at a small local club. After many years of experimenting with his sound, he started to release material through Noculan Records in 1994.

Eventually creating his own music label, Tiesto released his first full length project, In My Memory on April 15, 2001. A trance album, it featured the vocals of a few artists including Kirsty Hawkshaw, Nicola Hitchcock, and Jan Johnston. Produced by the DJ with help from Junkie XL, nine songs were introduced including Obsession, Suburban Train, Lethal Industry, Battleship Grey, and Flight 643. Though the album only peaked at number 25 on the Dutch Albums, it spawned a handful of singles that launched his career.

Three years later, the follow-up Just Be was released on April 6, 2004. Co-written almost entirely by Tiesto himself, the album saw ten tracks, a few of which included guest vocals from BT, Aqualung, and Kirsty Hawkshaw. Following its release, it reached the top of the Dutch national charts, making it the first album to achieve such a feat in 23 years. Elsewhere, it also charted in the US, Hungary, Germany, Belgium, and the Netherlands. Since then, Just Be has received gold certification in the United Kingdom.

Following another three-year long break, the DJ dropped his third album, Elements of Life. Consisting mainly of progressive trance, the project featured several collaborations including those with Julie Thompson, Maxi Jazz, Christian Burns, and Charlotte Martin. Packed with a dozen brand new tracks, it eventually gave rise to a handful of singles including Dance4Life, In the Dark, Sweet Things, and Break My Fall.

A bit hit, Elements of Life quickly became his most successful album at the time- within the first month alone, more than 72,000 copies had been sold. Supported by a world tour which kicked off the following February, the project later earned Tiesto his first Grammy Award nomination for Best Electronic/Dance Album in 2008.

In the fall of 2009, Tiesto came out with his fourth studio album, Kaleidoscope. A mix electronic and trance, its production was handled by a few individuals including Ollie Corneer, Frank E, Tijs Verwest, and Stefan Engblom, among a few others. Recorded at a number of studios across the world, the album debuted on the UK Albums chart at number 20 and on the Irish and Mexican charts at number 5.

In the United States, Kaleidoscope eventually peaked at number 59 on the Billboard Top 200. Similar to his previous title, the artist later also hit the road for a Kaleidoscope World Tour in support of the album.

After releasing an album under the alias of Allure in 2011, he returned as Tiesto in 2014 with the project, A Town Called Paradise. A blend of dance-pop, electro-house, and EDM, he enlisted the help of several individuals for its production including Dan Book, Carl Falk, Disco Fries, Krewella, and Justin Prime. Preceded by three singles, the studio album boasted fourteen songs including Shimmer (Feat. Christian Burns), Wasted (Feat. Matthew Koma), A Town Called Paradise (Feat. Zac Barnett), and Red Lights.

Within a few days of its release, the album debuted at number 22 on the Irish Albums Chart- it later also reached number 39 in New Zealands and number 22 in the UK. In the United States, A Town Called Paradise entered the Billboard Top 200 at number 18 with close to 20,000 first week sales.

Voted “Best DJ of the Last 20 Years” by readers of DJ Magazine, Tiesto has received several titles throughout his year. For instance, he has been named “The Greatest DJ of All Time” as well as “Godfather of EDM” by various publications. Voted by the Dutch as “the 40th greatest citizen of all time”, he was later also honored with the Golden Harp, the national Dutch prize, in 2007. 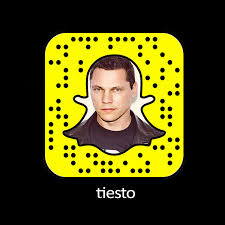 One of the earlier artists to have joined Snapchat, he shared his username with fans back in 2014. If you want to add the DJ to your friend’s list, click here!

If you want to follow Tiesto on Facebook, join over 19 million others in following his official page at @tiesto.

Interested in following the DJ over on Instagram? You can find him on the photo sharing app at @tiesto- looks like he already has well over 5 million fans on the platform!

Tiesto is also active on Twitter! You can find him at @Tiesto- over 5 million fans have already followed him on the site!

Want to keep up with the electronic dance music icon? Listen to some of his jams? Why not follow him on Youtube? You can find him on the site at @officialtiesto.