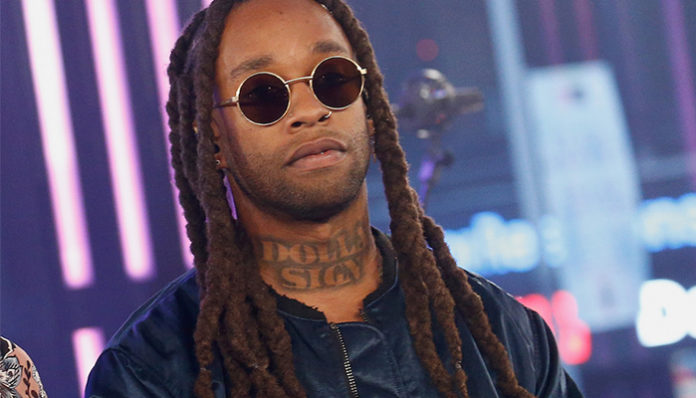 American rapper Ty Dolla Sign (Real Name: Tyrone William Griffin Jr.)  has dropped several big hits including, Blasé, Paranoid, and Or Nah. A Los Angeles native, he signed with Taylor Gang Records in 2013, following a series of mix tape releases in the early 2010’s. His first full length album, Free TC was made available in 2015. Aside from his solo career, he’s also a member of the music production team, D.R.U.G.S.

Born on April 13, 1985, Ty Dolla Sign grew up in Southern Los Angeles, where he got involved with a local gang during his teens. Due to his father’s work with the 80’s band Lakeside, he got to hang around many acts as a child including Prince, and Earth Wind & Fire, which sparked his interest for music.

Later picking up the bass guitar, among other instruments, he released a mix tape dubbed, Raw & Banging Mixtape in 2008 with his partner, Kory. Eventually having a falling out after a few guest appearances on albums by other artists, Ty Dolls Sign went on to collaborate with the LA emcee, YG.

Regarding his biggest musical influences, he has stated that 2Pac is “[his] favourite artist of all time.” Aside from the late rapper, he’s also drawn inspiration from Slum Village, Talib Kweli, and Los Def.

In 2010, he received his initial claim to fame following the release of their joint venture, Toot It and Boot It. A considerable hit, Toot It and Boot It went on to chart at number 67 on the Billboard Hot 100 and number 60 on the Hot R&B Songs. For one thing, its official music video has since been viewed over 32 million times on Youtube.

Gradually making himself known in the rap scene, he landed a record deal with Atlantic Records in 2012- two mixtapes were released shortly afterwards, Beach House and Beach House 2.

On January 21, 2014, Ty Dolla Sign dropped his debut extended play, Beach House EP through the imprint. Produced by the rapper himself with help from Wiz Khalifa, DJ Mustard, Cards, Mike Free, and Young Chop, it gave rise to two singles, Paranoid, and Or Nah, both of which went on to garner him a considerable amount of attention- as well as RIAA certification.

Praised for its high production values, Beach House EP entered the Billboard Top 200 at number 51 with approximately 6,100 first week sales. Named one of the greatest albums of 2014 by Complex Magazine, it included a number of guest appearances from B.o.B., French Montana, Trey Songs, Travis Scott, Jack Rock, among others.

According to reports, the rapper will be unveiling a new album, Beach House 3 this coming October, one that will feature another collaboration with YG.

In 2015, the emcee teamed up with Wiz Khalifa for a collaborative EP titled, Talk About It in the Morning. Produced almost entirely by the duo themselves, it gave rise to five tracks including Pretty Nights, Say No More, Post Up, Judge It, and Refresh.

Later that fall, Ty Dolla Sign came out with his long awaited debut album, Free TC on November 13, 2015. Preceded by three singles, Saved, Blasé, and Only Right, the final playlist boasted sixteen tracks including When I See Ya, Sitting Pretty, Know Ya, Horses in the Stable, Actress, and Bring It Out of Me. A commercial success, it entered the Billboard Top 200 at number fourteen, with 22,000 sales in the first week. Elsewhere outside of the US, the project also  charted in Australia, Canada, Belgium, France, and the UK.

In addition to what’s already been mentioned above, the rapper has also made countless guest appearances in the works of Lyrics Anderson, Lupe Fiasco, DJ Quik, Problem, Bone Thugs-N-Harmony, and Jermaine Durpi, to name a few. Some of said tracks include: You and Your Friends, Pull Up, Everything 100, Nobody, and My Main.

After being single for a period, Ty Dolla Sign announced that he had started to date Fifth Harmony singer, Lauren Jauregui in March 2017. Despite their twelve year age difference, the two appear very much in love as they often share cuddly pics together on social media.

According to reports, the two had first met during the Work From Home Fifth Harmony collaboration.

Since his debut a few years back, Ty Dolla Sign has made himself to be one of the top dogs in the hip hop scene. A multi-platinum selling artist, a number of his records have attained RIAA accreditation including Sucker for Pain, Blasé, Saved Wavy, Paranoid, and Or Nah.

As expected from such an artist, he has received several accolades over the past few years including an iHeartRadio Music Award, an American Music Award, as well as a Kids’ Choice Award, and many others. 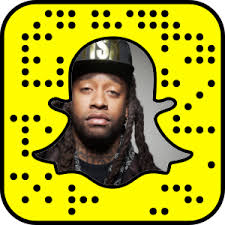 Luckily for us fans, it’s easy to grab ahold of the rapper- for instance, you can follow him on Facebook by liking his official page at @tydollasign (where he’s got himself over 2.8 million fans!).

If you’re interested in seeing some behind the scene pictures, be sure to follow the artist on Instagram- you can find him on the app at @tydollasign. He already has over 3 million fans!

Don’t forget to also follow him on Twitter to stay atop of his latest news and announcements! His official account is over at @tydollasign (he’s the one with over a million followers).

If you feel like streaming some of his hit socks or turning into some of his vlogs, head on over to his official Youtube Channel at @tydollasign.