Wale Snapchat Name – What is His Snapchat Username & Snapcode? 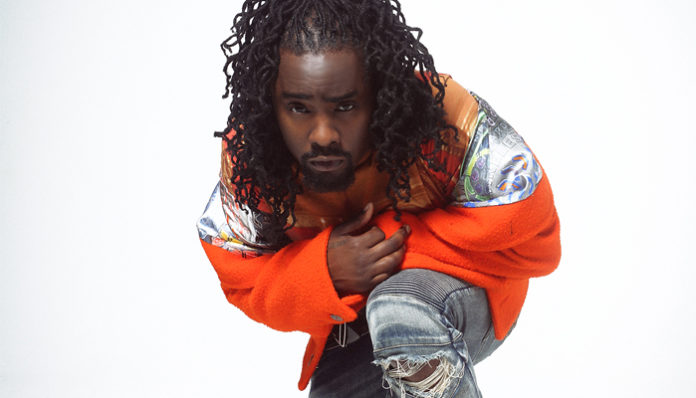 American rapper Wale first rose to prominence with the release of his hit song, Dig Dug (Shake It) in 2006. Raised in Maryland, he started penning his own songs during his teen years. With the eventual release of the above-mentioned track, he became widely known in the local hip hop scene. Eventually dropping a few more singles over the next few years, he landed himself a record deal with Allido Records in 2007. From there, he came out with his debut album, Attention Deficit in 2009.

Born on September 21, 1984 in Washington, D.C., Wale (Real Name: Olubowale Victor Akintimehin) moved to Montgomery County in Maryland with his family when he was ten years old. A student at Quince Orchard High School, he excelled in sports and played for the school’s football team. Later receiving a football scholarship, he went to Virginia State University and Robert Morris University before transferring to Bowie State University (though he ultimately dropped out before obtaining his degree).

At the age of twenty two, Wale recorded his first track, Rhyme of the Century. A local hit, it ended up receiving some airtime on the local radio station. As his presence grew, he eventually signed with a local label through which he released, Dig Dug (Shake It) in 2006. Hugely popular in Washington, D.C., Virginia, and Maryland, it quickly became one of the most requested songs on local radio. From there, the aspiring rapper dropped a few more titles including Breakdown, Uptown Roamers, both of which were later included in his mixtape, Hate is the New Love.

As one thing led to another, Wale eventually signed a joint deal with Interscope and Allido Records in 2008. After releasing a few mix tapes, he came out with his debut album, Attention Deficit on November 10, 2009. Produced by Best Kept, Mark Ronson, David Sitek, among others, it came preceded by the lead single, Chillin which featured pop sensation, Lady Gaga. Responsible for his initial wave popularity, the song peaked at number 12 on the UK Singles Chart.

As far as the album goes, Attention Deficit contained fourteen tracks including Let it Loose, Shades, TV in the Radio, Contemplate, and Prescription. Mostly co-written by Wale himself, the project also featured guest vocals from many big-name stars such as Gucci Mane, Pharrell Williams, Chrisette Michele, Marsha Ambrosius, and Melanie Flona. Upon its release, the alternative hip hop album debuted at number 21 on the Billboard Top 200 in the United States with 28,000 sales in the first week.

On November 1, 2011, Wale released his second studio album, Ambition. A follow-up to his earlier debut, it featured guest appearances from Big Sean, Rick Ross, Ne-Yo, Lloyd, Jeremih, and Kid Cudi, and a few others. Approximately an hour in length, it boasted fifteen titles including Sabotage, Lotus Flower Bomb, Focused, Chain Music, and Bait, all of which were released as singles. Given favorable reviews from critics all-around, it sold 164,000 copies in the first week and entered the Billboard Top 200 at number two. As of 2017, it has gone gold after selling over 500,000 units in the US.

Two years later, he came out with his third album, The Gifted on June 25, 2013. Originally announced in November 2011, it gave rise to four singles including the 2x platinum, Bad (Feat. Tiara Thomas or Rihanna), which remains to be his most successful record to this day. Upon its release, it entered the Billboard Top 200 at number one, making it Wale’s first number one hit in the United States. After selling 158,000 copies in the first week, it sold an additional 50,000 units during the second week. Some highlights from the project include: Clappers, Bad, Bricks, Heaven’s Afternoon, and Love Hate Thing.

Wale’s next album, The Album About Nothing was made available on March 31, 2015- two years after his last. Supported by the singles The Matrimony (Feat. Usher), and The Body (Feat. Jeremih), it received stellar reviews from multiple critics including those writing for Rolling Stone and XXL. Packed with fourteen new tracks, it once again debuted at the top of the Billboard Top 200 with approximately 100,000 copies sold by the end of the first week; it eventually also reached the top of the Top Rap and Top Hip-Hop Albums charts in the United States.

Most recently, the rapper delivered his fifth studio album titled, Shine on April 28, 2017. Produced mostly by himself with help from Cool & Dre, Christian Rich, Diplo, Jake One, and Don Cannon, it included fourteen tracks, a few of which included guest appearances from Travis Scott, Chris Brown, Davido, Zyla Moon, Olamide, and Wizkid. 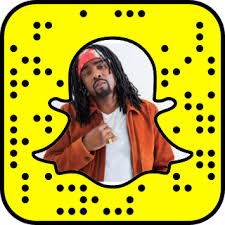 Like many celebrities, you can find Wale on Snapchat. A fan of the star? You can add the rapper to your friend’s list, simply click here.

Want to follow Wale on Facebook? You can do so by liking his official page at @waleofficial, where he already has over 4 million fans!

If you want to stay atop of his news, be sure to follow the artist on Twitter- you can find him on the platform at @wale.

Despite the fact that he used to be on Instagram, it seems that he may have deleted his account recently. We’ll let you know if he ever returns to the app.

Perhaps you feel like listening to some of his jams? Watching his music videos? You can do all of that over at his official Youtube channel at @walemusic where he’s already received over 390 million views!