Wiz Khalifa Snapchat Name – What is His Snapchat Username & Snapcode? 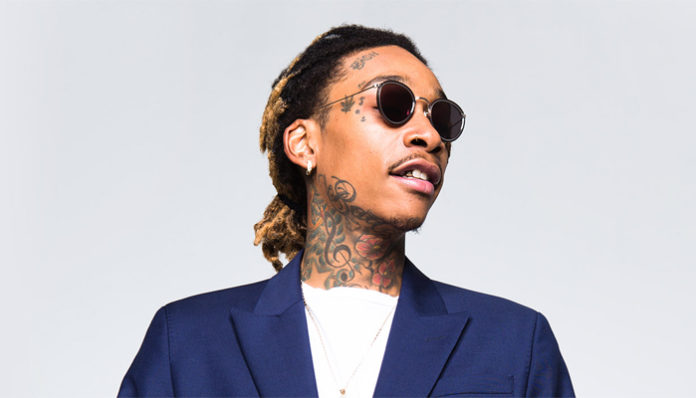 A well established rapper, Wiz Khalifa initially rose to fame with the release of his hit song, Black and Yellow in 2010. Having gotten into hip hop as a teen, he recorded a number of mixtapes throughout the 2000’s including Grow Season, Prince of the City, and Star Power, among others. At the age of nineteen, he released his debut album, Show and Prove through Rostrum Records.

Born on September 8, 1987, in Minot, North Dakota Wiz Khalifa (Real Name: Cameron Jibril Thomaz) moved around frequently due to his parents’ service in the military. Eventually settling in Pittsburgh, Pennsylvania, he went to Taylor Allderdice High School where he got into with hip hop. Later during his senior year, he released his debut.

From there, the aspiring artist came out with his debut album, Show and Prove on September 5, 2006. Produced by Johnny Juliano, Benjy Grinberg, and I.D. Labs, among others, it featured a few guest appearances from Boaz, Kev da Hustla, S. Money, Vali Porter, and Kev da Hustla. While it gained some degree of traction, it didn’t manage to reach any record charts.

Following a few mixtape releases, Wiz released his second album, Deal or No Deal on November 24, 2009. Another collaboration with I.D. Labs who produced most of the tracks, it came with fifteen titles including Moola and the Guap (Feat. Lavis and L.C.), Right Here (Feat. Josh Everette), Red Carpet (Like a Movie), and Bout Y’all (Feat. Josh Everette). A step up from his earlier effort, the album managed to reach number 25 on the Top Albums chart and number 10 on the Top Rap Albums chart.

Just a year later, he hit it big with the song, Black and Yellow. His breakout single, it was made available on September 14, 2010. Creating sparks in the rap scene, it entered the Billboard Hot 100 at number 100 before peaking at the top in February 2011. Aside from the Billboard 100, the single also reached number one on the Hot Rap Songs and Billboard Rhythmic charts in the United States.

A global hit, Black and Yellow eventually charted in over a dozen countries around the world. Six times platinum in the US, the official music video has since been viewed over 264 times on Youtube.

Shortly after his breakthrough release, Wiz released his third album, Rolling Papers on March 29, 2011. His major label debut with Atlanta Records, its tracks were all co-written by the artist himself. Preceded by four singles, all of which went on to attain RIAA certification, the project contained fourteen titles including Star of the Show and Rooftops which featured Chevy Woods and Curren$y respectively.

His most successful album to date despite mixed reviews), it entered the Billboard 200 at number two with close to 200,000 first week sales. Later on, it also topped the R&B Albums and Rap Albums charts. As of 2017, Rolling Papers has sold over two million copies across the country.

A year later, the rapper dropped his fourth album, O.N.I.F.C (Only Nigga in First Class). Inspired by Prodigy’s H.N.I.C., it debuted at number two on the US Billboard Top 200; by the end of the first week, it had sold approximately 148,000 copies. Supported by two singles, Work Hard Play Hard, and Remember You, the album included a handful of guest features from Courtney Noelle, Amber Rose, 2 Chainz, Pharrell, LoLa Monroe, Juicy J, and The Weeknd. So far, more than a million copies have been sold within the United States, making it the second most successful album of his career.

His fifth album, Blacc Hollywood was made available on August 19, 2014. His first album to reach number one on the Billboard Top 200, it eventually also managed to grab the top spot on the US Top R&B Albums. Featuring guest appearances from Juicy J, Project Pat, Ty Dolla Sign, Chevy Woods, Nicki Minaj, among others, the project came with thirteen tracks including KK, Promises, So High, and We Dem Boyz, the last of which eventually went platinum.

From there, the rapper eventually released his most successful single to date, See You Again. Not only was it commissioned for the action film, Furious 7 (2015), but it also served as a tribute to late actor, Paul Walker. A collaboration with Charlie Puth, the song’s music video quickly became the most-viewed video on Youtube that summer. Number one on the Billboard Hot 100 for twelve non-consecutive weeks, it later received three Grammy Award nominations for Best Song Written for Visual Media, Best Pop Duo/Group Performance, and Song of the Year. Certified 9x platinum as of August 2017, See You Again has since been streamed over 21 million times worldwide.

In early 2011, the rapper began dating model Amber Rose. A little over a year into their relationship, the couple got engaged in March 2012, after which they tied the knot in July 2013. They welcomed a son, Sebastian Taylor Thomaz, into the family on February 21, 2013. Following their divorce in September 2014, the two have joint custody of their son.

As of 2017, Wiz is currently in a relationship with Izabela Guedes, a 25-year-old model and make up artist. 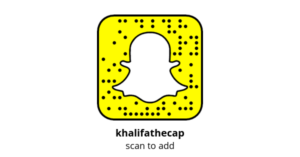 Many fans were excited to learn that the rapper had joined Snapchat last summer. If you’d like to add Wiz Khalifa to your friend’s list, please click here.

Want to follow the rap star on Facebook? You can do so by liking his official page at @wizkhalifa. Super popular, he already has over 41 million fans on the site!

Perhaps you’d like to see some behind the scene photos? You’ll be happy to know that you can find Wiz on Instagram under the name @wizkhalifa.

Looking for a way to stay connected with the rapper? You can find Wiz Khalifa over on Twitter at @wizkhalifa, where he has more than 31 million followers!

If you have the urge to listen to some of his songs, be sure to head on over to his Youtube channel at @taylorgangent.