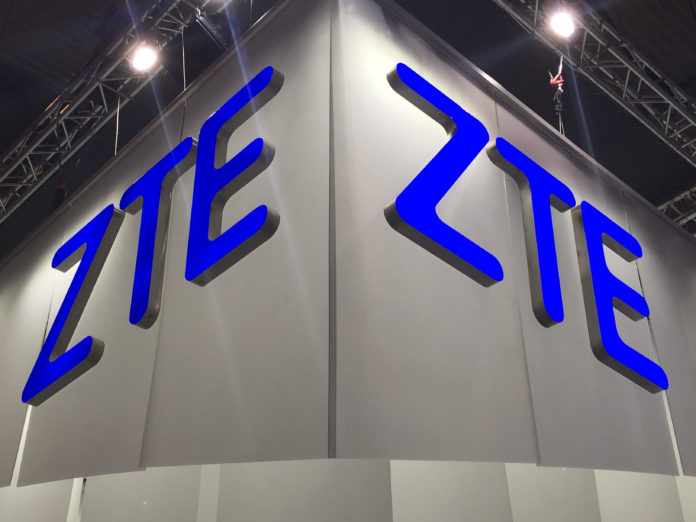 In recent weeks, rumors have been mentioning Samsung’s foldable smartphone, currently known as the Samsung Galaxy X. But another company might be planning its own foldable device, which is now rumored to be coming earlier than Samsung’s.

We’re talking about ZTE, which rumors say could unveil a foldable device as early as October. The interesting information comes from VentureBeat. The tech site said that the phone will fold and become a 6.8-inch phablet. The anonymous source that spoke to the tech site about ZTE’s phone said that the device will have two 1080p panels on the front and back.

The phone, which is known as the Axon Multy, could be released as early as next month. ZTE will be holding a press event on October 17 and leaker Evan Blass believes the foldable smartphone could be part of their plans.

Samsung is also said to be planning a foldable smartphone but its debut has been rumored for next year. A ZTE release next month would be ahead of the competition. It’s been rumored that Samsung’s device will see a limited release in the second half of 2018.

ZTE is partnering with AT&T for the dual screen device and while there are still many details to be revealed, there is some information on the specs. According to the report, the phone will have 4GB of RAM, 32GB of storage, 20MP camera, 3,120 mAh battery and a Snapdragon 820 processor. Those don’t sound like the greatest specs in the world, especially after what we’ve seen this year, but we’ll have to wait for the event to find out more.

Bezel-less devices were the big improvement of 2017 but things could be very different next year as at least two companies are said to be working on foldable smartphones.

What do you think about the recent rumors on foldable smartphones? Let us know in the comments.