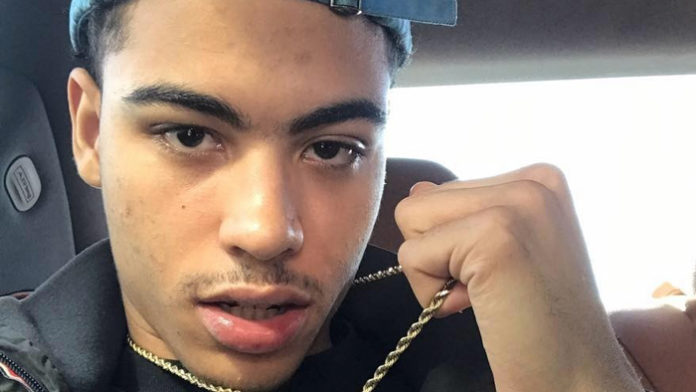 Based in Brooklyn, New York, Jay Critch rose to fame for his viral remix of, Did It Again. An emerging star, he recently became the latest signee of Rich The Kid’s Rich Forever record label. While he has yet to drop a debut mixtape, he has released a number of singles including, Did It Again, Speak Up, Adlibs.

A frequent collaborator, the twenty year old has also teamed up with his Rich Forever label mates on multiple occasions. For instance, he has contributed to the songs, In My Coupe, I Don’t Answer, Loose It, Read About It, and Moon Walkin.

Like most artists, Jay Critch has also been establishing a presence for himself online. On social media, the rapper currently has over 13,000 subscribers on Youtube, 30,000 followers on Twitter, and 265,000 fans on Instagram. With what he’s capable of producing, we foresee these numbers to increase in the near future.

With all that said, how successful is the young rap artist? How well off is he? According to various sites, Jay Critch is estimated to have a current net worth of $100,000. Where did he make this money from? How many streams of income does he have? Let’s take a look at all this below.

How did Jay Critch Make His Money & Wealth? 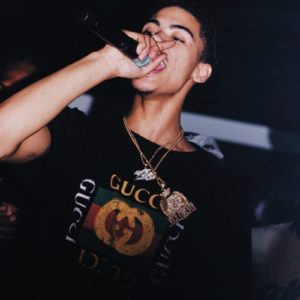 Born on February 25, 1997 in Brooklyn, New York, Jay Critch spent the majority of his youth in the Clinton Hills area. Growing up, he, like many other rappers, took a liking to rap at a young age. Influenced by his older brother, who had taken up rap in his spare time, he listened mostly to the works of Fabulous, Cam’ron, Jay-Z and Dipset. Unfortunately, not much else is known about his early life at this time.

Since then, the New Yorker has stepped into the rap game himself. Signing to Rich The Kid’s music label, Rich Forever, he collaborated with the artist a handful of times prior to making his solo debut. Some of his early collaborations include Rich Forever Way, Talk About, In My Coupe, I Don’t Answer, and Read About It.

Last fall, the rapper hit it big with a remix of his song, Did It Again. Co-written by Rich The Kid, who also makes an appearance in the cut, it quickly made waves upon being released to the online community. Streamable via Soundcloud, the single has since been played over 4.27 million times, making it Jay’s most popular release to date.

Not only has the remix been made available for streaming on Soundcloud, but it has also been uploaded to Youtube, where it has since garnered over 639,000 views.

From there, he released his next hit, Adlibs on January 10, 2017. Produced by Afterparty, the track earned many praises from the rapper’s ever-growing fanbase. To date, the song has been played over 2.27 million times on his Soundcloud account. Like before, accompanying visuals have since also been released on Youtube; already, it has been viewed more than 2.2 million times on the site.

Within a few months, Jay had dropped another single, Speak Up online. Produced by Nick EBeats, it became available for streaming on Soundcloud in August 2017, much like his earlier efforts. From then until now, the song has obviously picked up traction, having garnered over 2.4 million plays on the site. On Youtube, its official music video, posted to World Star Hip Hop’s channel, has been played more than 2.7 million times.

On top of what he’s earned from the above singles, the emcee also pulls in a decent amount from putting on shows throughout the year. Since his first public performance in Los Angeles, California last December, he has hit the stage numerous times across the United States, from New Jersey to California. Just earlier this month, he performed at the Smiling Moose in Pittsburgh, Pennsylvania.

Let’s also not forget about his Youtube channel- since it was first launched in 2013, he has amassed over 13,000 subscribers with close to 2 million video views. As of October 2017, Jay’s most popular video, In and Out has been viewed over 824,000 times. Some of his other top hits include Get Bucks, and Free Melo.

Assuming that his Youtube videos are monetized through Google’s partnership program, he’d earn a few dollars for every 1,000 ad views that he receives on his channel. Given that he has a total of 1.9 million views, this would translate to approximately $1500-$3800 in earnings.

No, as far as we can tell, the New Yorker is not married. With that said, not much has been revealed about his dating life.

Does Jay Critch Have Any Children?

No, Jay Critch does not have any children that we know of at this time.

Did Jay Critch Go to College?

From what we can tell, Jay Critch has not gone to college- though this is simply speculation.

Where Does Jay Critch Live? Pictures of Jay Critch’s House

Assuming he hasn’t moved, Jay Critch currently resides in his hometown in Brooklyn, New York. Seeing as how not much has been divulged about his personal life, we do not have any further information on his location at this time.

What Kind of Car Does Jay Critch Drive?

It is currently unclear what kind of vehicle Jay Critch drives.

Despite being a relative newcomer, Jay Critch’s growing popularity has already led him to be able to put on several concerts over the past year. At the time of this posting, he has an upcoming show in Cambridge, Massachusetts on October 15, 2017.

How Much Did Jay Critch Make Last Year?

At this time, it’s unknown how much Jay Critch has managed to pocket in 2016.

As mentioned earlier, the Brooklyn artist has released a handful of singles this year, including Speak Up, and Adlibs, both of which have been played over a million times online. Of course, he has also been busy putting on concerts across the country.

Want to stay on top of his news and announcements? Go and follow the rapper on social media- you can find him on Twitter at @jaycritch730.