Alfie Deyes Snapchat Name – What is His Snapchat Username & Snapcode?

Alfie Deyes is among the growing number of YouTube celebrities nowadays. His journey, beginning as a hobby, has now become a lucrative empire with millions of fans both offline and online. Read on and find out more about Deyes and his whereabouts on the Internet:

Alfred Sidney Deyes was born on September 17, 1993, in the London Borough of Enfield. At the age of four, Deyes and his family moved to Brighton where he attended primary school. During these times, he was involved in a variety of activities such as competitive gymnastics and musicals.

In 2009, Deyes grabbed the family camera, made a video about what to do during a rainy day, and uploaded it on his YouTube channel. He also filmed additional content which focused on his activities like playing with friends or skateboarding. The channel soon received recognition and Deyes found himself being stopped in the street by strangers for pictures. He decided to make the hobby into a profession and started the channel PointlessBlog.

The channel quickly gathered millions of views and subscribers. Deyes branched out with two additional channels which focused on vlogging and gaming, and these also had subscribers by the millions. Due to his soaring popularity, Deyes was crowned as among the “web-savvy entrepreneurs to watch” by Yahoo! News in December 2013. Additionally, he was featured on the cover of magazine Company with the issue focusing on “Generation YouTube”. Moreover, he broke several Guinness world records such as having the most number of party poppers popped in half a minute. Finally, he got the chance to collaborate with other YouTubers like Tanya Burr, Tyler Oakley, and Miranda Sings. He also worked with Ariana Grande on a video where the singer did his makeup.

In 2014, Deyes ventured to writing and published his debut book The Pointless Book which consisted of activities that readers can do. It also came with an app where people can interact with Deyes himself. The book found a spot on the bestseller list of The Times of London for 2014 and sold 30,000 copies during the first two weeks. During a book signing at Piccadilly Circus, Deyes was mobbed by 8,000 fans which forced the authorities to establish road closures and utilize helicopters. Eventually, the event was rescheduled to a different location where he was not ganged up by legions of screaming fans. The Pointless Book was followed by a sequel on March 2015 with similar content, and a third installment hit the shelves on July 2017.

Deyes also got himself involved on music. In 2014, he was part of the charity supergroup Band Aid 30 as they worked on the single “Do They Know It’s Christmas?” which raised funds for the West African Ebola virus epidemic. He was also part of the “YouTube Boyband” which consisted of notable names in the industry like Joe Sugg and Marcus Butler. Together, they raised money for British charity Comic Relief. 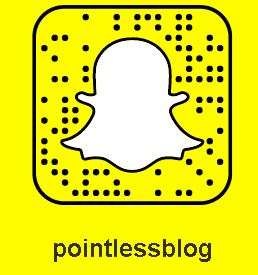 Alfie Deyes Kik Username or Code – Deyes does not have an account on Kik.