Blake Gray is a 16-year-old from Texas who is most well known for his social media presence. He has almost 3,000,000 followers on Instagram, and 3.6 million followers on the app musical.ly. He’s been on multiple tours, including Mag-Con 2016.

How Blake Gray Got Famous

Blake Gray was born on January 9, 2001, in Cypress, Texas. While we don’t know much about his personal life, Blake and said that he is close to his mother and brother, and credits them for all of his achievements.

His brother’s name is Austin Gray, and years older than Blake. He grew up in Texas, and he has a love for sports. He started getting involved in the app musically at a young age, and create content that generates millions of views. Blake has come out and said that he is been a victim of bullying, and it is one of his greatest causes.

Blake Gray rose to stardom with a combination of both musical.ly and YouNow  – a live stream video broadcasting/chat site- accounts, where he posted engaging content that ranges from crazy and funny to charming and sweet. With his millions of views on those platforms and his eventual move to Instagram, he had plenty of views with which turned into stone cold cash.

Now, instead of just performing on social media, he goes out on tour to meet his fans and perform in person. Between conventions like Mag Con, Digitour, and the Boys of Summer Tour of 2017, Blake has certainly been keeping himself busy. Frequently, he does Meet & Greet.Me tours with fellow social media influencers such as Corbyn Bresson, Hunter Rowland, and Brandon Rowland.

In addition to his social media empire, Blake Gray also does some modeling, which the ambitious teenager eventually wants to turn into an acting career. He snagged a contract with the clothing designer XESPANSIONE in 2015, and he claims he is the youngest model to work with the company. On his website, you can purchase a signed Blake Gray graffiti poster for just $20 for the 11×17 print. Is that inches or feet? The website doesn’t specify, but either way, you’re sure to be satisfied with your purchase.

In 2016, Blake got into a very public internet brawl with his tourmates, Hunter and Brandon Rowland. The controversy happened when Blake took a playful dig at a photo of Hunter, implying that the teenager’s muscles were photoshopped in. This spiraled out of control since Hunter has deep-seated insecurities and body issues. His brother Brandon got involved, people were called out on social media, ignored and blocked on phones, they each called each other their only friends – it got messy. The two did eventually reconnect.

After they performed and toured together on the DigiTour, fellow social media stars Blake Gray and Baby Ariel got together in 2016. Sadly. the young relationship did not make it to the one year mark, and they ended things in the summer of 2017. 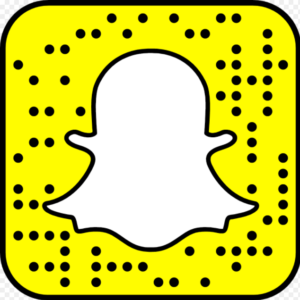 It seems like the social media personality is not interested in Facebook. Blake does not seem to have an official Facebook page for his brand, and if he has a personal profile, he sure isn’t sharing it with just any random stranger on the internet.

Blake Gray joined Twitter in July of 2015 and has amassed over 650,000 followers since then. He uses the microblogging platform as a way to communicate with his fans, in addition to alerting them to his new tour dates. He posts about how he goes to dinner with his family, laments about his lack of sleep and inspiration, and asks his fans to send him a joke after the Las Vegas massacre and his parked car was hit in the same week. Recently, Blake Gray announced his United States meet and greet tour via Twitter.
What is Blake Gray’s Musical.ly Username?

Blake has well over 3 million fans on musical.ly, which is a social media site where it’s mainly young fan base uploads short music videos of themselves lip-syncing, singing, dancing or even comedy.
What is Blake Gray’s Instagram name?

Blake Gray has over 2.9 million followers on Instagram, where he posts lots of photos of his life as a social media star. There’s a fun combination of professional-looking promo pics, ugly car selfies, and candids of the musician and his friends and fans. He has also shared a video of his pledge to stay drug free, which is a nice touch for all his younger fans.

What is Blake Gray’s Kik Username or Code?

Blake, like most of the social media celebrities, does not publicly participate in the messenger app. If he does have a username on Kik, he is not sharing it publicly with his fans.
What is Blake Gray’s YouTube Page?

Blake Gray is on YouTube under the username blakegray. He shares vlogs about how he suffers from depression and also posts challenges, occasionally with his girlfriend. He has 342,658 posts on the video posting site. Blake goes through phases where he posts a lot, then loses interest. His last video, where he reads dirty fanfictions, was posted over 4 months ago.