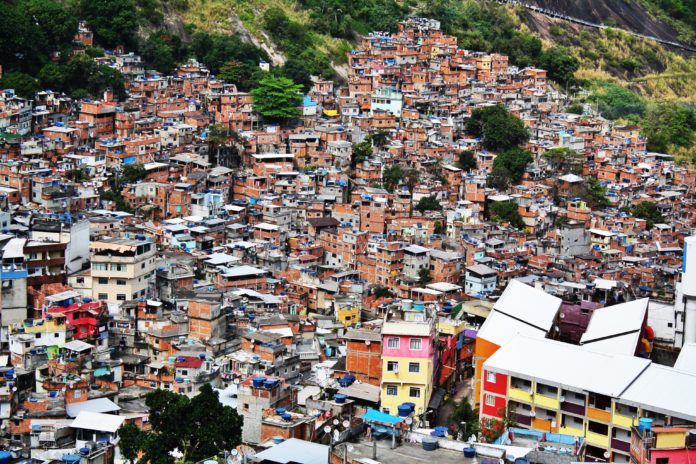 A Spanish tourist was killed by police during a tour of Brazil’s largest favela on Monday. One police officer was detained over the shooting, which happened after the car went past a checkpoint. On Tuesday, an official said that two military police officers are now being held over the death of the tourist.

Maria Esperanza Jimenez Ruiz was shot in the neck after the car went past the checkpoint, according to police. The police officer who shot at the car reportedly stopped after realizing they were tourists. The incident happened at the Rocinha favela, which is the largest in the country.

The group traveling in the car had a tour guide. The driver reportedly said he didn’t see a checkpoint or a signal from police to stop. A police inspector said officers could not see inside the car because of the dark tinted windows.

The police inspector said that the officer who fired the shot was arrested on suspicion of manslaughter. He confirmed that a second officer was arrested after shooting into the air.

The Spanish tourist was traveling in the car with her brother and sister in law and the guide. The police inspector said that the incident happened as they left the Rocinha favela, which is considered one of the safest in the country. The car continued for a short distance until stopping at another checkpoint, where the passengers noticed that Jimenez Ruiz had been shot.

The favela is considered one of the safest in the country but recent clashes between gangs have forced police to set up checkpoints in the area. Authorities have responded to the incident by saying that they will investigate why a tour company was bringing tourists to an area that has seen clashes in recent months.

In recent years, the army and police have been sent to the favela to stop the violence. Rocinha is said to be one of the safest favelas but experts recommend tourists to have a tour guide when entering one as they know which areas are safe to visit. Two months ago, a British woman was shot after getting lost and entering a favela. Last year, an Italian tourist was killed when he and his cousin entered a favela. Police said the two Italian tourists took the wrong road when looking for a beach.