Brickhouse Bar and Grill Update- What Happened After Bar Rescue? 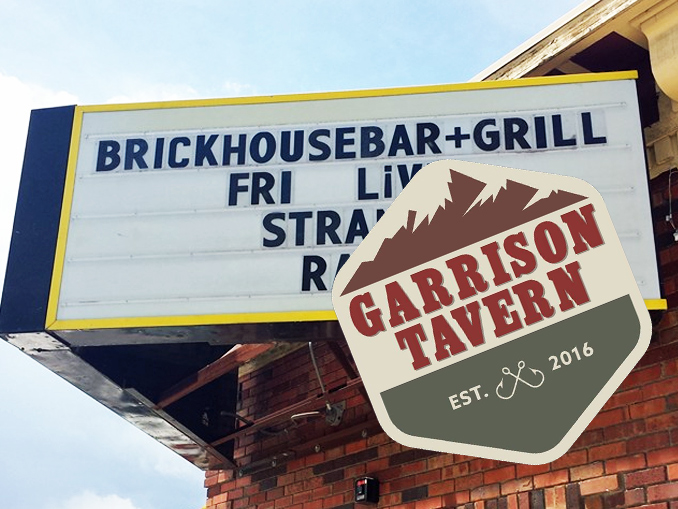 John Nichols is owner of the Brickhouse Bar and Grill. After college, he went into the army prior to 9/11, and was married in 2010 between deployments. His son, Rodney, was born as he was out on deployment and lived more than half his life without his father. John got divorced later on, and it was pretty tough – now, everything he does is for his son Rodney. In 2012, John left for tour, and in 2013 he returned. He went on to do a third tour and returned home in 2014. That same year, he bought the Brickhouse Bar and Grill with the hopes that he could kick back and enjoy his investment.

However, he soon learned that running a bar was more work than he could imagine. The bar was previously a biker bar, and he has been doing a lot to fix the reputation. He’s had to change it and do marketing enough to start the bar over from the ground up. Battling to keep his business afloat, John struggled with dealing with the stress. His constant flirting with customers also causes tension with the bartender that he is hooking up with, Rita. Rita insists that John is an awesome man with a big heart, but he can be “the biggest dick.” The worst part is that John does not remember him – when employees see John cut loose on a Friday night, they tend to join him. Cook Ross says that he often feels like the only sober one in the bar.

Making matters worse, the staff has been forced to deal with subpar equipment; one of the biggest problems they have is inconsistency. Only one POS system works, one speedwell works, and the beer cooler is broken. The cooler runs at 55 degrees, so bartender Rita has to do everything she can to make the beer come out cold. John is currently $300,000 in debt and is gearing up to deploy again. If there isn’t a miracle or a hail mary, John will lose everything he has. In order to keep his floundering business afloat and salvage what’s left of his life savings, John has called in for help from Jon Taffer and Bar Rescue. 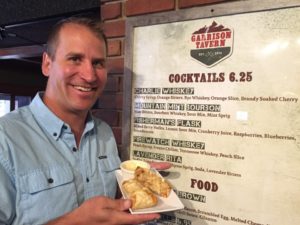 In Colorado Springs, Colorado, Jon Taffer explains the situation; they are about 60 miles south of Denver, but Colorado Springs is home to the United States Air Force Academy and a bunch of different other bases. This is a community built on military and military service. Jon pulls up to the front of Brickhouse Bar and Grill with his two experts, expert mixologist Phil Wills and expert chef Ryan Scott. Jon explains that he feels like he should be seeing hearses come out from the back of the bar.

Jon explains that there are 35,000 active military personnel in Colorado Springs, 70% of which are single. Colorado Springs is actually a growing area, too, and not many people are emigrating to other cities. One interesting fact is that of all the rescues that Jon Taffer has done, most people have reached out online. John sent in a hand-written letter. He talks about how he has owned Brickhouse Bar and Grill for 2 years, has done 3 tours in Afghanistan, performed 53 Medivac operations in a 14 day period in 2007, but is currently losing $8,000 every month. He’s a hero, but unfortunately, he has nowhere else to turn to. To conclude, he is more than $300,000 in debt and has to return to Afghanistan in 6 months. If the bar goes down the tubes, he will have to file bankruptcy, which will affect his status in the military.

Inside the bar, the bar is empty aside from a few women sitting at the bar. John Nichols certainly does not look like a guy in serious financial trouble, Jon points out. The women order a shot of tequila from bartender Rita, who Jon explains is “close friends” with John. John calls for shots to be given to the group of women, and he seems to have no problem celebrating on his own. Bartender Liam frantically searches for the women’s tab, which has not been brought online. In the kitchen, Ryan explains that the dirty grease of the hood is dripping into the fryer oil, which gets into everything that is cooked in the friers. It’s like wiping a french fry on the hood and throwing it onto a plate.

Ryan also points out that Rita’s finger was in the grenadine finger, which makes it a disgusting grenadine mess – he also humorously apologizes to Phil Wills, saying that although it’s not his area, he can notice something that disgusting. Phil then explains that everything that was on her finger is going into that person’s drink, and they are then drinking it. John is only seen with the group of single women at the bar. There are no standard operating procedures, so the bartenders are either overpouring or underpouring.

For reconnaissance tonight, Jon sends in his four spies – two military tank commanders and their dates. Jon’s spies enter the 3,500 square foot space, with only 1 well, 1 POS system, and a kitchen in the back. The four spies sit at the table and attempt to order a Moscow Mule, which they currently do not have. They have no tin cups, and Phil points out that this is is a basic drink at any bar. One of the spies orders a beer, but the beer is served overly foamy and disgusting. Phil himself calls it “horrible,” and says that they are pouring out pitchers of foam. Foam is 25% beer, so every time you pour foam out, you’re pouring money down the drain.

John Nichols can be seen in the basement with a heat gun, melting the ice off the condenser. They have to do this every couple hours to keep the condenser working. John actually has a humidity issue on the condenser, so his solution is to use a hair dryer. He is actually pushing the moisture into the coils, and when he walks out, the freeze will actually be deeper – this is like putting on dry clothes while standing in the rain. John Nichols offers the women more free drinks, and the car of experts can only roll their eyes. A bartender tells him to get out from behind the bar, and Rita starts to get frustrated as John continues to take pictures with the girls at the bar. The entire scene deteriorates quickly, and Jon storms in to set things right. 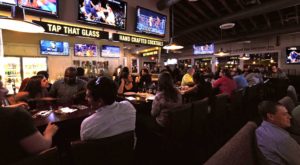 After the Bar Rescue filming attempt, Brickhouse Bar and Grill was renamed to The Garrison Tavern. This name was kept, although John Nichols may no longer be the owner – within the week of Bar Rescue finishing their makeover, the bar was listed for sale on Loopnet. The description reads “3,580 sqft Bar and Grill with Full Kitchen; Will be featured on hit T.V. Show Bar Rescue in 2016.” The bar was also listed for sale on Craigslist, with asking prices ranging from $148,000 to $159,000.

However, the bar’s renovation appears to have been a success, as numerous critical reviews flooded in on Yelp praising the renovations. The scenery is more pleasant and pays tribute to the military nature of the community, as well as a revitalized menu. It seems like though John Nichols is no longer involved, people love The Garrison Tavern. It currently has an outstanding 4.3 review on Yelp across 38 different reviews, and a nice 4.6 star review on Facebook. This Bar Rescue episode was filmed in late July into early August of 2016.