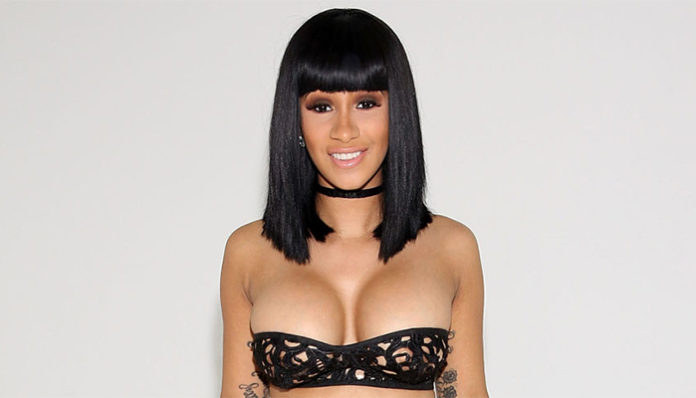 Hailing from The Bronx, New York, Cardi B worked as an exotic dancer prior to becoming famous on the Internet in the mid 2010’s. Supported by a large online following, she was eventually cast in the VH1 reality series, Love & Hip Hop: New York in 2015. Making her debut in season six of the franchise, she starred alongside many others including, Tara Wallace, Amina Buddafly, Remy Ma, and a few others. A main cast member for two seasons, she was featured on the show from 2015 to 2017. Ultimately, it was thanks to the series that her popularity rose as much as it did over the past two years.

Since she left the show in early 2017, she has been featured in a handful of other programmings such as The Wendy Williams Show, The Tonight Show Starring Jimmy Fallon, Hip Hop Squares, and Jimmy Kimmel Live. In fact, she even made her official acting debut in an episode of the drama thriller, Being Mary Jane. Aside from her television career however, Cardi B has also been focused on other things- one of which includes ventures into the fashion industry. In the recent months, she has graced several magazines including the cover of The Fader’s in August 2017.

Another thing that she has been focusing on is her music. A hip hop artist, she had released a couple mixtapes- Gangsta Bitch Music Vol. 1, and Underestimated: The Album, even prior to her major label debut. Eventually signing with Atlantic Records, she dropped her debut single, Bodak Yellow earlier this summer on June 16, 2017. Her breakout hit, it ended up topping the US Billboard Hot 100 for three consecutive weeks, making her one of only a handful of female rappers to have ever achieved such a feat. Not only was the song successful in the US, but it also charted overseas in countries such as France, the Netherlands, New Zealand, Sweden, and the UK.

Aside from her solo releases, Cardi B has also done a number of collaborations with other musicians. For instance, she has worked with the likes of Red Cafe, D.R.A.M., G Eazy, Cashflow Harlem, TJR, J.R., and Josh X. Some of said tracks include, Want My Love Back, Gimme Head Too, Heaven on My Mind, No Limit, Cute (Remix), and Right Now. Adding to that, she has also made guest appearances in the works of Juicy J, Popcorn, Shaggy, and N.O. Corleone. In support of her recent projects, she has also been on the road since early this year- in fact, she’s still performing as we speak! For more information on her tour dates, please visit her official website.

Cardi B initially rose to fame on Instagram where she garnered a decent following. From there, her popularity grew further after she was made a main cast member of Love & Hip Hop: New York in 2015.

She is currently 25 years old.

Cardi B was born in The Bronx, New York. Growing up, she was raised in the Highbridge neighborhood though she often spend time at her grandmother’s house in Washington Heights, Manhattan.

She is of Dominican and Trinidian descent

Is Cardi B in a Relationship?

Cardi B has been dating American rapper Offset since October 22, 2017- they are often seen together in public.

Previously, she had dated Tommy Geez and DJ Self.

She has a sister named Hennessy Carolina.

As far as we can tell, Cardi B does not have any children.

As a teen, she went to a small specialty school called the Renaissance High School for Musical Theatre and Technology.

Did Cardi B Go to College

Upon completing high school, she went to the Borough of Manhattan Community College. In order to pay her tuition fees, she worked as a stripper at a local strip club. Despite this, she eventually ended up dropping out prior to obtaining her degree.

At this time, we do not have any details on Cardi B’s salary.

She enjoys shopping and listening to music in her free time

As far as we can tell, Cardi B is not on Snapchat