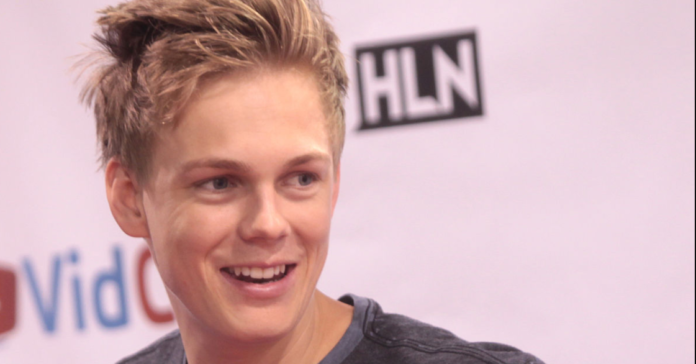 Caspar Lee is a famous British YouTuber who is most well known for his series of vids where he conducts interviews with famous people such as Channing Tatum, High School Musical’s Zac Efron, and Liam Payne of One Direction. He has also been in several movies, including The SpongeBob Movie: Sponge Out of Water, well, at least the UK version. He raised money in 2014 for Comic Relief, a British charity organization, by singing in the YouTube Boyband. Caspar was also in two different travel documentaries with another Youtuber named Joe Sugg. The 23-year-old already has a biography that was written by his mother Emily Riordan, and he contributed to it. It was published in May of 2016.

How Caspar Lee Got Famous

Caspar Lee was born Caspar Richard George Lee on April 24th, 1994 in Paddington, England. His parents – Jonathan and Emily Lee – moved him and his older sister, Theodora, to South Africa early in his life. They were in a gorgeous rural town called Fort Nottingham, where they lived until they moved to Durban, SA. In 2013, Casper revealed that he had been diagnosed with Tourette syndrome at the age of 6 years old.

Caspar went to an all boys school in Durban until he turned 11. They moved around frequently, and when he was 13 he attended a school called Oakhill High School in Knysna, and eventually moved on to Crawford College in La Lucia. Unfortunately, his parents ended up filing for divorce. He was deeply saddened by this, although he confessed that it led to a better relationship with each of his parents individually.

On November 10, 2011, Caspar Lee joined YouTube. His first channel was called discasp, which was short for Director Caspar . He just started vlogging, with no real direction until a year later, when he started to become serious about making a career out of this YouTube thing. He had moved to London at that point, the channel had started to gain more viewers. Caspar was now 17, and I’m sure YouTube looked like a better career than getting a boring office job.

His channel started going viral, and he decided to create a new one. Once he moved to London, he began to meet other people that were famous on YouTube. He shared an apartment with YouTuber Joe Sugg, who he eventually when did his travel documentaries with. Joe was YouTube famous for his channel PointlessBlogs. Caspar ended up working with more famous YouTubers such as Tyler Oakley, Dan Howell, Shane Dawson, as well as Grace Helbig. His YouTube fame earned him parts in movies, and he is also the co-author of his own biography.

And he first started his channel, Caspar has gained over 7 million subscribers, and won the best YouTuber award, was featured in Yahoo! News’ article “The 12 Web-savvy Entrepreneurs to Watch,” and was nominated for various other awards in both the UK and America. It’s not hard to see that Caspar Lee is clearly going places.

While Caspar has managed to mostly stay out of the way of the drama within the YouTube community, he still managed to find himself in some. In 2016, YouTube ended up putting a restricted label on his Snapchat Truth or Dare video because someone dared him to drink bleach, and he pretended to do it for the video. This caused YouTube to throw up the content restriction because they saw it as encouraging others to do things that may cause them to get badly hurt. As his audience is primarily made up of younger viewers, they were upset that they were unable to watch the video. They ended up protesting YouTube, but to no avail. The video is still restricted today.

Caspar is fairly secretive about his romantic life. He has been confirmed to have dated Gaby Jones from October of October 2013 to June 2014. They did videos together, but he changed the description of his Youtube video “Meet My Girlfriend Gaby” to let his fans know that they were sadly no longer an item. He has been rumored to have dated Rebecca Black and Maisie Williams, but neither account has been confirmed. As of October 2017, he has been dating Madeleine Thea, a famous Instagram model. She is featured in many of his recent videos. 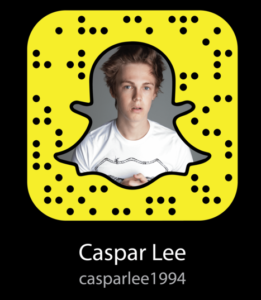 Caspar Lee has over 1.5 million followers on his official Facebook page, and you can join them by clicking here. It does not appear that he has a personal Facebook profile, or at least not one that is available for public viewing. He often posts his new Youtube content to the page, such as his August 2017 video of him going on a “blind date” with Channing Tatum. Occasionally, he also posts memes.

Caspar is even more popular on Instagram than he is on Facebook. His page boasts 3.7 million followers, which you can connect with in your common appreciation of the Youtuber by clicking right here. Caspar Lee’s recent photos are of him giving a speech to school children in the United Kingdom, him and a friend in front of a helicopter, and a group photo at a birthday celebration for his best friend and roomie Josh Sugg.

Caspar uses his Twitter account to interact with his fans, and post his musings on life. He recently posted that he “sleeps in order to garner more energy to eat,” which is a sentiment that I can get behind. His Twitter handle is caspar_lee, but you can join his 5.31 million followers by clicking here.