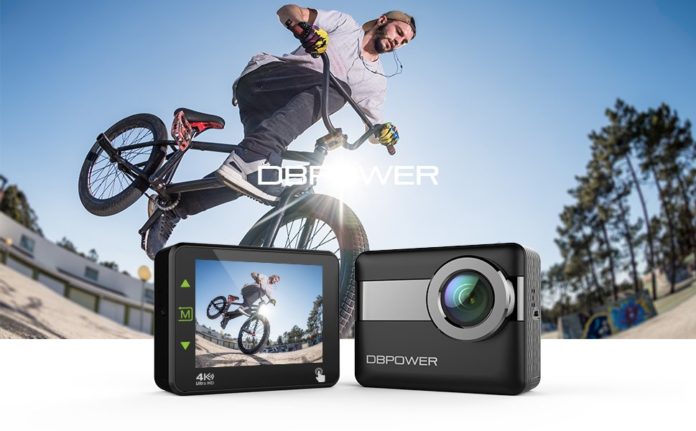 Action cameras have become very popular in recent years, and with good reason. Prior to the action camera, it was really difficult for people to record themselves partaking in…well, action. These devices are used to capture first-person footage of all sorts of things, from hikes to road trips to extreme sports. They are cameras that are uniquely designed to allow for use in high-stress situations. They’re usually built to be much more durable than a traditional camera, although sometimes that means sacrificing video quality. The most well-known action camera is probably the GoPro, which was probably the first action camera to really break into the mainstream. Although I don’t think that the quality of the GoPro can be denied, they’re pretty expensive. Are there any GoPro alternatives out there?

Luckily, since the success of the GoPro, plenty of alternatives have emerged. These cameras are typically much less expensive than the name brand action camera, and they don’t usually sacrifice much quality in the process. There are tons of action cameras out there, but in this article I’m going to be specifically talking about the DBPOWER N6 4K Wifi Action Camera. I’ll talk about the camera’s technical specs and features before I get into how well it actually functions in practice. 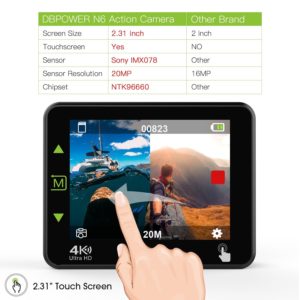 When you’re talking about actions cameras, there are a lot of things that you’re going to want to look at. Obviously, you’re going to want to know how your footage is captured. This camera can record at two different frame rates, through two difference resolutions. It can capture 4K footage at 24 frames per second, and 2.7K (which is also known as 1440p) at 30 frames per second. These frame rates are pretty standard in action cameras for these resolutions, and it’s really cool that a camera this inexpensive can record at 4K. When you’re dealing with 4K, though, it’s important to make sure that you have a display that is capable of outputting 4K images. If you don’t see a difference between either resolution when you output them, then your display is to blame. If that’s the case, then you should just record through whichever compatible resolution that gives you the highest frame rate.

It’s also important to consider the durability of the camera. An action camera is usually used in a much more reckless way than a typical camera. It’s something that should be able to withstand drops and bumps. The DBPOWER N6 4K Wifi Action Camera is definitely designed for durability. The 2.31″ touchscreen really adds to the overall user experience, but it’s also noteworthy for being made of Gorilla Glass. This means that you don’t really have to worry about scratches or cracks as much as you would with a traditional touchscreen. This device is also waterproof, which means that you can take it with you while you surf or dive or swim or anything else that would result in it getting wet. It can only withstand water up to a depth of 30 meters, which in my opinion is plenty of depth for just about any application. 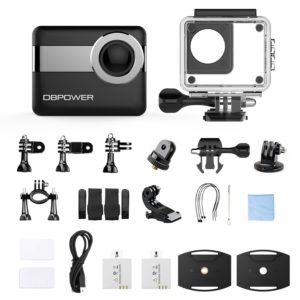 If you’ve ever gone out and bought any kind of tech, I’m sure you’re familiar with the experience of buying something that has all of these great features, but ends up falling flat. Usually, this is due to low quality hardware or software that adds up to produce an unsatisfactory user experience. Luckily, that isn’t something that you should encounter with the DBPOWER N6 4K Wifi Action Camera. Let’s take a moment and go over what really makes this camera so great to actually use. First of all, and this is thanks to DBPOWER, it includes a ton of different accessories. When you purchase this camera, you don’t just get the camera itself. You get all of these mounts and tools, which each have their own applications in capturing footage through an action camera. By including these accessories, you’re able to save a lot of money that you would’ve otherwise spent by going out and buying each accessory elsewhere.

The touchscreen is also a great feature of this device. It may not seem like much, but when you consider how many cameras use confusing wheels and buttons and dials to allow you to navigate through different menus, a touchscreen is a huge step up. It’s already an easy camera to use, and this feature boosts it up even higher. It’s also worth noting that the DBPOWER N6 4K Wifi Action Camera has a lot of merit as a traditional camera, for taking photos. Although the wide angle lens captures photos that are usually way bigger than what someone would want in a photo, you can crop the images to get more reasonably sized photos. In general, you shouldn’t encounter any unpleasant surprises if you decide to purchase this device. It’s well-designed and well-constructed, and it does everything that you would expect it to do, just as well as you would expect it to do it.

Is the DBPOWER N6 4K Wifi Action Camera really worth it? 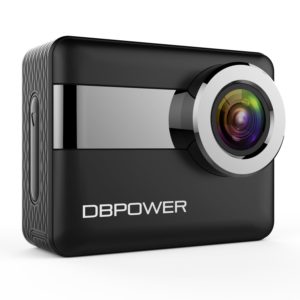 Whenever you’re looking into making any tech purchase, I think it’s really important to do some research before you pull the trigger. Hopefully, after reading all of that, you feel a little bit more informed about the DBPOWER N6 4K Wifi Action Camera. If you’re really interested in buying this camera, you may be wondering if it’s worth the price tag. First, I think I should mention that most action cameras cost around this price. This camera is a little more expensive than others, but I think that’s fair when you factor in things like its touchscreen and 30 meter waterproof ability, which not all action cameras come equipped with. When you compare its price to that of a newer GoPro, it is much less expensive. You’re obviously sacrificing a little bit of quality by not buying a GoPro, but I think that the difference is negligible when you consider how much money you’re saving.

I also wanted to take a moment to talk about the versatility of action cameras in general. Although they’re meant to be used in sports or nature-related applications, there are no rules saying that you can’t just use them as regular cameras. The ability to take high quality photos with this camera goes along with that principle. These are cameras that are usually priced at a much more reasonable level than “traditional” cameras, and they’re able to perform most of the same functions. So even if you don’t need an action camera and you’re just looking for an affordable camera, then I feel the need to point you in this direction. If you need a camera for any reason, and if you’re looking to save a little bit of money, I highly recommend that you take a closer look at the DBPOWER N6 4K Wifi Action Camera. I doubt that you’ll be disappointed.